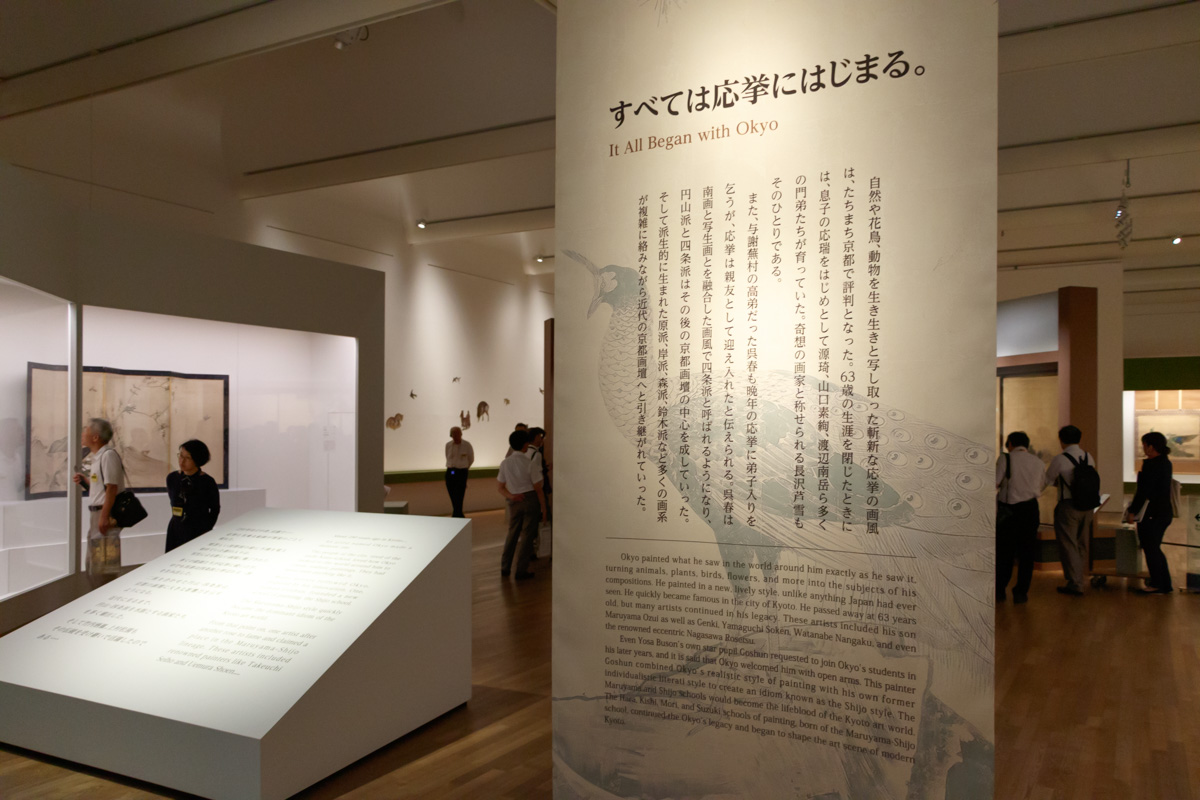 From Saturday, August 3, 2019, at the University of Tokyo Art Museum in Ueno, Tokyo,
“From Maruyama Ooori to Modern Kyoto Art” is held.
(Until Sunday, September 29)

The other day, this exhibition's news preview was held, and this time we will deliver the report. 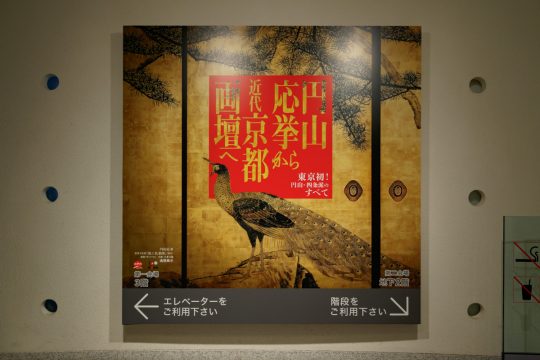 Maruyama Oori was born as a peasant child in 1733 (Kyoho 18) near Kameoka, Kyoto (Aita Village, Tamba Kuwana-gun).
However, life is difficult because of the poor family environment, and he was said to have been sent to the ministry from an early age.

One of the company's customers, Owariya Kanbei, was a toy dealer that handled floats, telescopes, peep glasses, and dolls.
With the opportunity to draw eyeglasses there, Orai studied under Yui Ishida, who was cultivating the flow of the Kano school, and learned the perspective method of Western painting through eyeglasses. I refined the technique of painting.

The name will be called "Orai" from 1766 (Maywa 3).
And while meeting Yuten, the master of Mitsui-ji Enman-in Temple, and receiving various orders, he produces a number of masterpieces and continues his career as a painter.

A sketch (drawn sketch), which is created during this period and reflects the raw life.
In the era when the basics of painting at that time were only Yamato or Chinese paintings, Orai's live-action paintings were simple and easy to understand, and would spread the paintings as familiar to the common people.

Fascinated by such a friendly and free-spirited painting style that is not bound by old traditions, there are many introductory students from all over the country, and in the 1780s, a leading school called the Maruyama school was formed and it became a school that can organize workshops I will continue.

What are Maruyama and Shijo factions?

Along with the Maruyama school, there is the “Shijo school” in the school centered on Kureharu, who studied at Yosyo-an village and later studied under special circumstances.

The Shijo school is a painting school named after Kureharu and his disciples who lived around Shijo-dori in Kyoto.
Because the artistic style of Kureharu is influenced by Ojo, the two schools of Maruyama and Shijo are called “Maruyama / Shijo” as the two major schools, and the mainstream of Kyoto since the early days. It has a great influence on modern Kyoto art and has been handed down to the present day.

The highlight of the exhibition

By following the genealogy from Ocho, Kureharu to modern times, this exhibition approaches the full picture of the Maruyama and Shijo factions, and reveals part of the Kyoto picture platform, which is an important part of Japanese art history. There are roughly 4 chapters.
The number of exhibitions is about 100, including 8 important cultural properties and 2 important works of art, making it the largest exhibition ever.

The most noticeable thing is the three-dimensional display of Daijoji Rie, which is called the last masterpiece of Oomaru Maruyama. 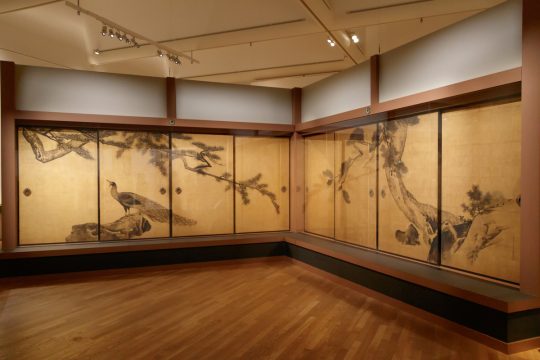 In addition, we will also introduce 32 paintings by painters who follow the “Maruyama / Shijo school” system, which is followed by Kureharu, Morimoto Yamamoto and Kameoka Noritori. 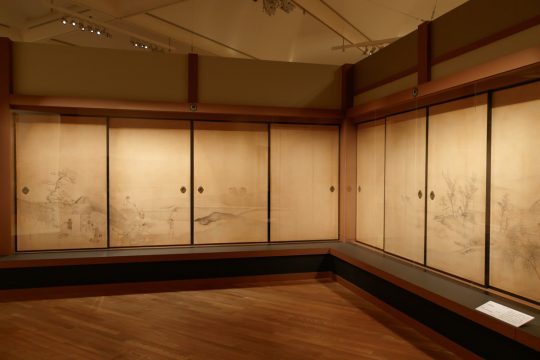 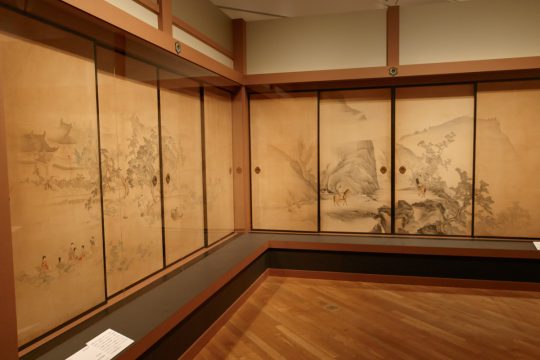 One of the highlights is that only the first part of the Tokyo exhibition will have an important art piece “Eguchi Kimitsu” on display. 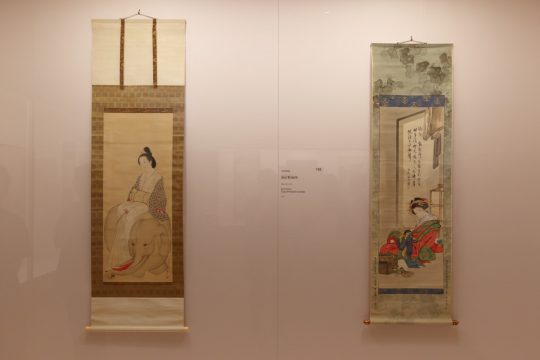 Photo (left) Maruyama Ohori “Eguchi Kimizu”, Kansei 6th year (1794) Important Art Works Shizukado Bunko Museum of Art * One of the few beautiful works that are rarely exhibited in the first half of the Tokyo exhibition . The human figure is characterized by a solid human body composition. The appearance of the hair falling down from the top of the hair is reproduced naturally. The photo (right) is Kono Satoshi “ Rain map '' Private collection, 1875 (1875)

Only the Tokyo exhibition is also on display for the newly discovered work, “Fish Seafood”. 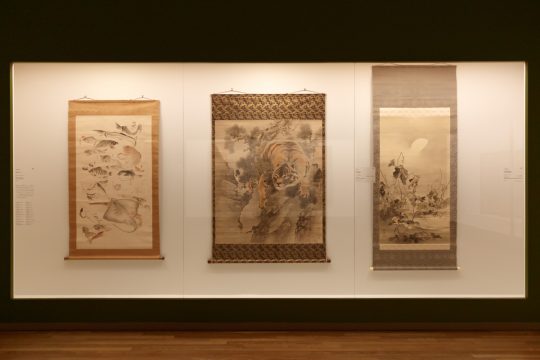 (Right) Kansai Mori et al. “Kyokai Dokushi” Private collection by Meiji 5-6 (1872-73) * Tokyo exhibition only for full-year exhibition Maruyama / Shijo group A total of 28 painters on one screen A collaboration depicting seafood. It is interesting to see that it is harmonious as if it was drawn by one painter at first glance, even though it was drawn by 28 people. (Middle) Kishikoma “Matsutora” Late work in the Edo period Tsunoya Preservation Society Maruyama A work depicting a representative tiger of the Kishi school that steps on the line of the school (right) Atsushi Kouno " Drawing of the Unloading", circa 1885 (Meiji 18), Tsuruga City Museum Collection 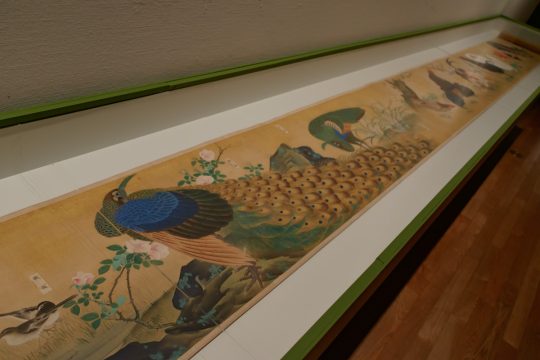 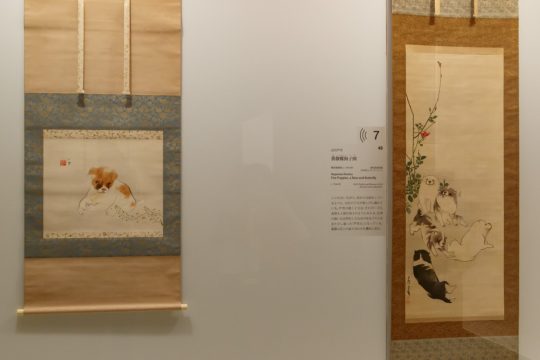 The Maruyama-Shijo school has nurtured Kyoto's unique culture against the Edo culture that evolved with rapid changes.
Why don't you touch the works of Maruyama and Shijo at the University of Tokyo Art Museum? 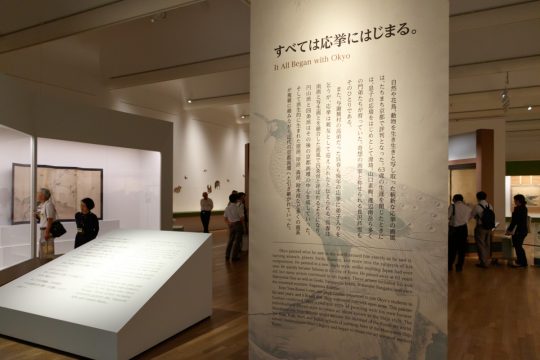 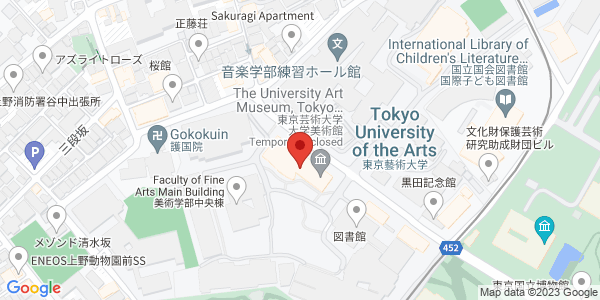