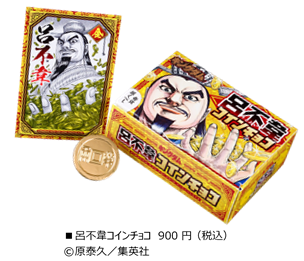 In 2021, which is the 15th anniversary of the serialization of the popular manga "Kingdom" serialized in "Weekly Young Jump" (Shueisha), the exhibition "Kingdom Exhibition-Shin-" where you can experience the overwhelming power and excitement of this work will be held. It will finally be held at the Ueno Royal Museum in Tokyo from June 12th (Sat) to July 25th (Sun) (after that, it will be touring the Fukuoka Art Museum nationwide).

To commemorate the exhibition, the "Official Visual Book" will be on sale. We will also introduce the newly released original goods. 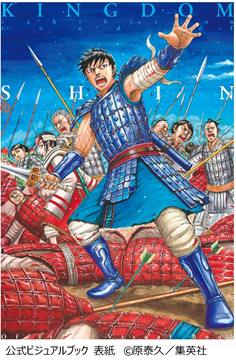 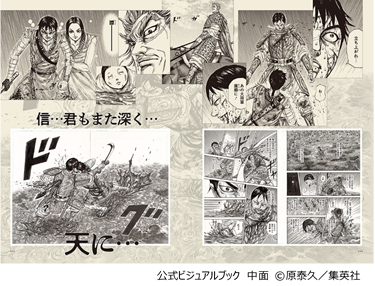 ◆ Kingdom Exhibition Original Goods
At the official exhibition shop that opens in the venue, many original goods planned and produced to commemorate the holding of this exhibition are lined up. Introducing the newly released lineup.
<Goods image> 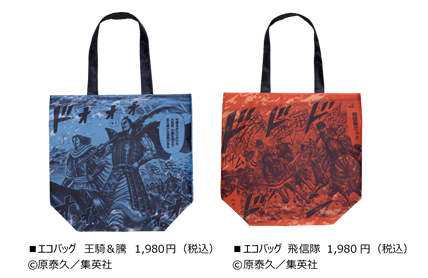 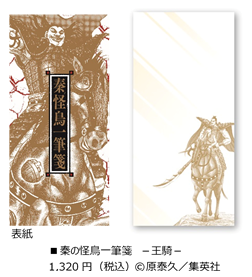 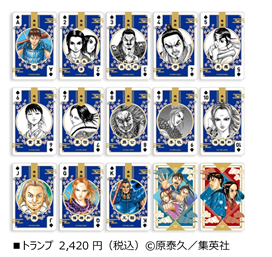 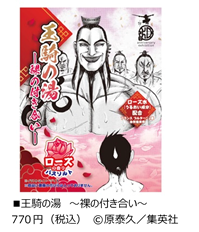 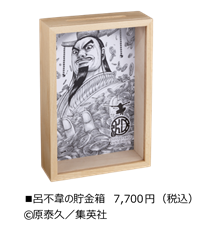 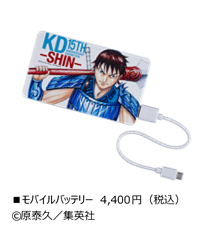 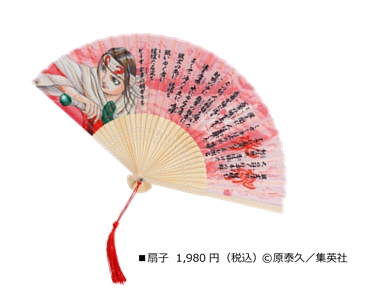 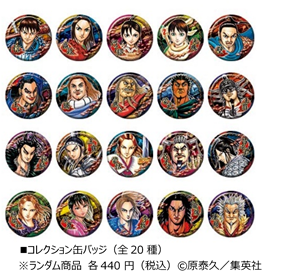 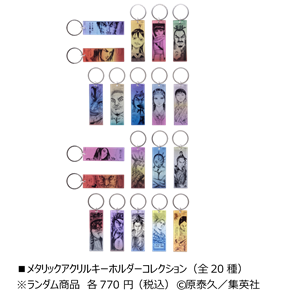 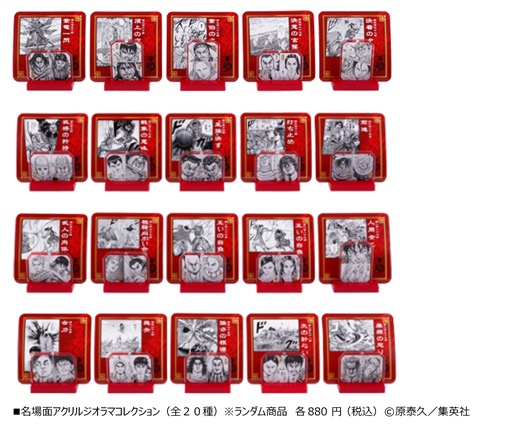 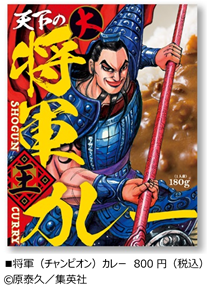 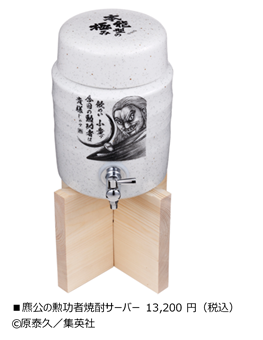 * We have a sufficient number of each product, but they may be sold out.
* At the official exhibition shop, you can only pay once per person.
* There is a limit to the number of items that can be purchased. In principle, you can purchase up to 5 items per item per person (excluding some items).
* There is no allocation of the number of goods in stock each day or each time.
* The purchase quantity limit may change regardless of whether it is before or during the session.
* The number of products is limited. Products may be sold out from the time of opening. In addition, we will inform you of the stock status up to the day before on the official Twitter of the exhibition, but it may be out of stock at the time of your visit. We cannot respond to inquiries regarding inventory (current inventory quantity, arrival schedule, etc.). Please note.
* The official exhibition shop does not accept reservations for out-of-stock items or deliver them at a later date.
* Product lineup, product name, price, design, specifications, etc. are subject to change. Details in that case will be announced on this site, etc. as soon as they are decided.
* Products may be postponed or canceled.
* The color and shape of the actual product may differ slightly from the photos shown.

Exhibition Official Twitter: @kingdom_exhibit
* The contents of the event are subject to change without notice.

◆ Work introduction: "Kingdom"
The time is BC, the Spring and Autumn Annals of China.
During this great war era, when the war continued for more than 500 years, there was a young king aiming to unify China and a servant who aspired to be a general in the world. The dreams of the two boys involve the fate of seven nations and the lives of more than 300 characters, leading to a magnificent future that no one knows yet. Chinese unification. A blockbuster authentic historical taiga comic that depicts the most endless battles in history.
61 volumes have already been published, and the cumulative circulation has exceeded 80 million (including the electronic version).
Received the 17th Tezuka Osamu Cultural Award Manga Award.
It was overwhelmingly popular in the serialization of "Weekly Young Jump," and became a big topic in the TV anime broadcast and the big hit of the live-action movie.
The third series of TV animation has been on air since April 2021, and the sequel to the live-action movie has also been decided to be produced.

◆ Writer introduction: Yasuhisa Hara
Born June 9, 1975. Born in Saga prefecture. The work he drew while attending university won the second prize in the Young category of the 40th Tetsuya Chiba Awards. After graduating from graduate school, he got a job as a system engineer, but he couldn't give up his dream of becoming a manga artist and left his place of employment. After that, in 2003, "Ha and Sen" won the Encouragement Award at the 23rd MANGA Grand Prix, which is the newcomer award of "Weekly Young Jump". In the same year, he made his debut with "Kongou" published in "Young Jump Special Edition Manzai" Vol.36. "Weekly Young Jump" started serializing "Kingdom" from the 9th issue of 2006.