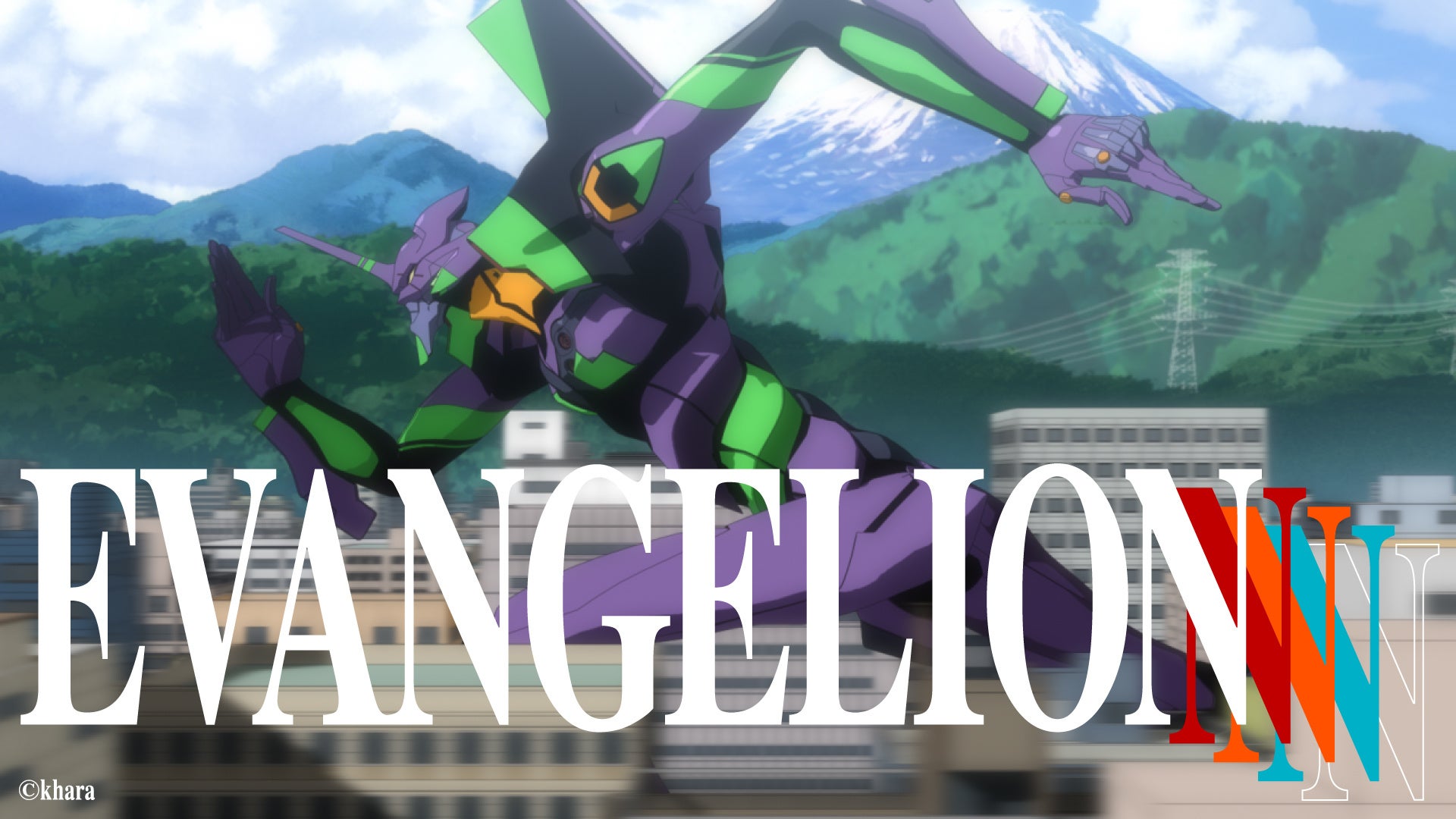 Since the TV broadcast in 1995, the brass band version concert "Evangelion" wind symphony of the "Evangelion" series that has fascinated many fans will be held in July 2022 Tokyo and August Osaka for the first time in about 3 years. did.

The performance dates and venues are as follows.

The "Evangelion" Wind Symphony premiered in September 2018 in Tokyo. The following year, 2019, it was held in Tokyo, Nagoya, and Osaka.
This time it will be held in Tokyo and Osaka for the first time in about 3 years.
The conductor will be Masamichi Amano, and the brass band will be performed by the Tokyo Kosei Wind Orchestra (Tokyo performance) and Osaka Shion Wind Orchestra (Osaka performance). Singer Yoko Takahashi will appear as a special guest and will sing two songs.
Also, from "Shin Evangelion Theatrical Version", a song with a new brass band arrangement will be unveiled for the first time.

Let's enjoy the world of "Evangelion" to the fullest with the powerful live music played by the wind orchestra!

<Notes>
* Preschool children cannot enter
* Performers may change due to unavoidable circumstances. No refunds will be given due to changes in performers.
* If you are using a wheelchair, please call the inquiries in each area.
* This performance will be held in accordance with the guidelines of the government, local governments and related organizations.
* If you have lost your ticket or forgot your ticket on the day of the event, you will not be able to enter the venue without a ticket.
* Tickets will not be refunded due to poor physical condition of the customer or infection with the new coronavirus, except when the performance is cancelled. When purchasing a ticket, please make a judgment based on your physical condition and environment.
* The name, emergency contact information, etc. registered at the time of purchase of this performance may be provided to public institutions such as health centers as necessary, in the unlikely event that a visitor is infected with the new coronavirus. ..

<Concert Q & A>
* What is Wind Symphony? It is a performance by brass band.
* There is no video production that is projected on the screen on the stage according to the performance. It is a concert only for performances.
* The performance time is scheduled to be about 2 hours including a break on the way.
* Regarding the sale of goods, we will announce it on our website as soon as the details are decided.
* There are no plans to sell live CDs for this concert.
* Shiro Sagisu will not appear. 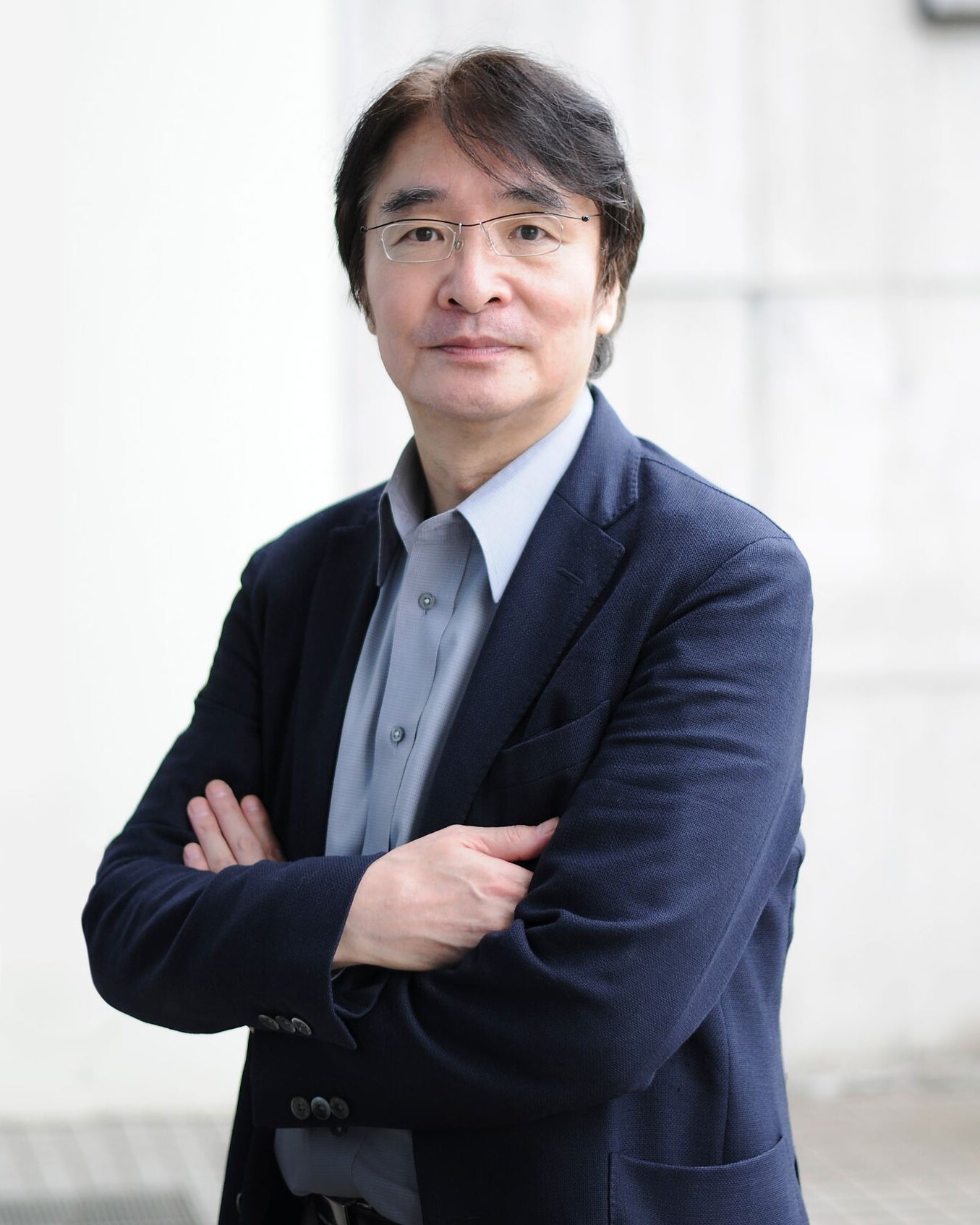 A composer and conductor who writes video music, contemporary music, popular songs, Jazz, enka and wind music without any discipline. Evangelion New Theatrical Version, Berserk, Advance Giant, Shin Godzilla, Shin Evangelion Theatrical Version, Shin Ultraman, Shin Godzilla vs. Evangelion Symphony, etc. Symphony Orchestra, Tokyo Philharmonic Orchestra, etc.). In charge of orchestral arrangement and arrangement at SEGA-sponsored Sympathy 2013, 2015 and 2021, and conducting and arranging after the late Naohiro Iwai at New Sounds In Brass 2015-2020.
He is the music director, composer, arranger, and conductor of the 62nd Akita Wakasugi National Athletic Meet, the 59th National Tree-Planting Festival, and the 29th National Cultural Festival.
For some reason, he graduated from the composition department of Kunitachi College of Music and completed the composition department of the same graduate school. Arrangement department).
He has also contributed and co-starred with Stevie Wonder, Ofra Haza, Eikichi Yazawa, YOSHIKI, Akira Fuse, Isao Tomita and others. 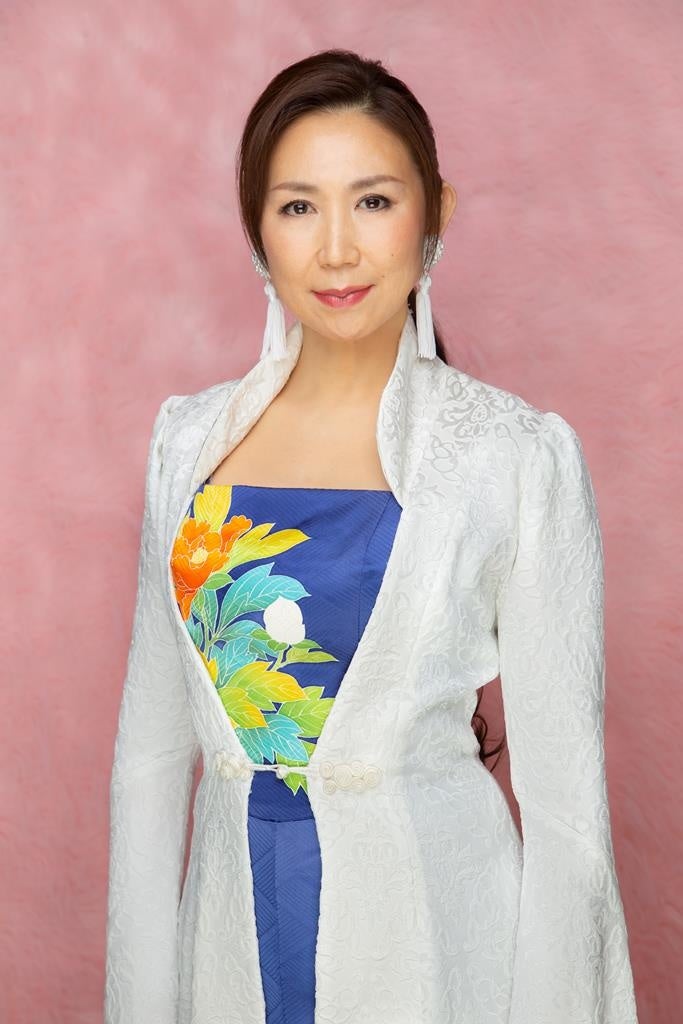 In 1991, he made his major debut as a solo singer with "PS I miss you" and won the Record Award for New Artist and the Wired Award for New Artist.
Before his major debut, he has been active as a backing chorus and studio musician at concerts such as Toshinobu Kubota and Yumi Matsutoya since 1987.
His representative works are "Neon Genesis Evangelion" theme song "Cruel Angel's Thesis" and "Neon Genesis Evangelion Theatrical Version Sito Shinsei" theme song "Tamashii no Refrain" released in 1997. Sales are continuing. Cumulative sales total about 1.75 million, 2.3 million DL / streaming 100 million times of distribution.
On July 24, 2019, the single "Cruel Angel's Thesis MATSURI SPIRIT",
On October 7, 2020, the vocal song selection CD "EVANGELION FINALLY", which was enjoyed along with the animation video in the "Evangelion" series, which includes many of his own songs, was released. On August 31, 2021, "Shin Evangelion Theatrical Version" vocal arrangement ver. "Shiro Sagisu what if? Yoko Takahashi ver. Normal version" was released. 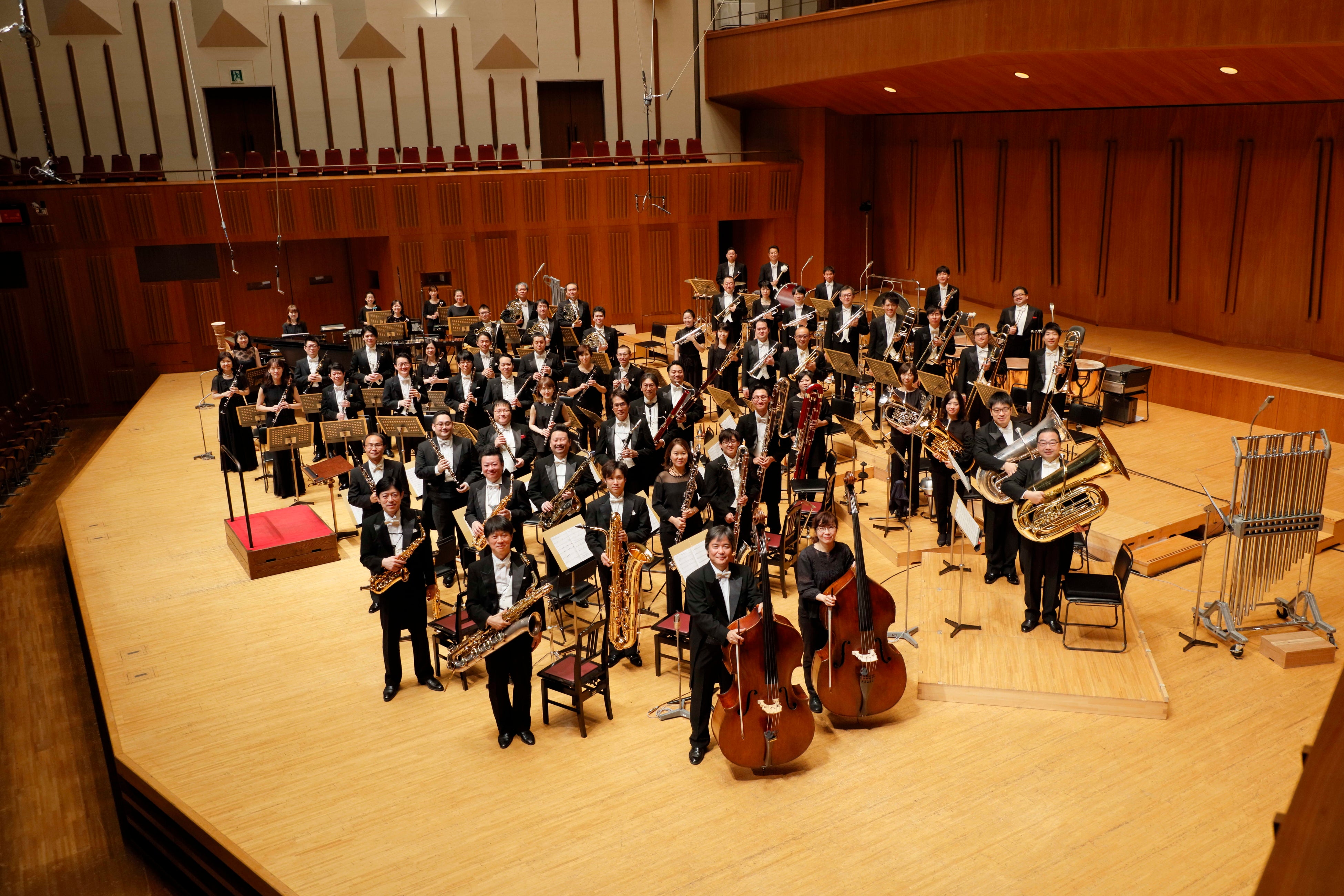 In May 1960 (Showa 35), Japan's world-class professional brass band was established as the "Kosei Wind Orchestra" attached to the Rissho Koseikai, and then renamed to the "Tokyo Kosei Wind Orchestra" in 1973.
Through the performance of a wide range of repertoires, including original brass band works, classical arrangements, pop music, and popular music, he has created a high level of musical artistry, and has developed a tube music ensemble that many people can enjoy, and has been well received at concerts around the world.
He has also appeared in many recordings, television and radio, and is making efforts to improve, disseminate and develop the brass band culture.
In 2020, the 60th anniversary of the orchestra will be celebrated, and from January of the same year, Takeshi Oi will be the regular conductor, Thomas Sanderlink will be the special guest conductor, Norichika Iimori will be the chief guest conductor, and Koichi Fujino will be the pops director. Independent from Rissho Koseikai from April 2022, he has been active as a general incorporated association Tokyo Kosei Wind Orchestra. 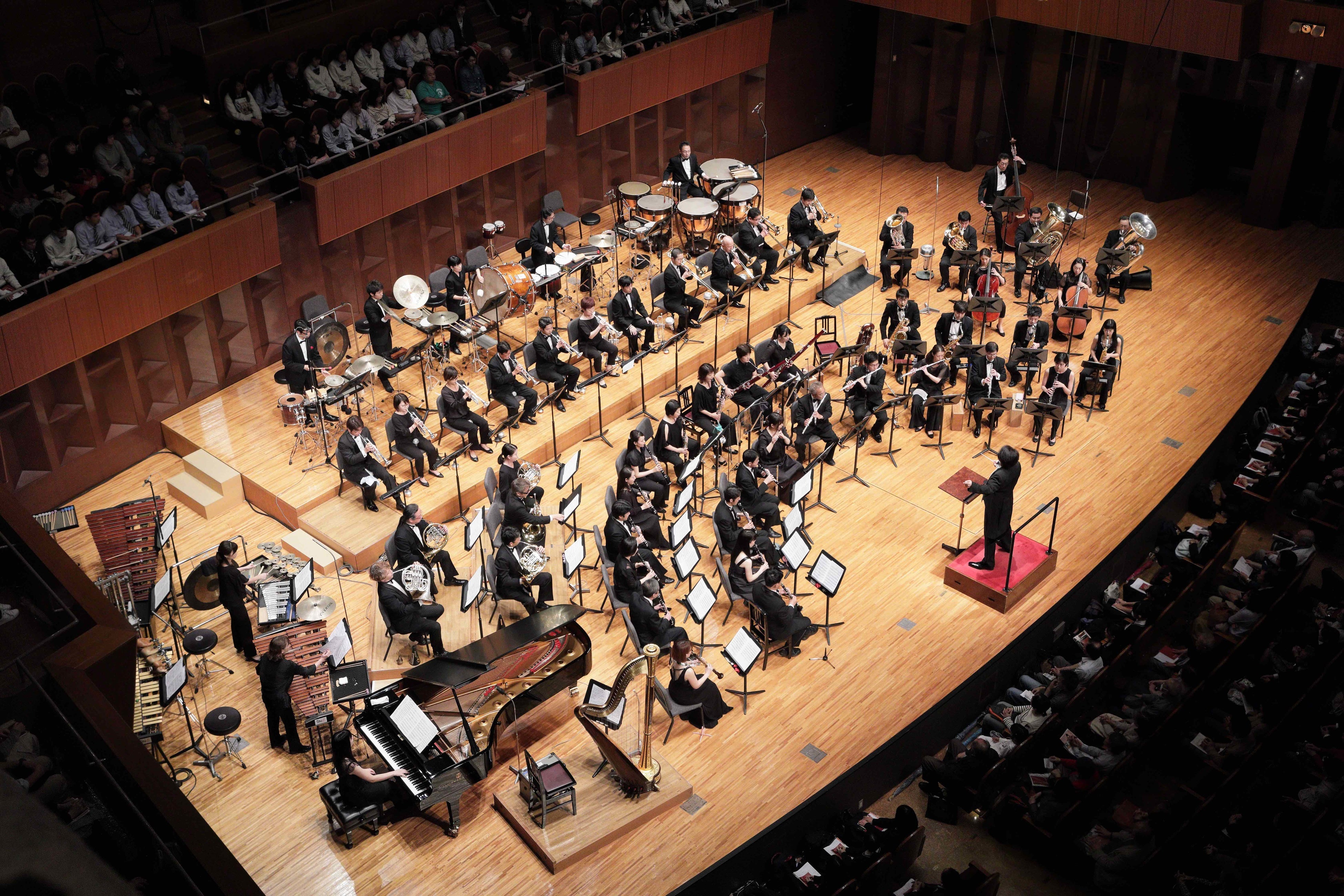 A symphonic brass band that has been nicknamed "Shion" since its birth in 1923 (Taisho 12). Renamed "Osaka Shion Wind Orchestra" from "Osaka City Music Group" in March 2015. We develop concerts that everyone can enjoy, from classical to popular, and we are focusing on improving and developing music culture through a wide range of activities such as concerts in each city, brass band classes, and CD recording. He has won the Osaka Cultural Festival Award, the Japan Private Broadcasting Federation Award, the Japan Brass Band Academy Award Performance Category Award, the Osaka Art Award, and the Naniwa Grand Prize three times. Currently, Akira Miyagawa is appointed as a music director and Kazuyoshi Akiyama is appointed as an art advisor.