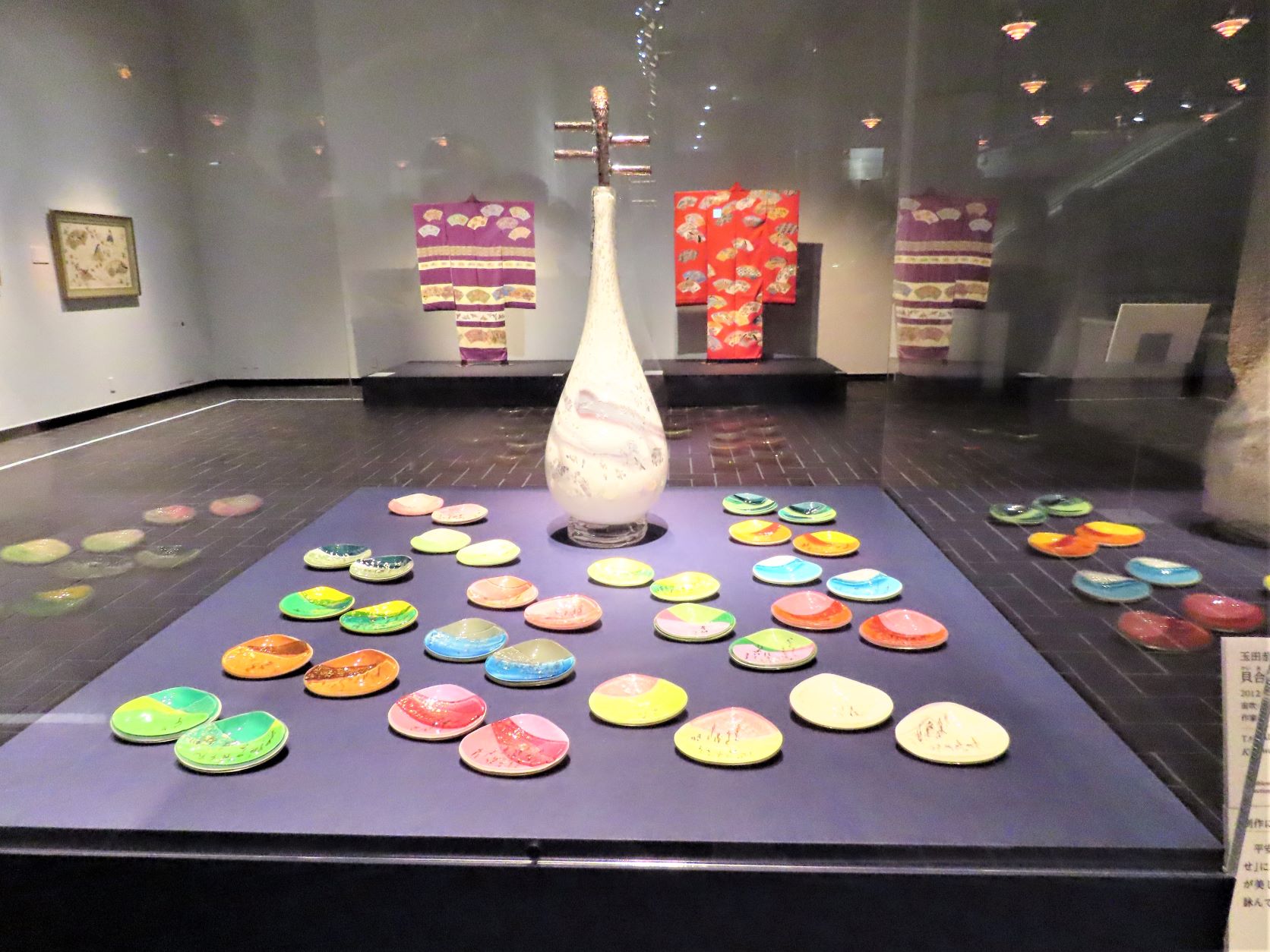 The Tale of Genji, the masterpiece of Heian literature that has been read for over 1000 years.

As the 6th installment of the "Ueno Artist Project" with the participation of artists of various genres, "The Tale of Genji that weaves beauty -Meguri Encounter, Eni Deep Shina-" was held.

This time, we will report on the press preview held prior to the event. 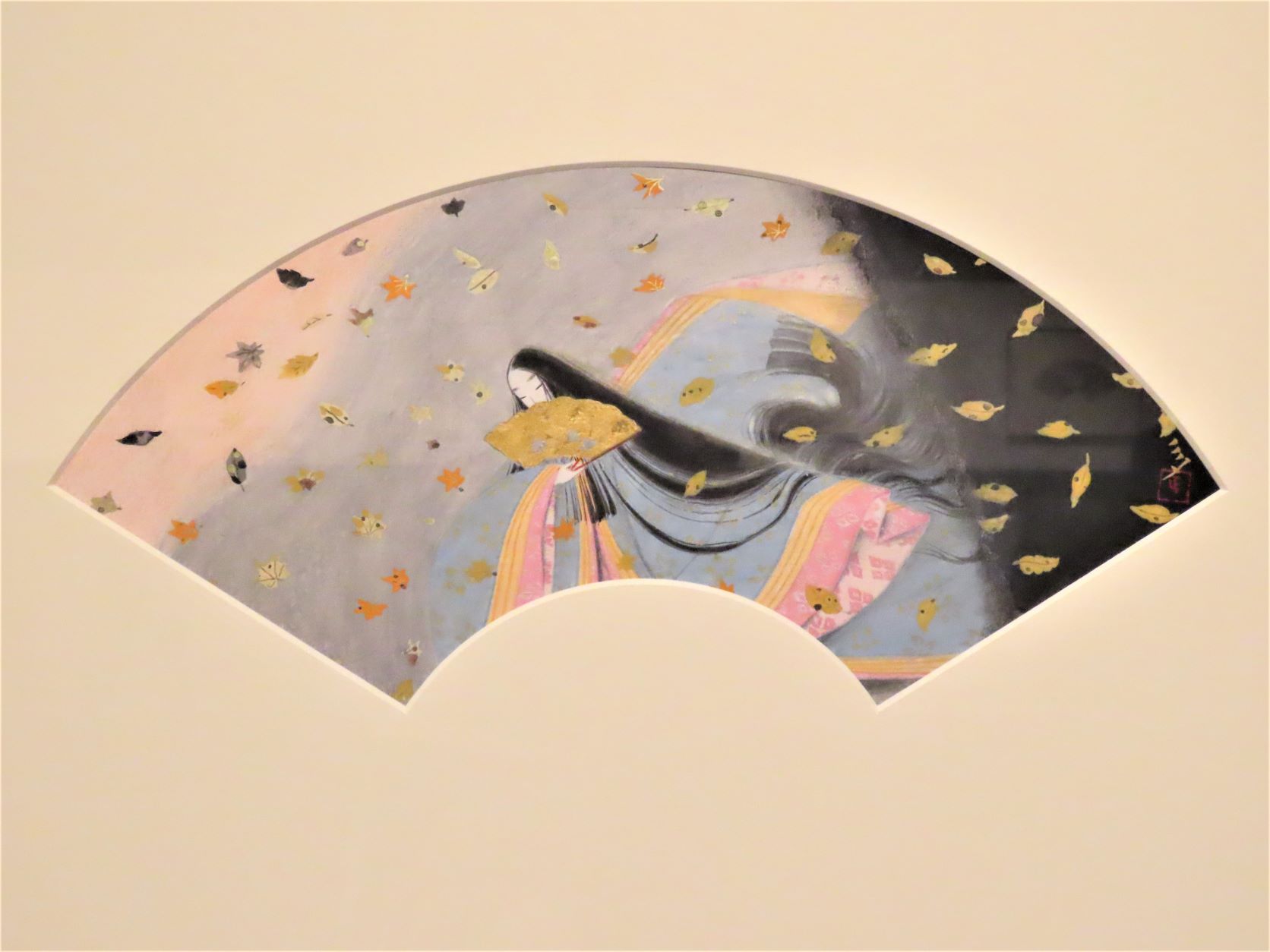 The "Ueno Artist Project" is a series launched in 2017 with the aim of inheriting the history of the Tokyo Metropolitan Art Museum, which is also known as the "hometown of public exhibitions," and developing it into the future. The theme of this project, which will be the sixth installment, is "The Tale of Genji."

The Tale of Genji is a literary epic written by Murasaki Shikibu in the Heian period and has been read unchanged for about 1000 years. In addition to the interpersonal relationships centered on the main character, Hikaru Genji, the beautiful scenes of the four seasons are depicted, and have captivated people across time and culture.

The world of "The Tale of Genji" expressed by seven writers 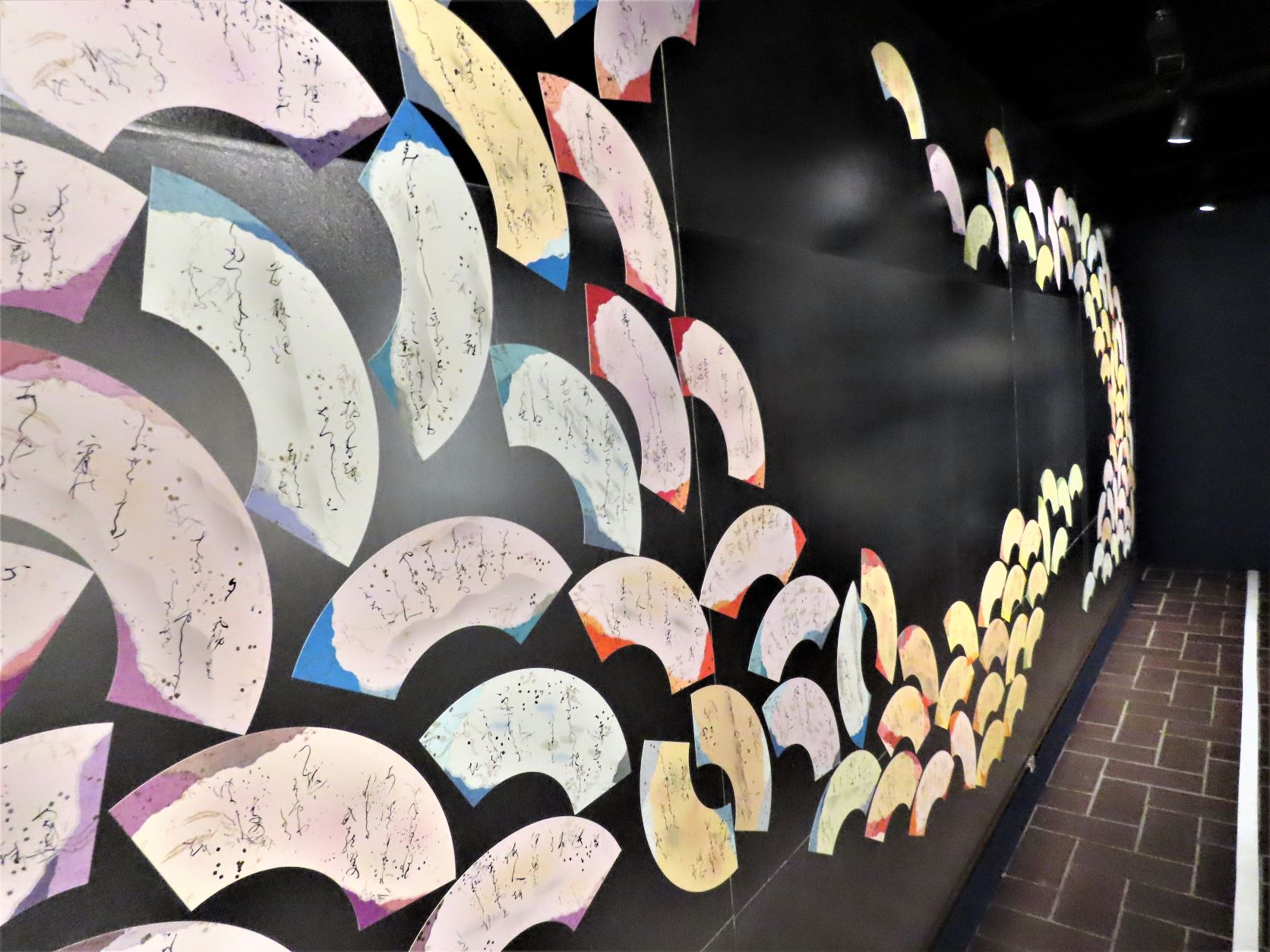 Riyoshi Takano, Seisei Ruten II ~ Hibiki ~ 54 chapters, gift-giving song "From the volume of Kiritsubo to the volume of Yume no Ukihashi", 2022, Collection of the artist 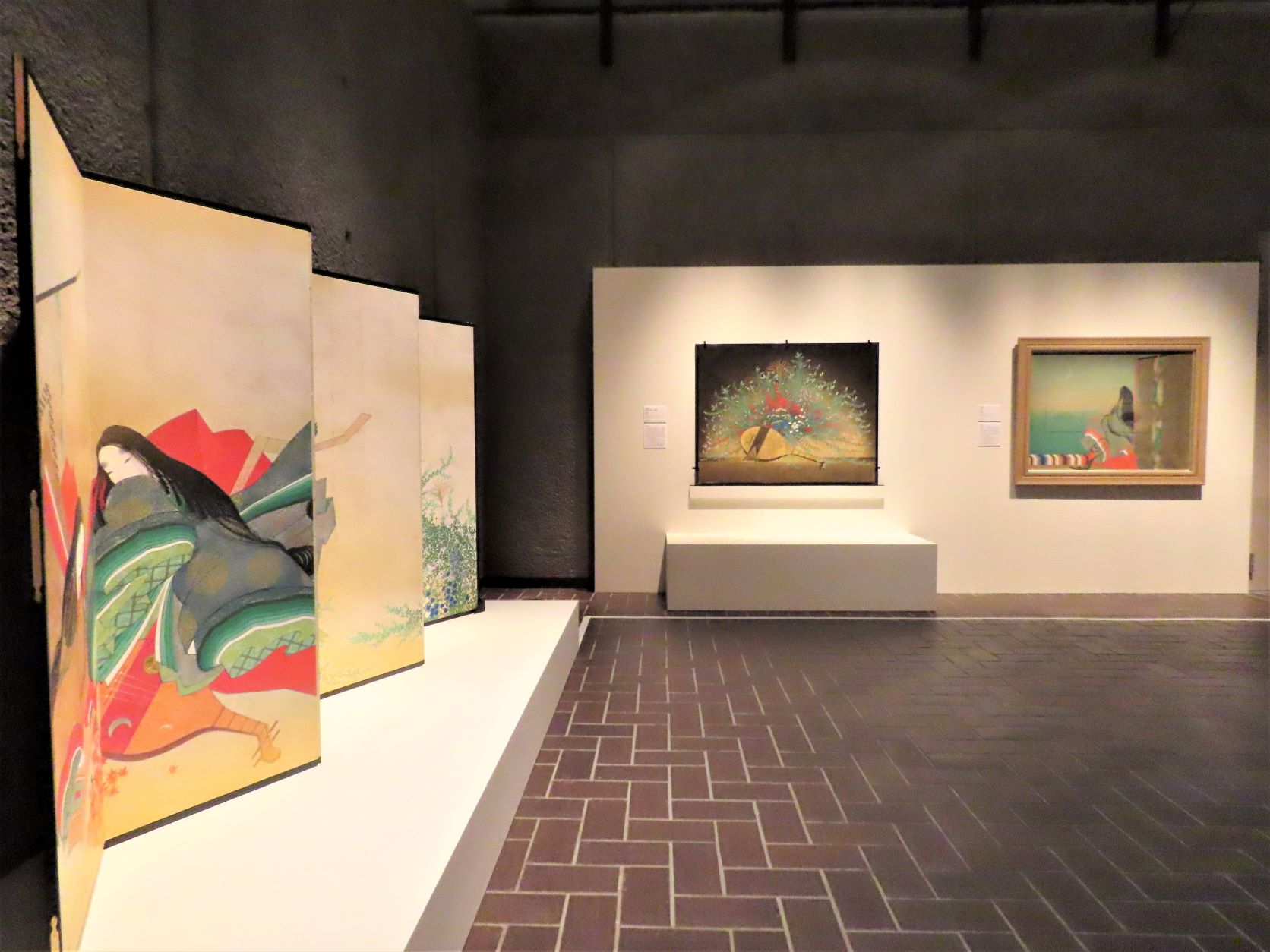 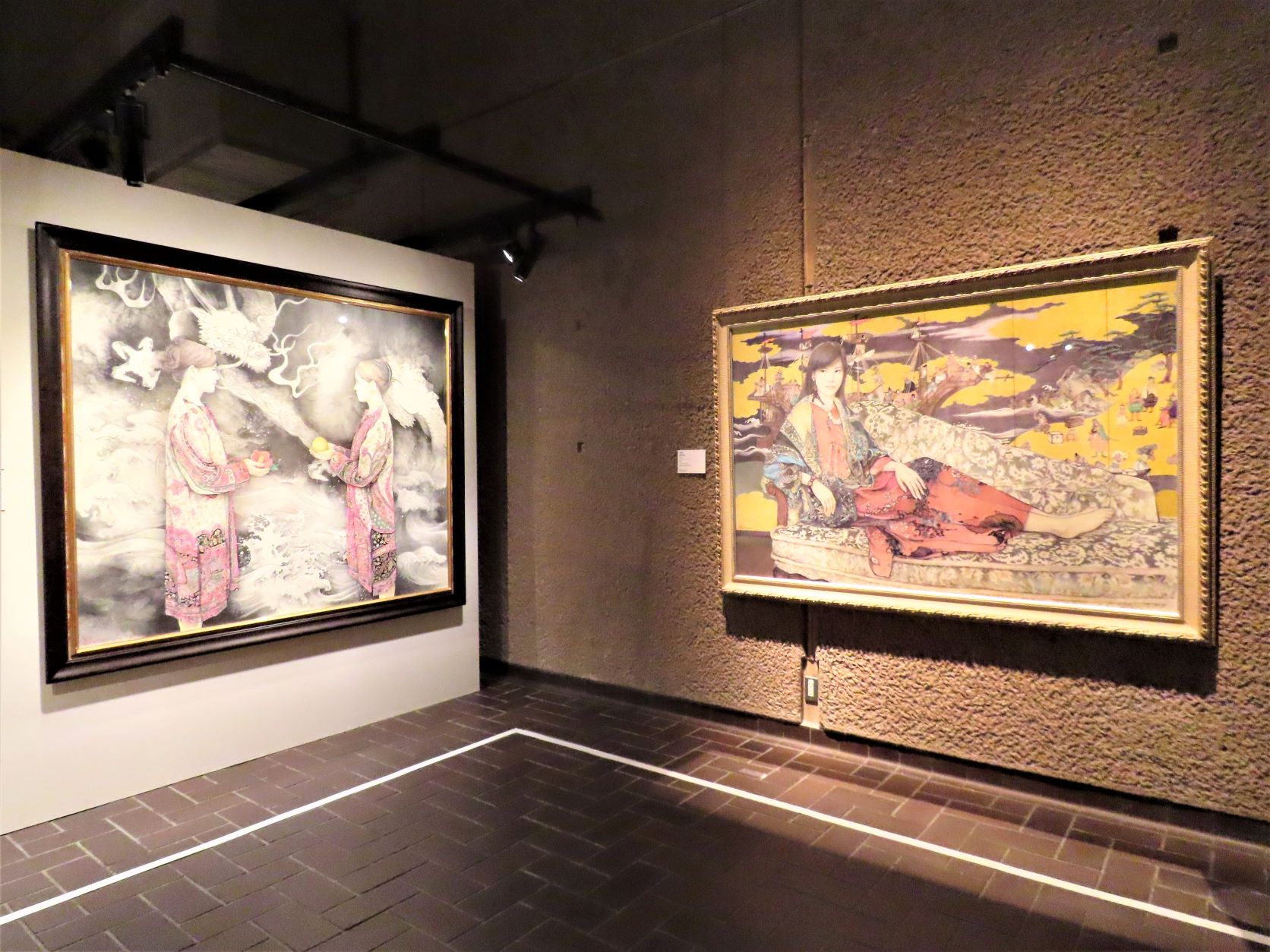 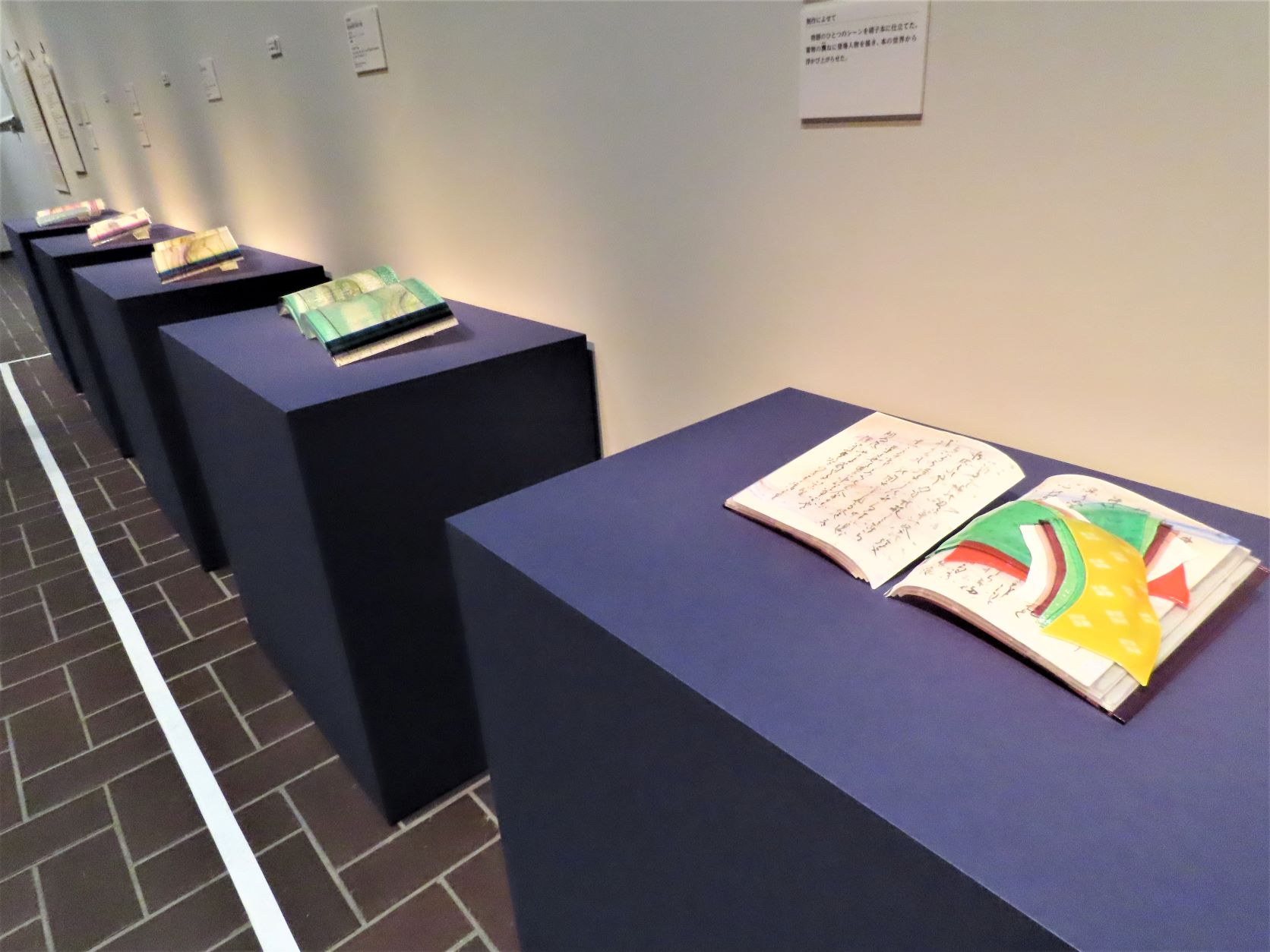 A work by Kyoko Tamada, a glass artist. Waka poems from The Tale of Genji are sealed inside the glass, creating a fantastic space.

The venue for "The Tale of Genji that weaves beauty – Encounter encounters are deep" will be held at Galleries A and C.
The genres of the works on display are wide-ranging, including glasswork , dyeing, calligraphy, and painting. I am reminded that it is a spun work.
However, it is not necessarily the case that individual writers are completely close to The Tale of Genji. Rather, I even got the impression that the motif of the Tale of Genji was used as a theme, and the wings of the imagination were spread freely. 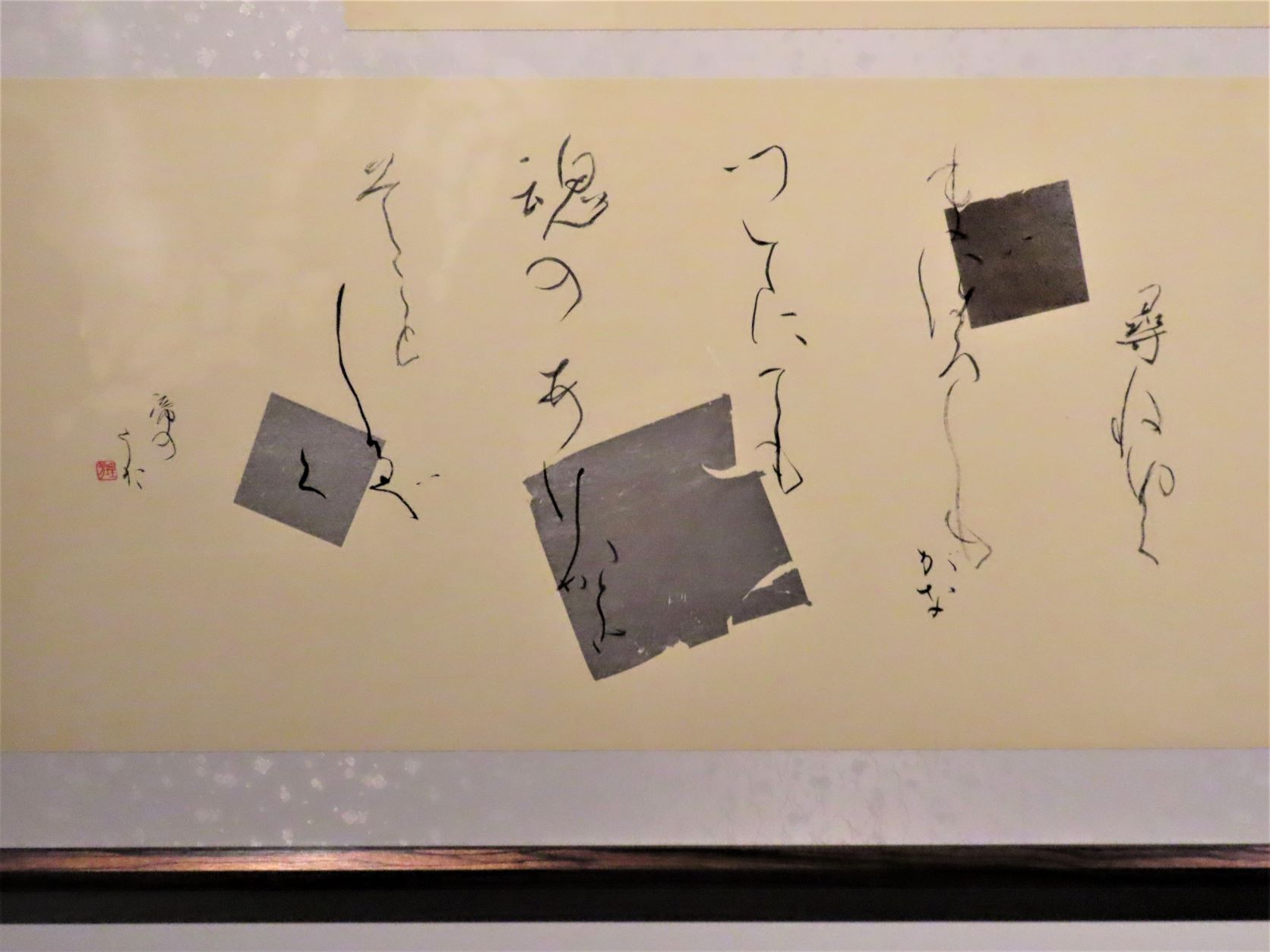 At the age of 6, he entered the Shunkei Calligraphy Institute led by Shunkei Iijima. After that, he studied kana calligraphy under Takayoshi Iijima.
In addition to continuing to write waka poetry based on the Tale of Genji, which remains unchanged over time, he has also worked on decorative works such as combining the image of the princess who appears in the story with colorful writing paper. is. 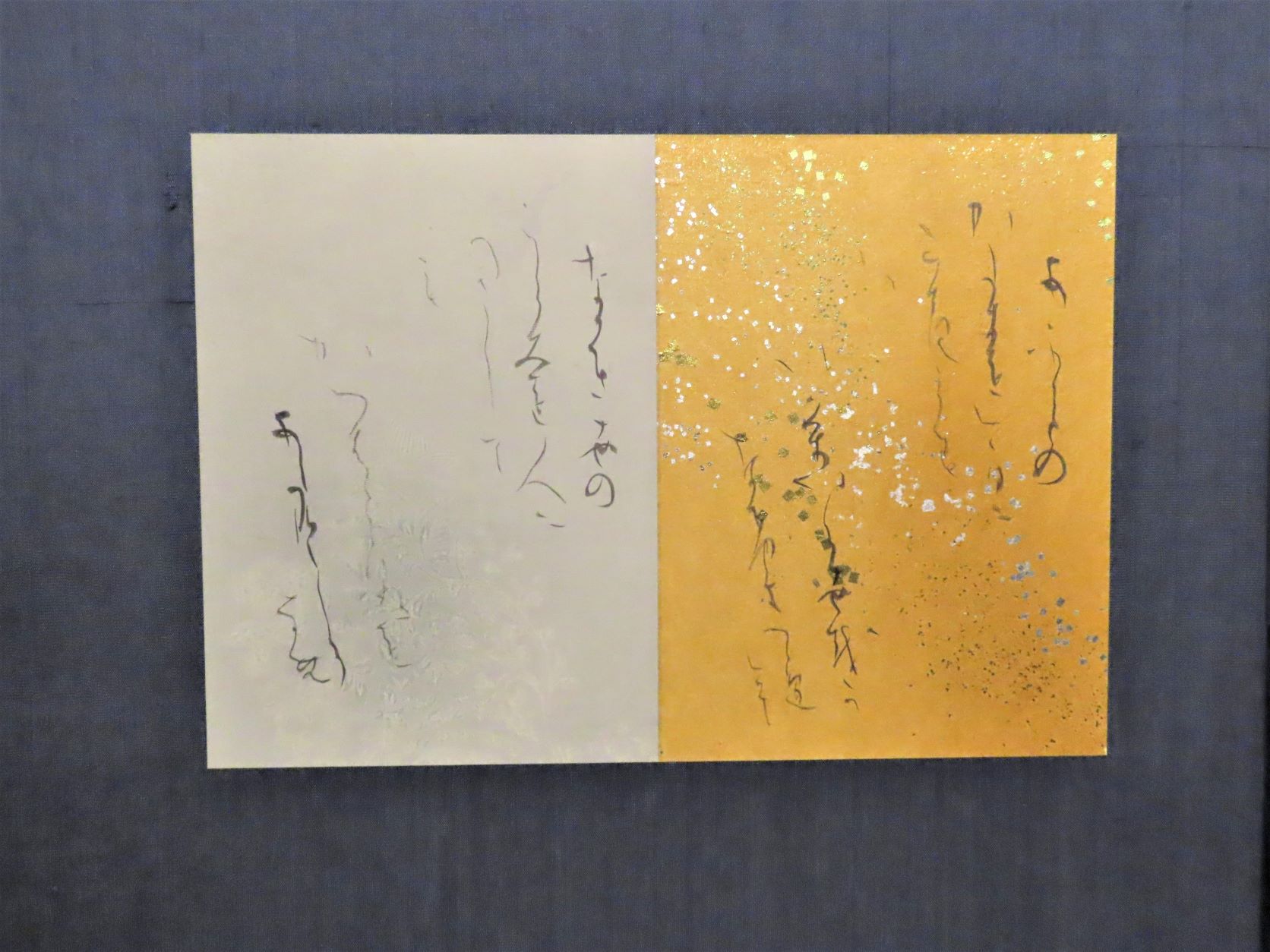 Born in Chiba prefecture. While still a student at Kyoto University, he studied under Kason Sugioka and learned that the aesthetic sense depicted in The Tale of Genji is the basis of kana calligraphy.
Fascinated by the Tale of Genji through modern translations and Yamato Waki's manga "Asaki Yumemishi", she has been working on gift-giving songs exchanged between Hikaru Genji and various women. 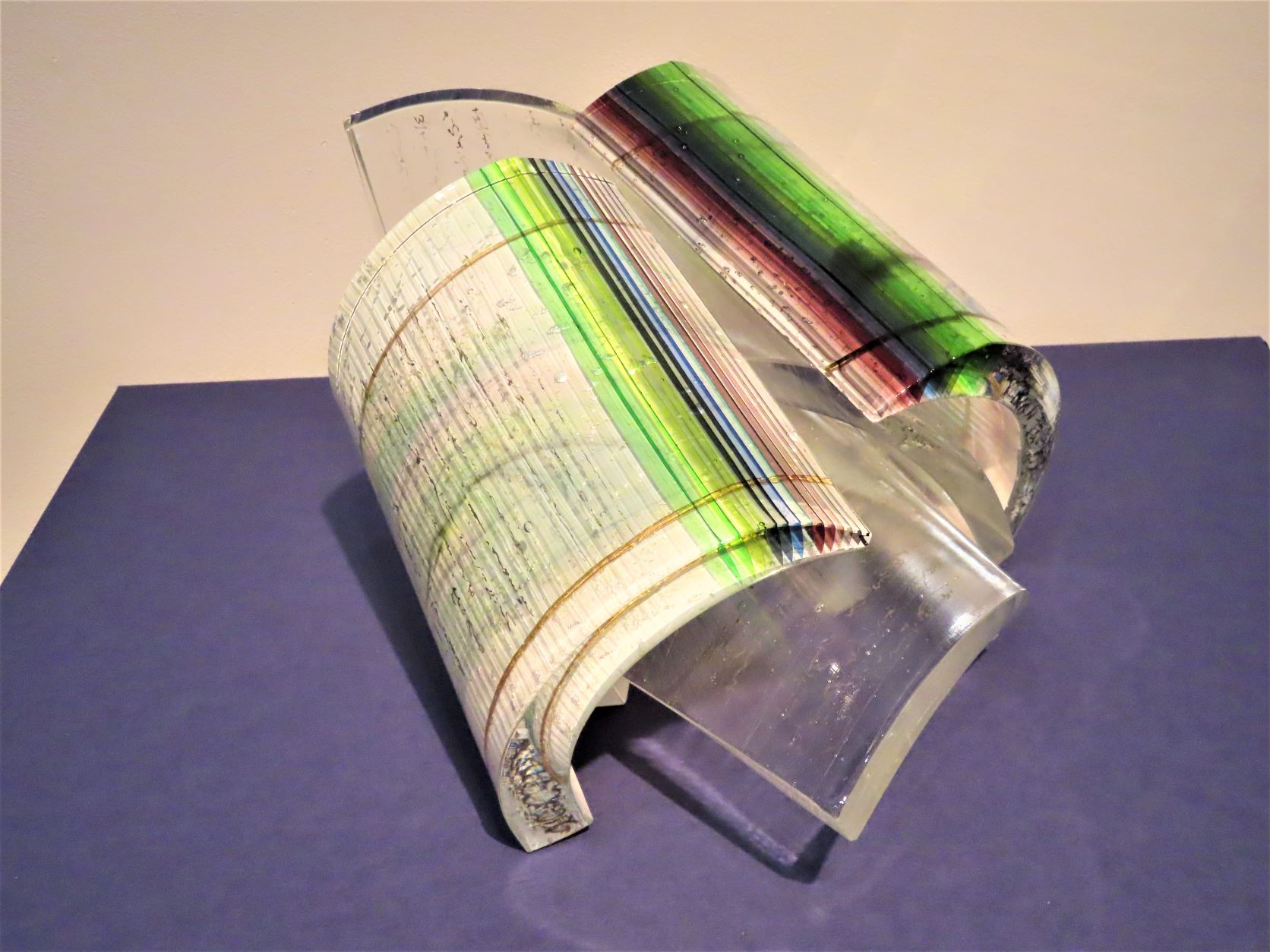 Graduated from Musashino Art University Industrial Design Department. Students will visit Pilchuk Glass School (USA) and other educational institutions and studios for glass education in various places to learn about glass art.
A unique technique is used in which colored glass and suminagashi patterns produced by air-blowing are formed into plates in an electric furnace and then laminated in layers. With a fantastical style that encloses waka poems from The Tale of Genji inside the glass, it embodies the aesthetic philosophy of the Heian period, "Mono Aware". 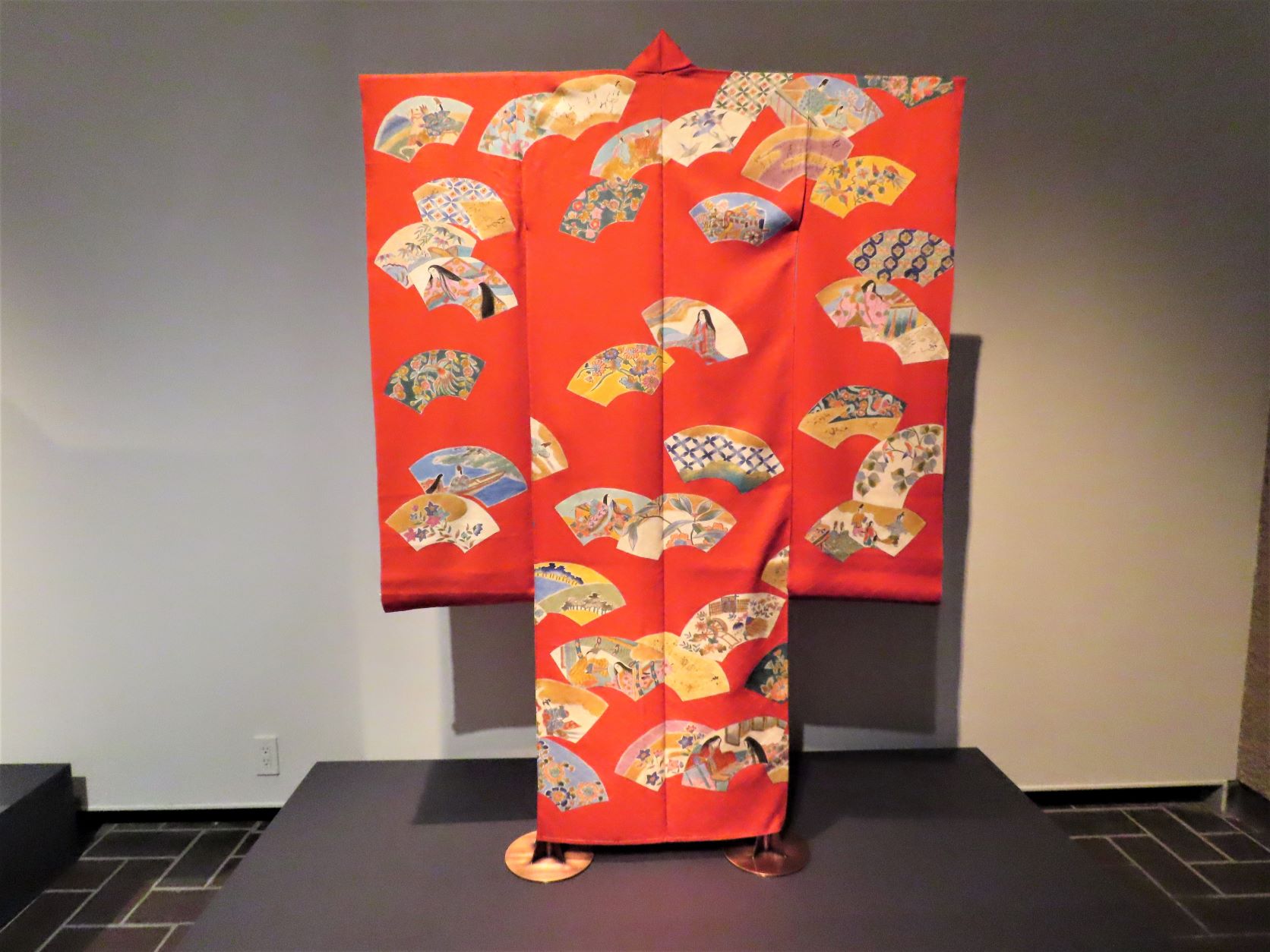 Hisae Aoki, The Tale of Genji, around 1976, Sue Sarasa Museum

Born in 1926 (Taisho 15) in Hirakata City, Osaka Prefecture. In 1965, he began researching hand-painted sarasa while making a living from rokets dyeing, and has held solo exhibitions nationwide, including Wako Hall in Ginza, Tokyo.
He creates works with a free sensibility based on the impression obtained from the vitality of nature, and not only exotic patterns represented by sarasa, but also the original world of the dynasty based on the Tale of Genji. 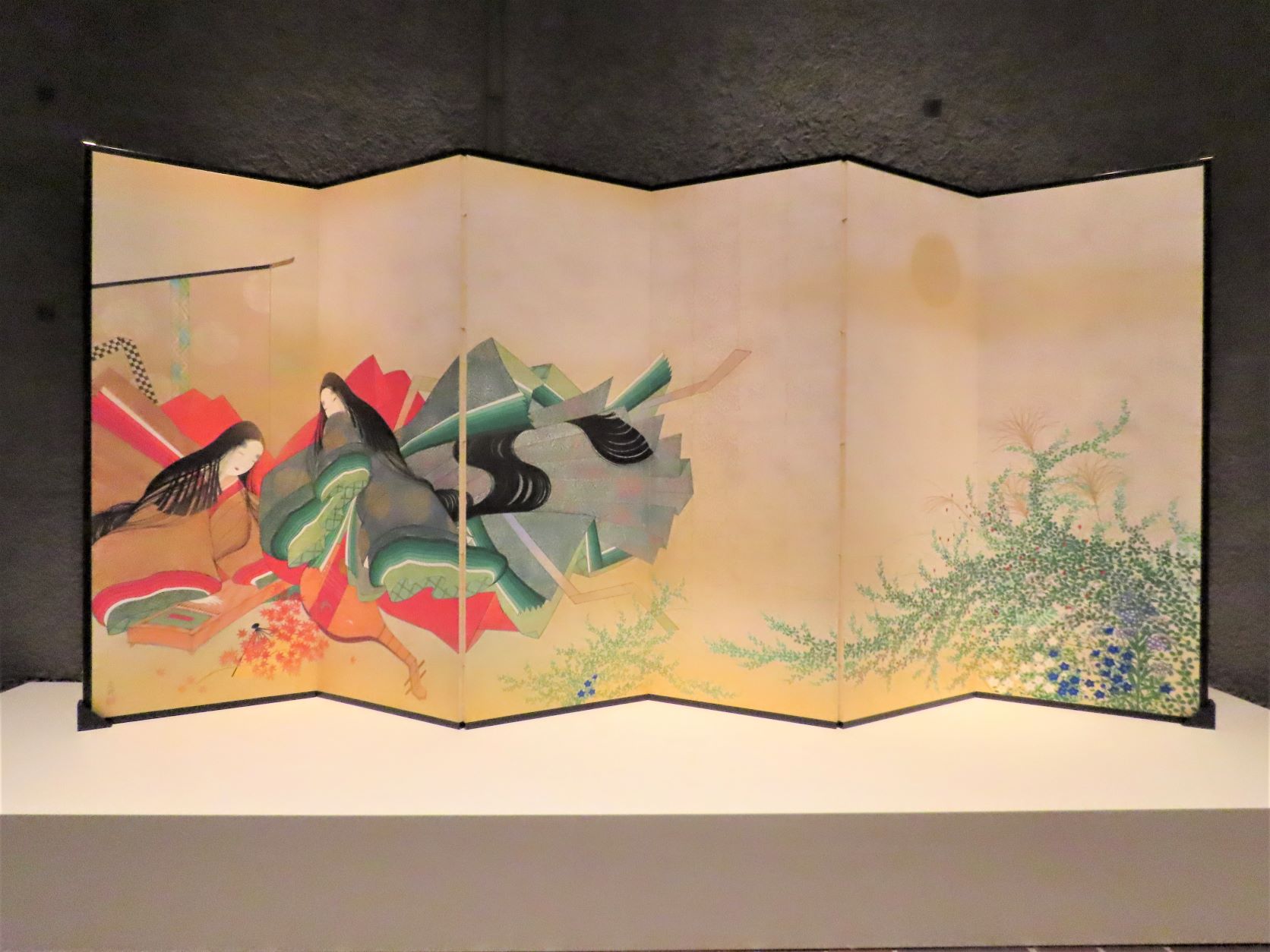 Japanese painter. Characterized by a detailed and decorative painting surface based on gold and platinum leaf, he pursues beauty that transcends while freely manipulating Japanese painting techniques.
From 1996 to 1997, he worked on the cover art for the 54 chapters of "The Tale of Genji" (Kodansha) translated by Jakucho Setouchi into modern language. 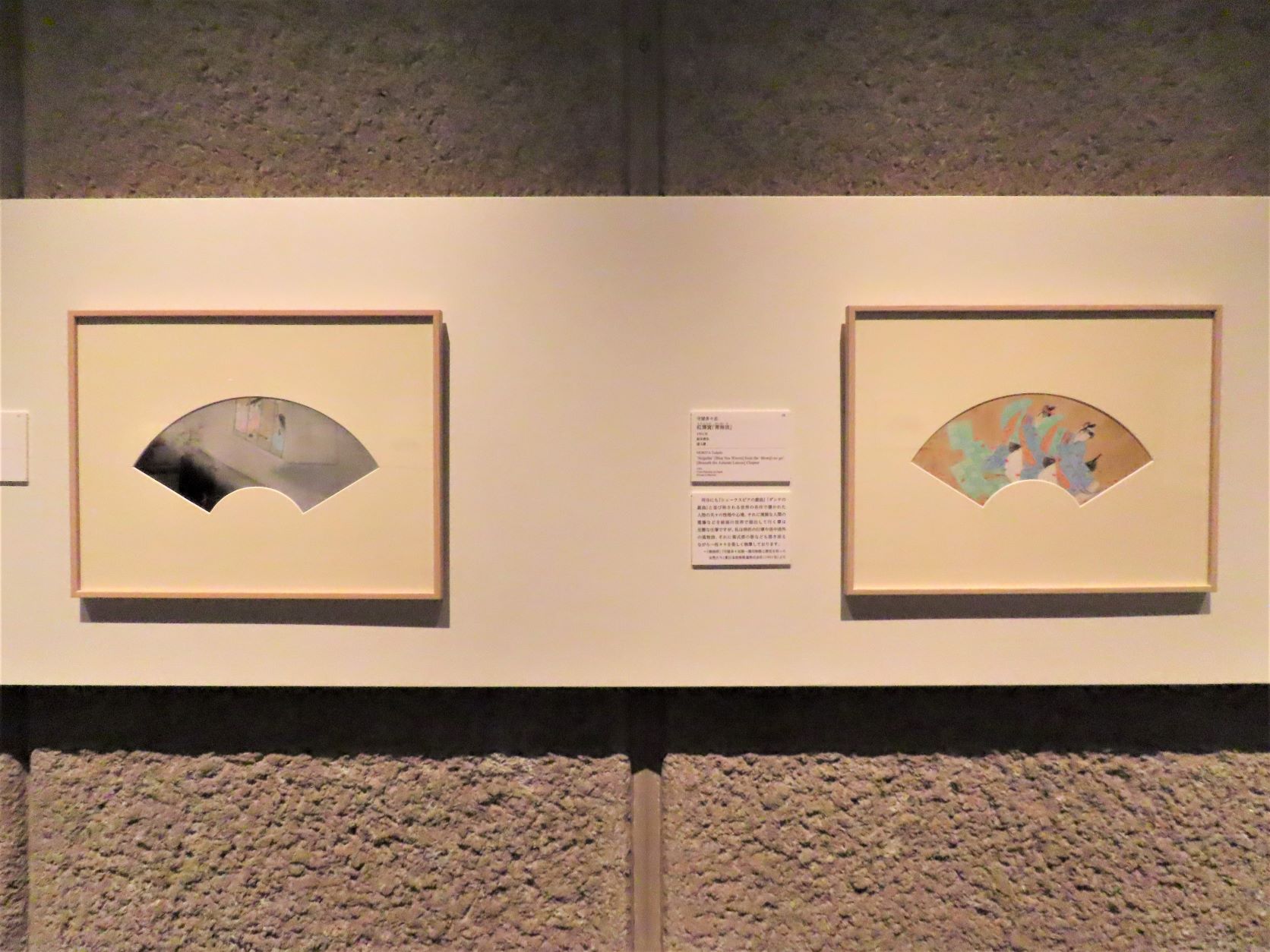 From left, Tadashi Moriya, Utsusemi “Hagi at the edge of the eaves'', 1991, Momijiga “Seigaiha'', 1991, both private collections

Japanese painter. Born in Ogaki City, Gifu Prefecture. In 1930, he studied under Seison Maeda, who was from the same town, and produced many historical and genre paintings at the Japan Art Institute.
In addition to engaging in many reproductions of murals such as the Takamatsuzuka Burial Mound, he developed an interest in The Tale of Genji through illustrations and stage art work. I completed it. 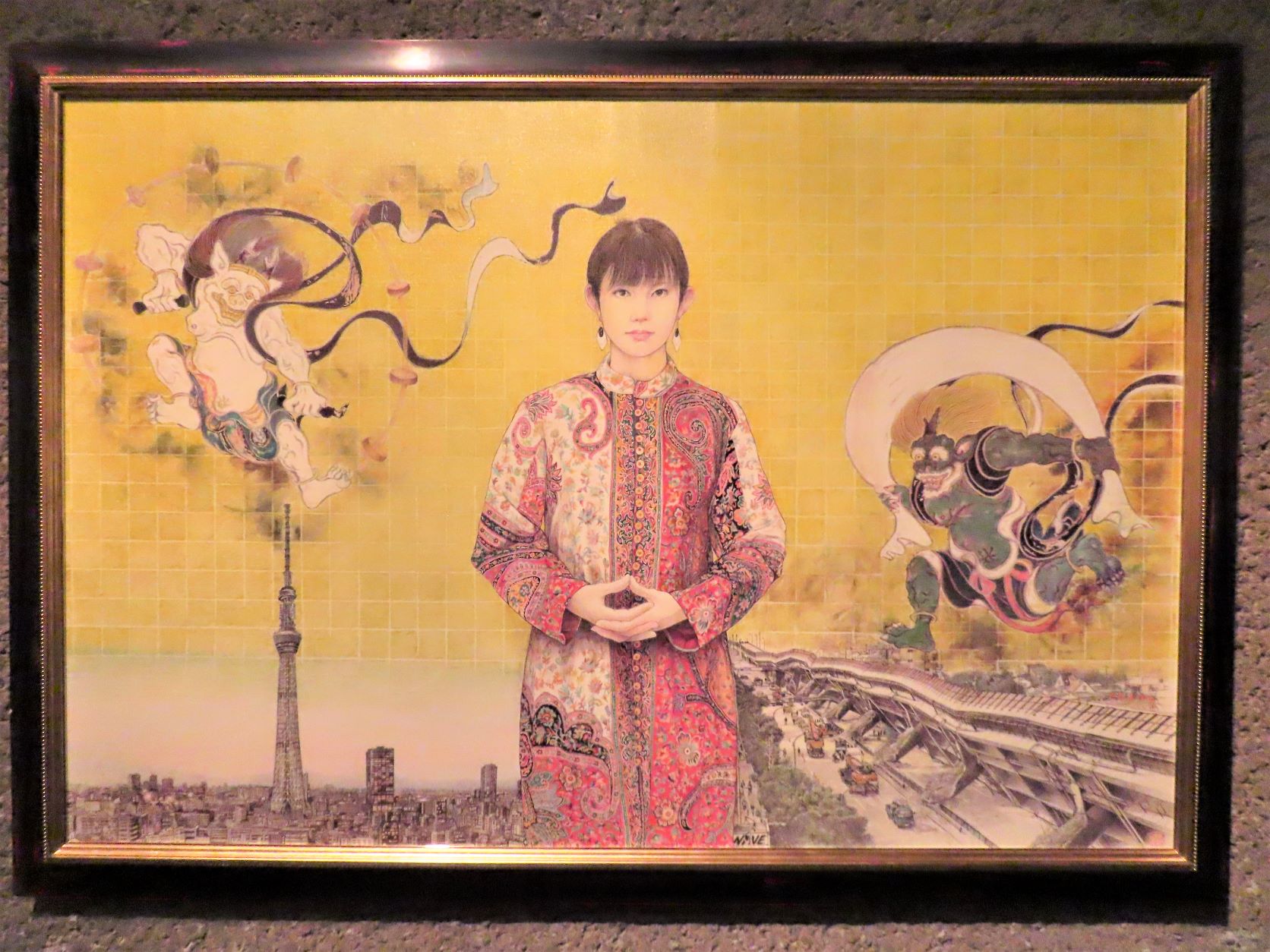 Hiroko Watanabe, Memories of Heisei -Prosperity and Suffering-, 2019, Collection of the artist

While replacing brushes with modern writing instruments such as colored ballpoint pens, I try to relive the culture and people's activities of the time and the vision of the artist who drew the original paintings through production, and to reproduce a scene of history in the present age.

Also pay attention to "The Tale of Genji and Edo Culture" held at the same time! 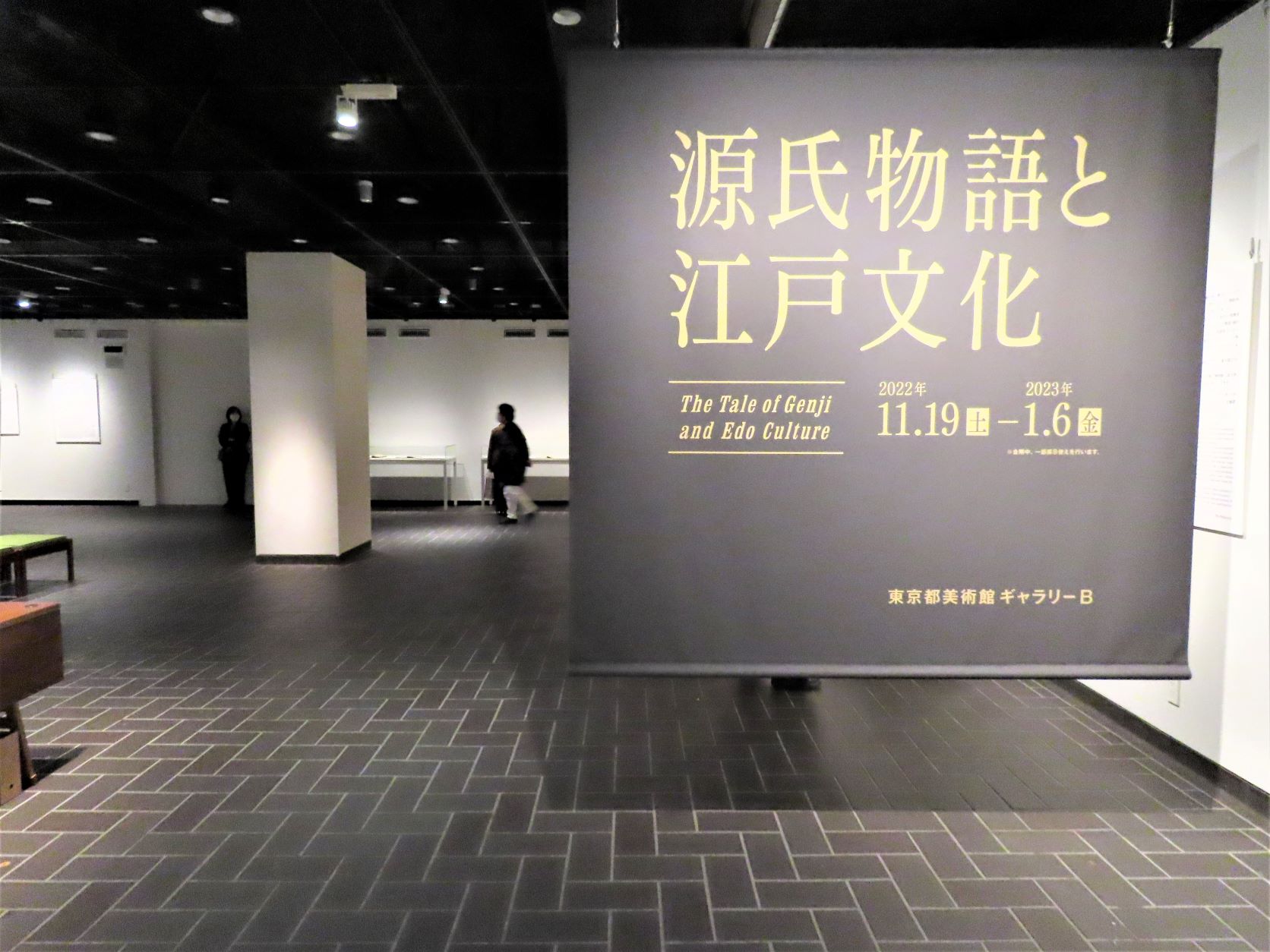 In addition, "The Tale of Genji and Edo Culture" will be held at Gallery B at the same time as "The Tale of Genji Weaving Beauty". This is a one-room exhibition, and admission is free. We introduce the popularity and development of The Tale of Genji, which rose in the midst of Edo culture, along with valuable materials. 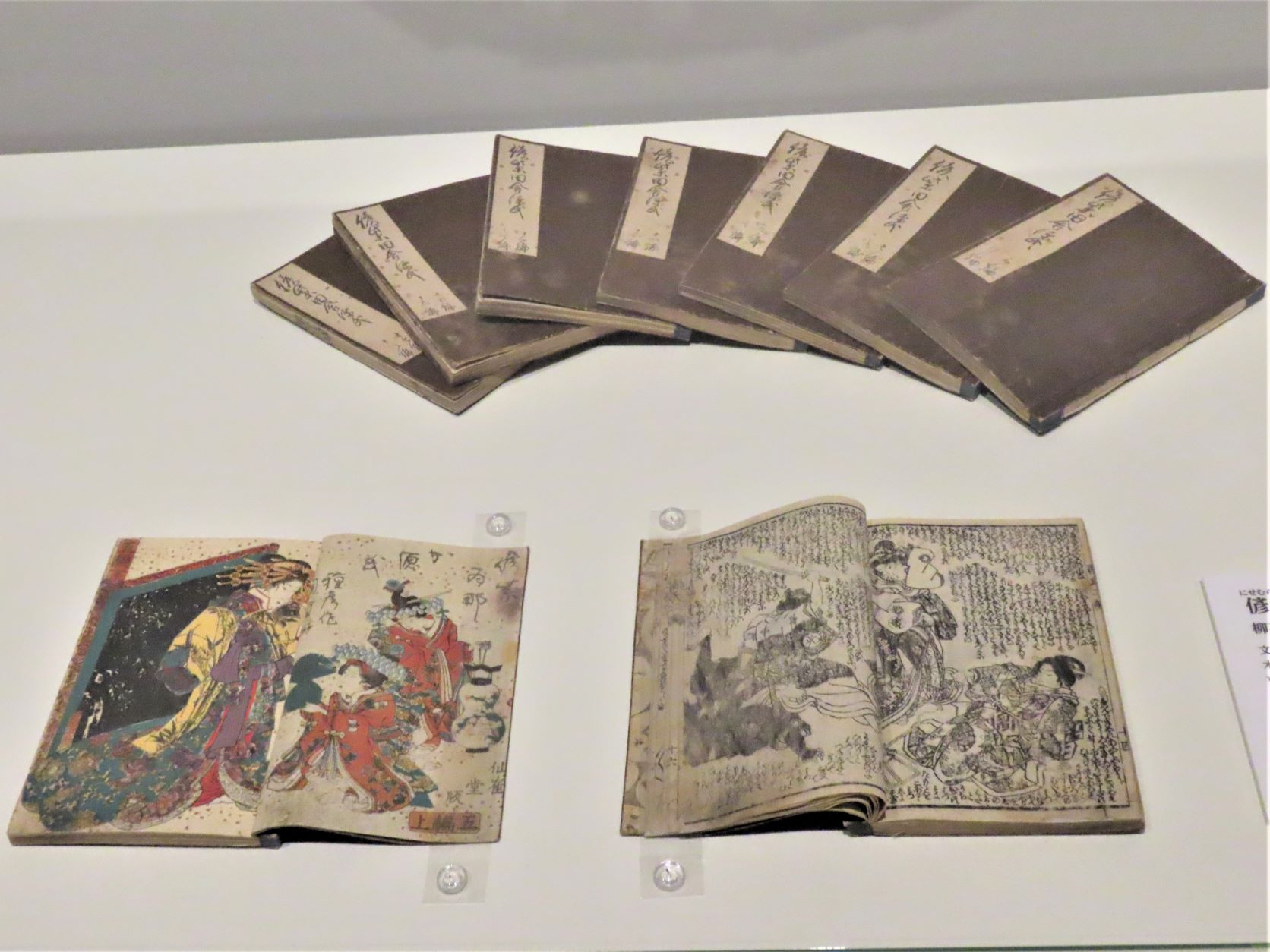 Ryuutei Tanehiko/Written by Utagawa Kunisada (1st)/Illustrated “Nakamura Genji” from 1829 to 1842 (1829-1842) On display throughout the year Collection of Edo-Tokyo Museum, Tokyo 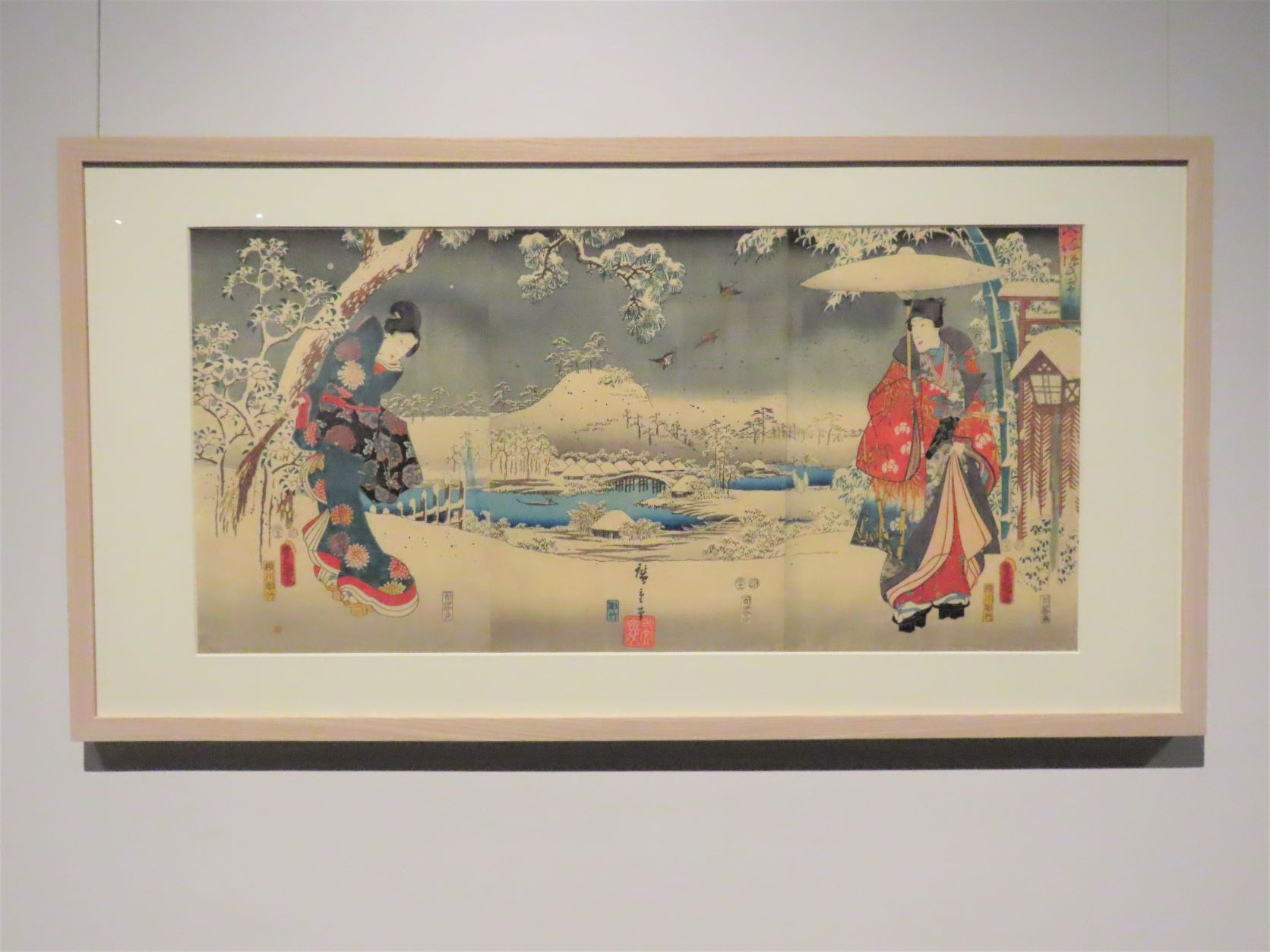 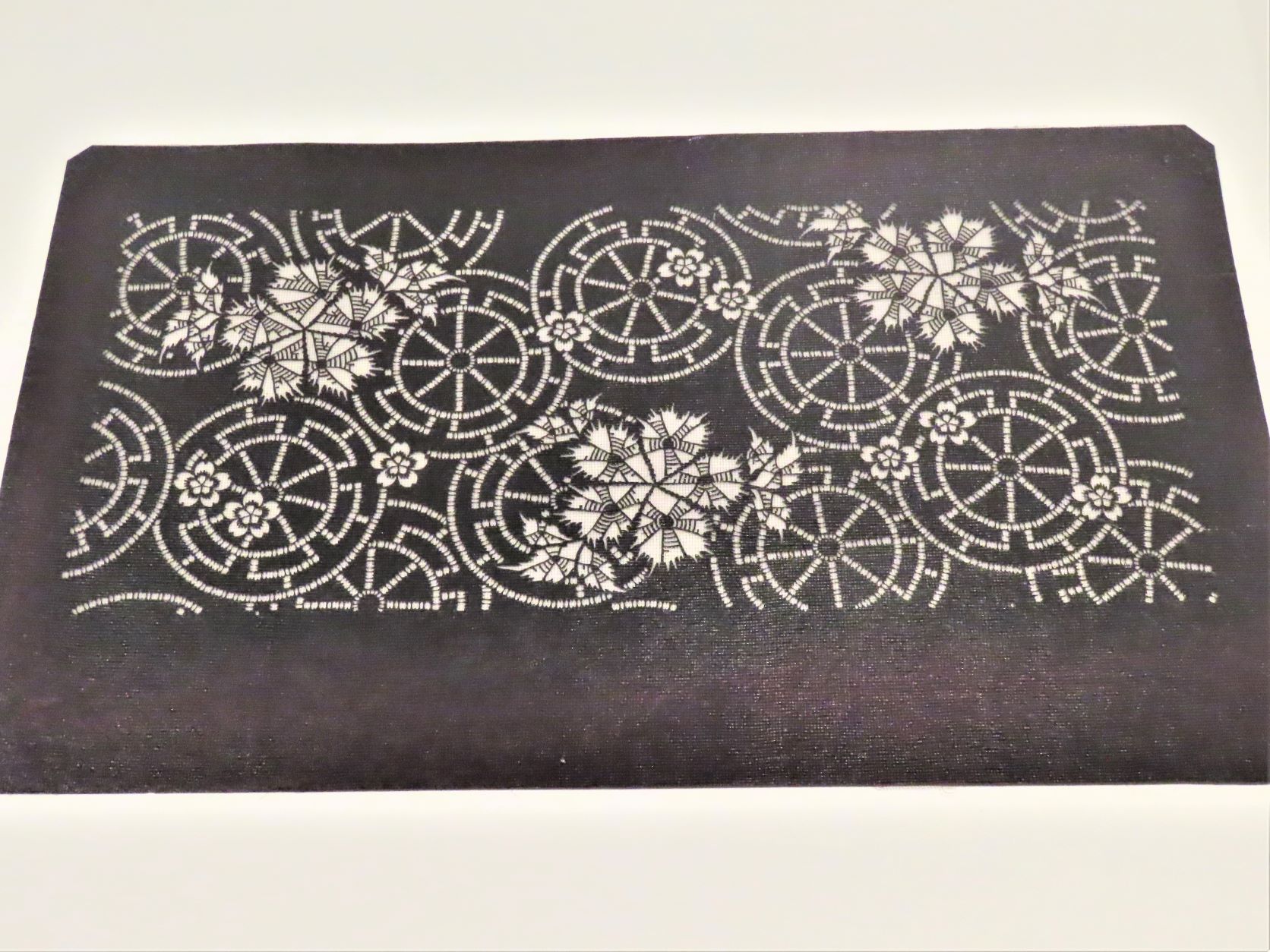 The Tale of Genji was originally a piece of literature that was read among a limited class of people, mainly court nobles and samurai. However, in the latter half of the 17th century, it became popular with the general public due to the spread of mass printing technology, and at the same time, 'Nisemura Saki Inaka Genji' , an adaptation of The Tale of Genji, gained popularity , and the content of The Tale of Genji was turned into a painting. The scenes and figures spread among the common people through Genji-e paintings.
Among the many Genji-e paintings displayed at the venue, there are the figure of Hikaru Genji (Hikaru Ashikaga in "Kanshi Raka Genji" ) with a unique hairstyle called "Ebi Chasenmage", and the lyrical four seasons. You can see the scenery of

In addition, the influence of The Tale of Genji was not limited to literature and paintings, and designs based on The Tale of Genji were accepted by a wide range of people. For example, in the case of kimonos, the “Genji pattern”, which is a design of a scene or motif from The Tale of Genji, was especially liked by the people of the Edo period, and it came to be enjoyed as a familiar fashion. In this exhibition, we will introduce a number of patterns born from the Tale of Genji from the stencils used for dyeing kimonos owned by Mr. Kotaro Shimizu, a holder of important intangible cultural properties, and Mr. Kichigoro, the predecessor.

In addition, some of the exhibits in the "The Tale of Genji and Edo Culture" are different between the first half and the second half * .

Mr. Tetsuji Sugiyama, curator of the Tokyo Metropolitan Art Museum, who was in charge of commentary on the exhibition for the press, commented on the theme of this exhibition, "Eni".
“This is an exhibition where you can feel that The Tale of Genji is more than just a literary work. We live in a hectic world, but at times like this, we should stop and look back on the past and make use of it for the future.
He hoped that viewers would find new perspectives on their daily lives through the "eni" (connection) with The Tale of Genji. 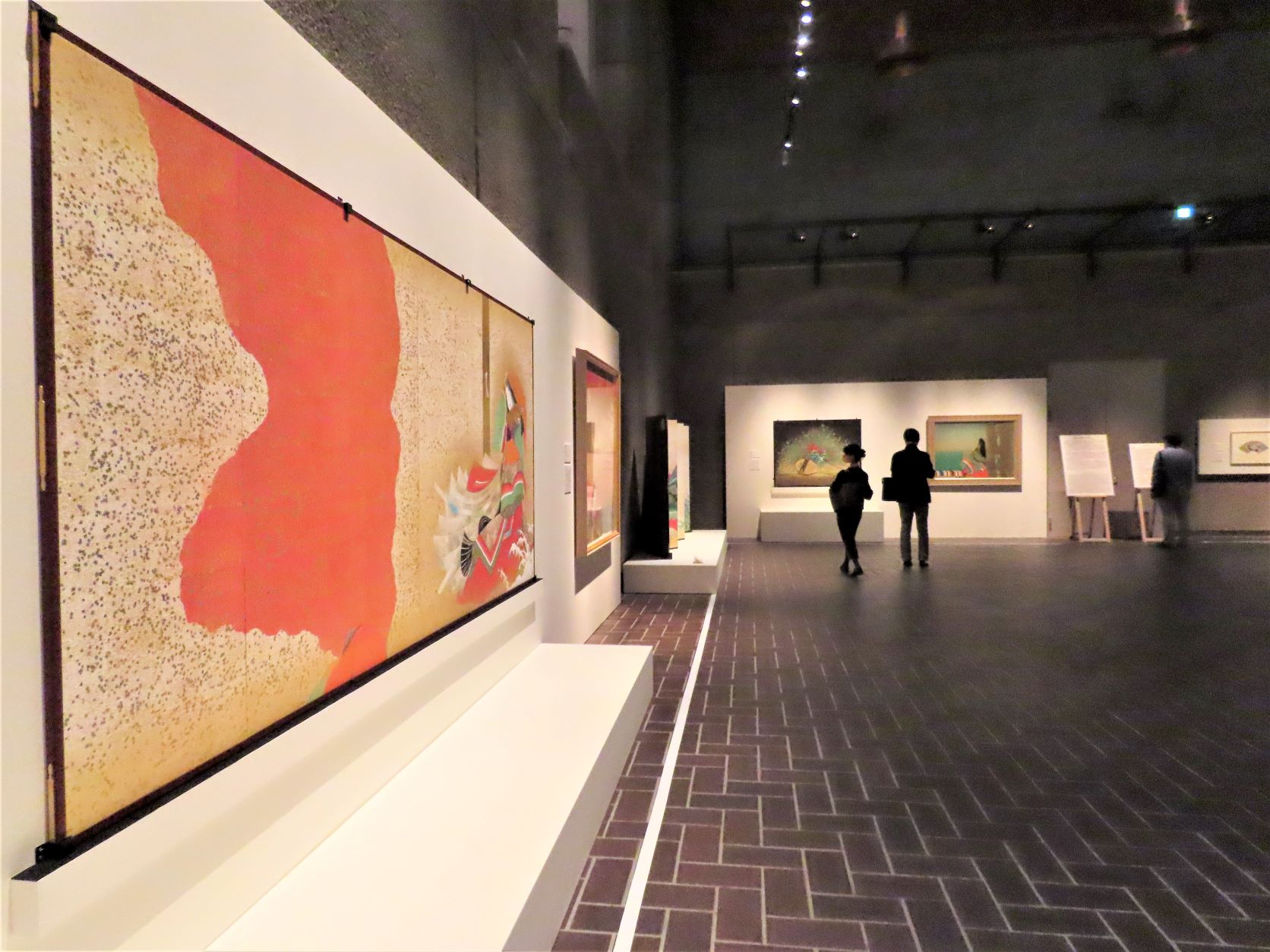 The period of both exhibitions is relatively short, until January 6, 2023. By all means, please experience the world of The Tale of Genji, which has been given a new life by the imagination of the writers.

*The information in this article is as of the time of the preview. Please check the official website for the latest information. 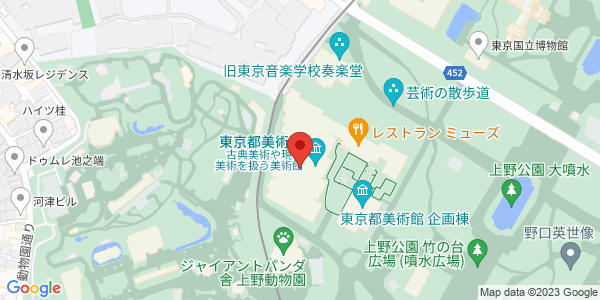