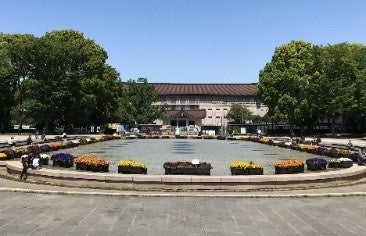 2023 will mark the 150th anniversary of the opening of the first metropolitan park.

The year 2023 will mark the 150th anniversary of the opening of metropolitan parks. From January 2023 to March 2024, we will work on the “150th Anniversary Commemorative Project of the Establishment of the Tokyo City Park System” to further communicate the appeal of metropolitan parks to the citizens of Tokyo.
It will be held from January 15, 2023, coinciding with January 15, 1873, when the urban park system in Japan began. 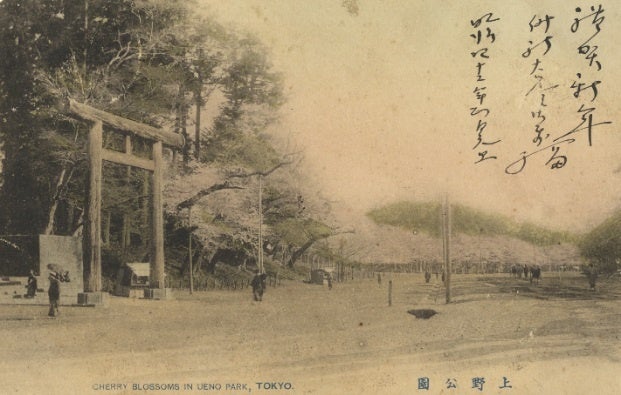 1 Recruitment of "You can do what you want to do in the metropolitan park"
"Actually, I wanted to do something like this at the park." You can specify the metropolitan park you want to try, or you can apply without specifying it. Those selected from among the applicants will be able to realize their “things they want to do in a metropolitan park” during the period of the 150th anniversary commemorative project. We look forward to receiving applications from many children.
・ Recruitment period: January 15 (Sun) to February 28 (Tue), 5th year of Reiwa
・ Number of selections: About 2 projects from individual applications, and about 1 project from group applications
・ Selection announcement: End of March 2023 (planned)
*Details such as the method of presentation will be announced separately on the special website.
( https://www.tokyo-park.or.jp/Tokyopark150years ) ・ How to apply: Apply from the special website application form
Please apply.

2 We will hold a digital stamp rally around the park
A digital stamp rally will be held for all 86 metropolitan parks, gardens, zoos and aquariums. 30 parks, 20 parks, 10 parks, and original twin panda (Xiao Xiao Lei Lei) pin badges according to the number of stamps acquired
Present! Please join us.
You can download the dedicated app on your smartphone, etc., and get stamps around the target spots in each metropolitan park.
vinegar.
・ Implementation period: January 15, 5th year of Reiwa (Sunday) to March 31, 2014 (Sunday)
・Where to redeem awards: Service Centers in each park
・ Redemption period for benefits: April 2023 to April 2024
(It will end as soon as it runs out)
・How to download: Download the app from the QR code below and participate.

3 “It's My Park Day!
"It's My Park Day! Minna de Koen Biyori" will be held once a month from January 2023, and various activities will be held all at once in metropolitan parks.
It will be carried out a total of 15 times by March 2024.
In January, which will be the first step, we will enjoy taking care of the metropolitan parks together as a “good day for everyone to take care of the parks”.
vinegar.
・ Implementation period in January: January 15 (Sun) to 31 (Tue), 5th year of Reiwa
・ About implementation details: Please check the special website for details. (https://www.tokyo-park.or.jp/Tokyopark150year
s)
* In the future, we plan to hold events such as bird watching weather (February) and cherry blossom viewing weather (March). For details,
We will notify you separately on our website. 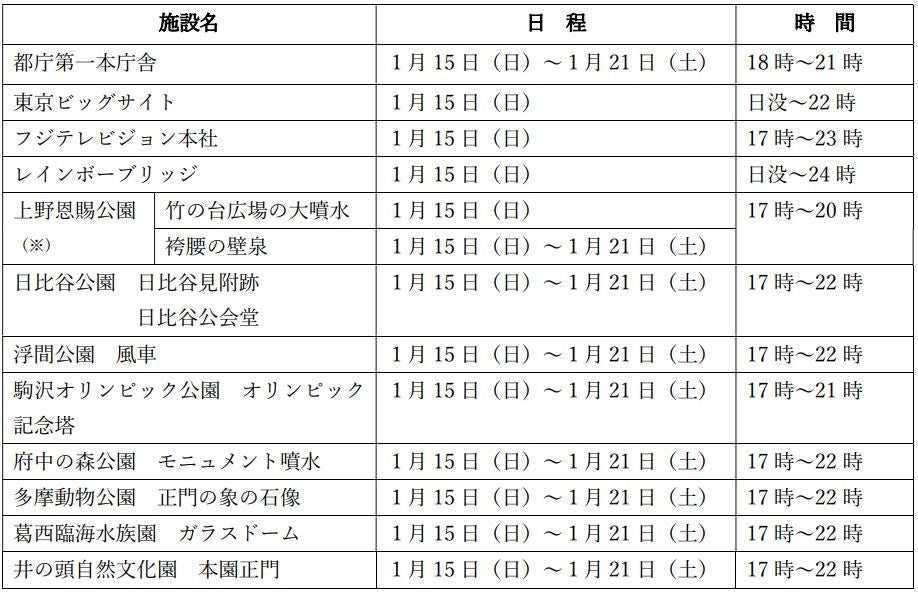 *About the lighting color: The large fountain in Takenodai Square is white, and the wall fountain in Hakamagoshi varies depending on the time.
* Details of each project are on the special website
[Special HP]
https://www.tokyo-park.or.jp/Tokyopark150years

About the 150th Anniversary Commemorative Project of Tokyo City Park Establishment
On January 15, 1873, Daijokan Proclamation No. 16 started the city park system in Japan, and Ueno Park and Shiba Park, the first metropolitan parks, were opened in the same year.
The year 2023 will mark the 150th anniversary of the opening of metropolitan parks by this Dajokan Proclamation.
While looking back on the history of metropolitan parks and the roles they have played so far, we are cooperating with the national government and related organizations to organize the "150th Anniversary Commemorative Project of the Establishment of the Tokyo City Parks System" in order to communicate the appeal of parks and provide an opportunity for further development. We will continue to work together.

Notes
(1) Requests when using the park from the perspective of preventing the spread of new coronavirus infection
・Please refrain from visiting the park if you are not feeling well.
・Please wear a mask when talking nearby or in indoor facilities.
・Please wash and disinfect your hands frequently.

(2) Others
・Events and some services will be canceled, suspended, or changed due to the spread of the new coronavirus infection and the tight supply and demand of electricity.
may change. Please check the latest information on the official website and official Twitter before visiting.
・Notice to visitors. This event will be held while saving electricity while considering the safety of everyone. electric power
​Thank you for your understanding and cooperation in "reducing", "creating" and "accumulating" HTT. 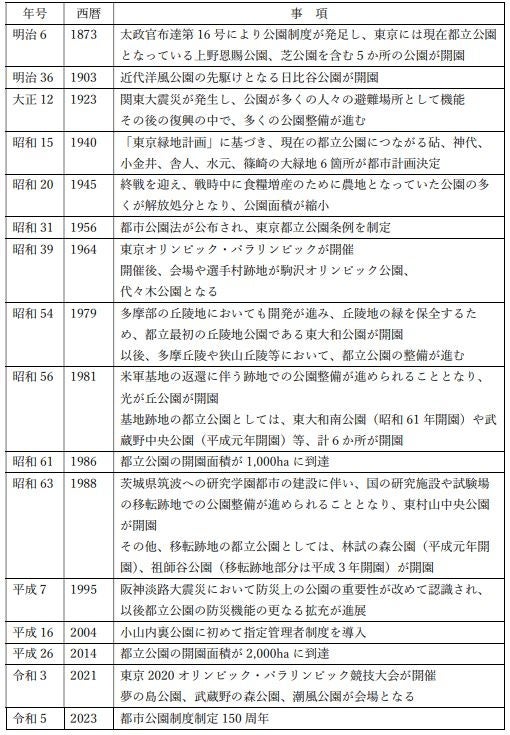 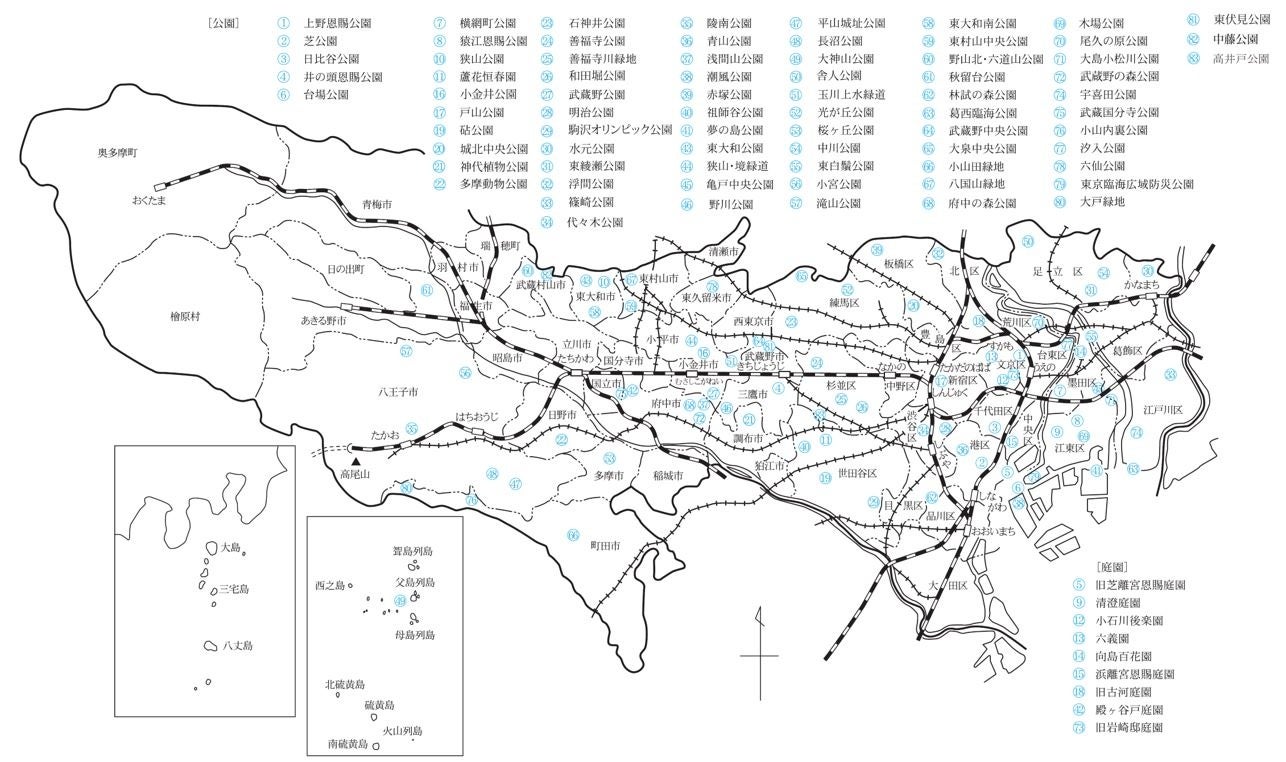