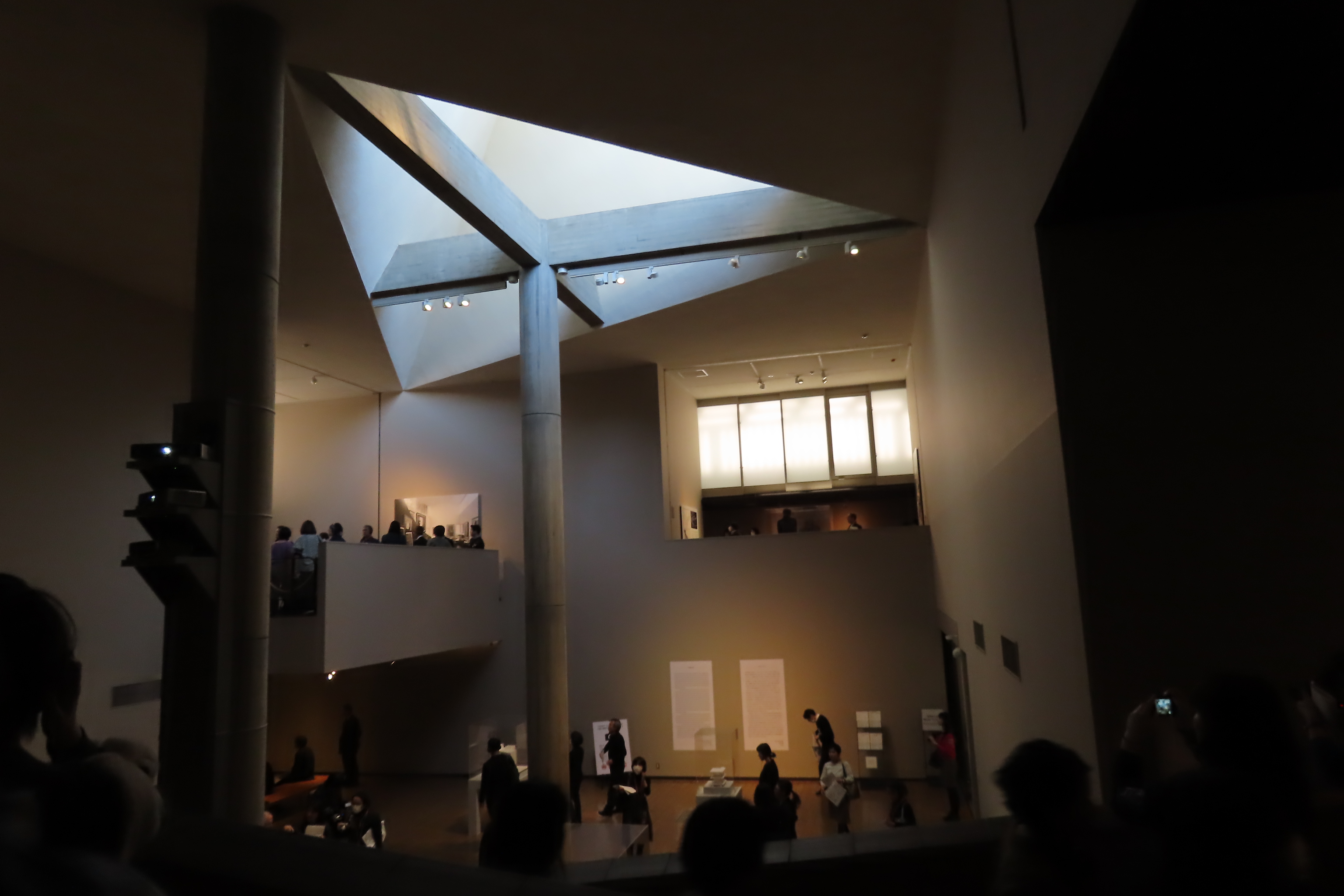 The National Museum of Western Art, which was registered as a UNESCO World Heritage Site in 2016. This main building was designed by Le Corbusier who is known as the master of 20th century architecture.

Architecture, painting, sculpture, poetry …. Charles-Edouard Jeanure (the real name of Le Corbusier), an artist who had developed a variety of activities, is the end of 1918 after the conclusion of the First World War, the "Construction and Integration" corresponding to the progress of machine civilization I started the exercise of the artist Purismu . Giving great praise from the creation of Purrism and the exchange with the art world in Paris in the 1920s, Jeanuret is reborn as a flag hand of modern architecture "Le Corbusier".

This exhibition, which is held in commemoration of the 60th anniversary of the opening of the National Museum of Western Art, focused on young daily paintings in which Le Corbusier had been doing a new art movement in Paris, and his contemporary writer Picasso , About 100 works of art by Black, Leger and others, including a number of materials such as architectural models, publications and images. It is a very valuable opportunity to experience the spirit of Le Corbusie's era in the world in his building. 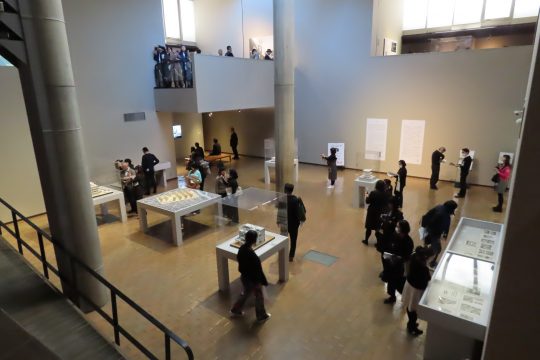 Venue landscape. Overlooking the 19th century hall on the first floor from the second floor of the exhibition hall 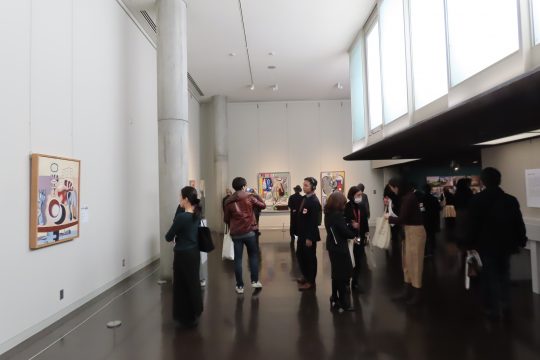 The second floor exhibition room. The high ceiling and the low ceiling are combined, and the pillars line up rhythmically. Bright light arriving from the continuous window looks like a natural light 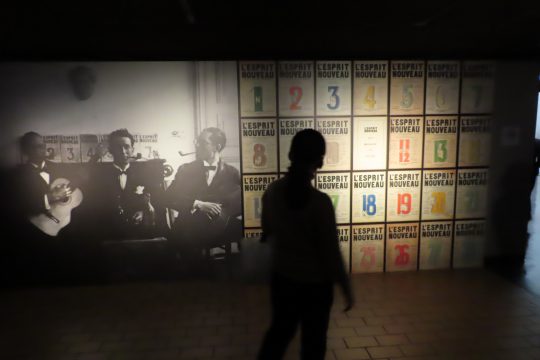 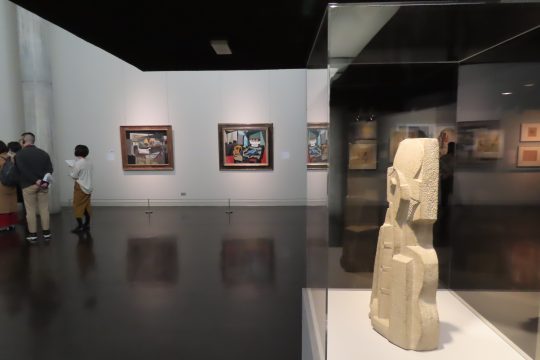 Works of writers who had friends with Le Corbusier, such as scuba-cubist sculptors, line up deeply with the architectural space 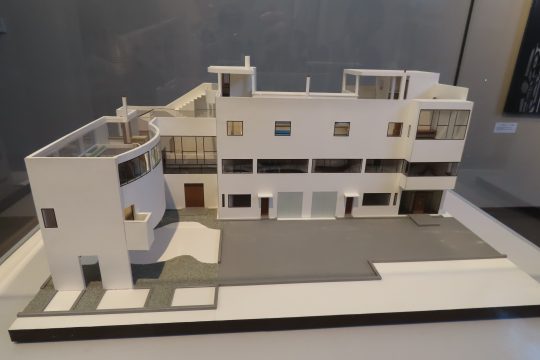 It is one of the real thrills that you can enjoy the precise model of the architect designed by Le Corbusier. This is 1/30 model of "La Roche-Jeanulé House" 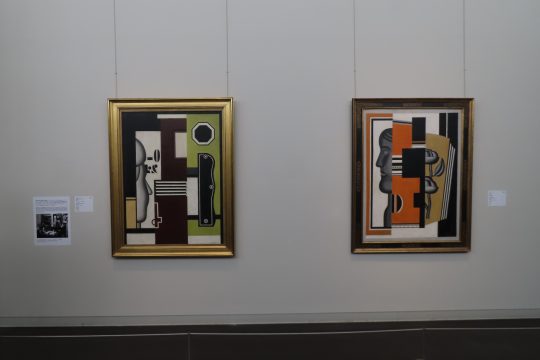 Paintings by Fernand Leger deeply friends with Le Corbusier through the Purism movement. Replacing what you see with simple surfaces and lines is a characteristic of Purismu paintings

The display composition is as follows.

This exhibition will be held from the 19th century hall of the National Museum of Western Art, a space that became a corridor on the second floor. This is based on the concept "Leisure growing art museum" proposed by Le Corbusier, the building expands spirally out from the center.

Normally it is this space where the permanent exhibition is usually done, but the color of the wall is illuminated brighter than usual to hold the "Le Corbusier paintings to architecture – to the architecture – the era of Purrism", it has been born like a different space I was surprised.

"A space filled with light, this was the exhibition space originally intended by Le Corbusier, in which the painters of the era when he worked, the works of friends, and the appearance of le Corbusier's architecture talking I can feel it, I think that there is a big difference from the regular exhibition. "

That's why it was Hiroyuki Murakami, deputy director of the National Museum of Western Art.
In addition to watching pictures and sculptures, be sure to think about the relationship between the work and the architecture and see the corridor. 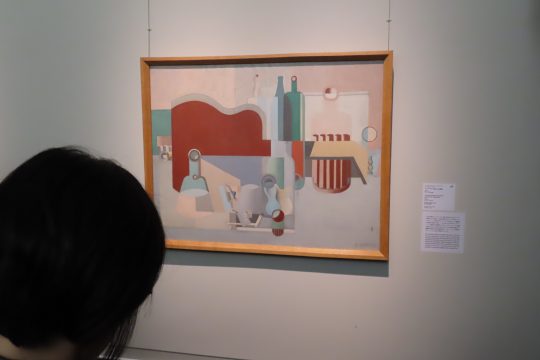 Work that realized Purisumu's philosophy of "creating creative and universal art from ordinary reality subjects" in the most monumental way.

I think that it is very difficult to understand that guitar, bottle, carafe, etc on the table are perceived as perfect solid, and it is reconfiguring it as an orderly space · · ·, the important thing is "to write in real life It is not that " instead of " replacing objects with "simple lines and faces" . The stereoscopic effect felt from the Purisum paint painted in this way surely leads to Le Corbusier's architectural space. 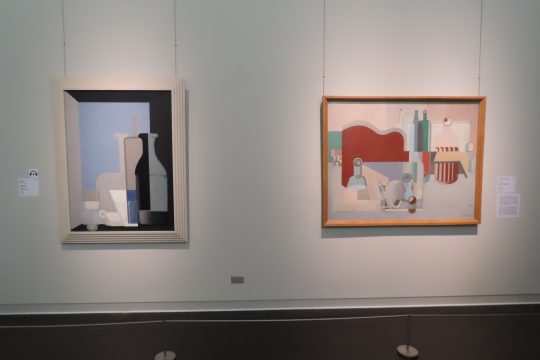 It is interesting to compare with Ozan Fan 's "Still life with bottles" drawn in the same year (photo left). Ozanfan also composes the screen by combining the vertical line and the horizontal line again, but it gives a somewhat planar impression compared to the work of Jeanure (Le Corbusier). It seems that Jeanure 's work is more stereoscopic and three dimensional elements are strong. 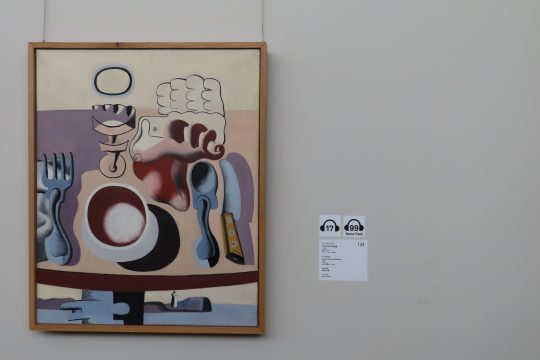 Nature rich environment of Pique which had been vacation of summer every year since 1926. Based on the sketch during staying in the Piquet "lunch by the lighthouse", the still life on the table and the scenery of the bay with the lighthouse are tied in a way that is noticeable.

Round curve. Warm colors. It is quite different from Jeanure 's previous Purism painting. In the late 1920's, Le Corbusier aimed to pursue "geometric order" and added "landscape" and "person" as a new motif to his paintings with still life as the only subject. What he aimed for was "Harmony between man and nature." Along with the new theme, his style gradually changed.

But again, his belief that "geometric order is the essence of man and nature" seemed to have not shaken. 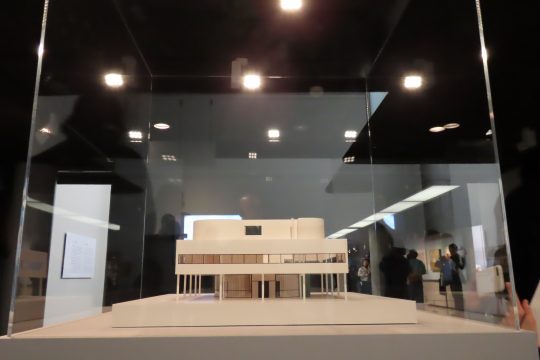 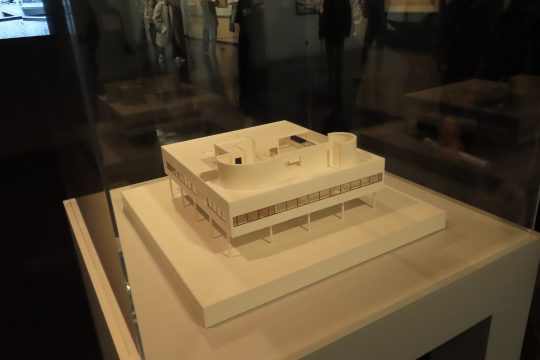 1928 – Model of "Savoie residence", a mansion built in the suburbs of Paris in 1931. The Savoie House is filled with various ideas such as wide oblong windows and slopes, and it is called architecture which best describes the spirit of Purisumu. The exterior looks just like a Pyrism painting by Jeanure. His architectural image aiming for universality rooted in geometry is well expressed.

In 1928 when the design of Savoie residence began, it may have been a "turning point" for Le Corbusier. One thing was to introduce images of women and landscapes suppressed in the Purism time into paintings. Another thing is that paintings also came to sign "Le Corbusier", not real name "Jeanure". The Savoie residence is just a pioneer of modern architecture and it can be said that it was a monumental work for Le Corbusier. 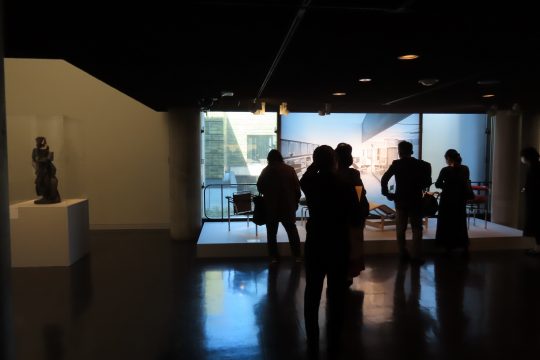 "Through the design of the National Museum of Western Art, he hoped that this museum would be the base to spread the spirit of modern times.The" modern "he thinks is a clear, powerful, positive thing and that There is geometry at the root, please feel it in this space where his architecture and painting works reverberate. "

Mr. Murakami of the National Museum of Western Art, which was responsible for the exhibition commentary, said that way.

"Le Corbusier's origin" that you can enjoy in the world heritage building.
Why do not you visit us once. 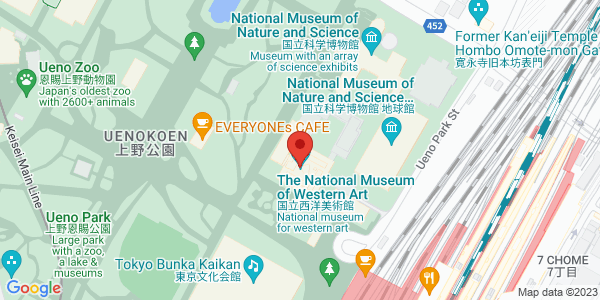