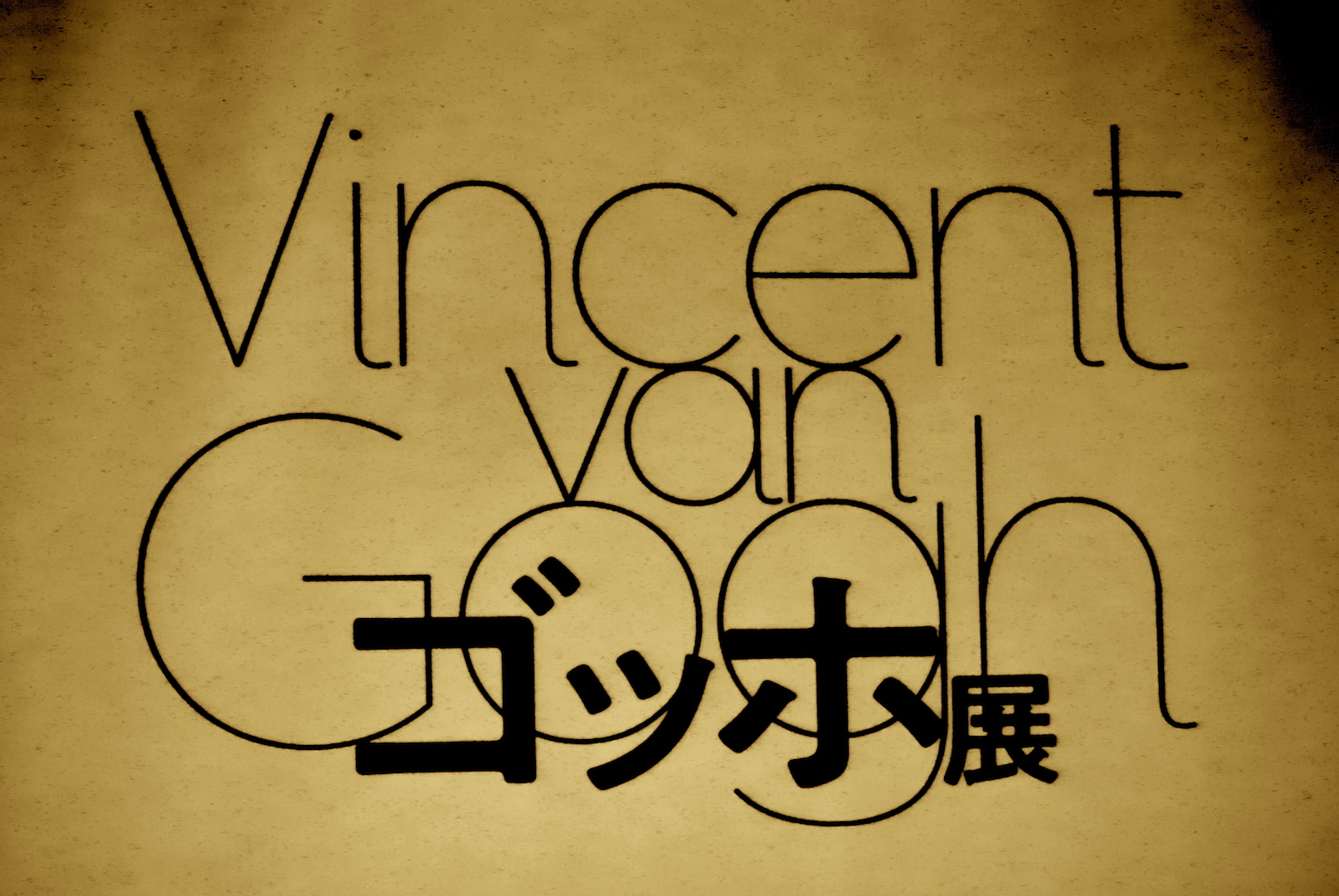 At the Ueno no Mori Art Museum, the period from Friday, October 11, 2019 to January 13, 2020 (Monday, Holiday),
"Gogh exhibition"
is held. The press conference for this exhibition was held, so we will deliver the situation this time.

Vincent van Gogh (1853-90), an artist who continues to fascinate people with intense colours. Gogh, who was determined to live as a painter at the age of 27, reached the point where he could finally get one and only expression because it had two encounters.

First Van Gogh learned from the Hague School depicting rural life in a serene brushwork, was to establish the foundation as a painter. The Hague, who had so few opportunities to focus on his relationship with Van Gogh, played a very important role in Gogh's painting work. After that, Gogh went out to Paris and met Impressionists, and became an active color trap.

In this exhibition, in addition to about 40 Gogh works, about 30 works of masters representing Haag and Impressionist groups such as Mauff and Cezanne, and words written by Gogh in a letter, in a unique style. We will delve into the process leading up to the end. 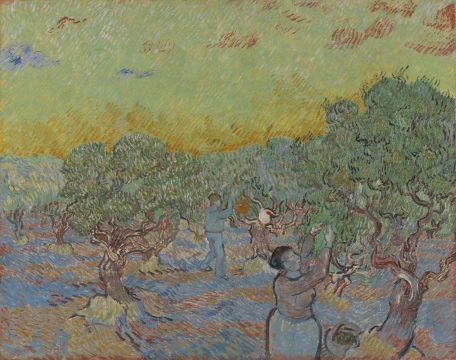 This year's 7 year visit to Japan “Cytosugi”, “Wheat field” “Olive Pickers” and other works with motifs that Gogh's later years continued to challenge as an important theme will come together. In addition, a masterpiece "Samurai", which is called "one of the most beautiful works" among his many still-life paintings, has appeared. 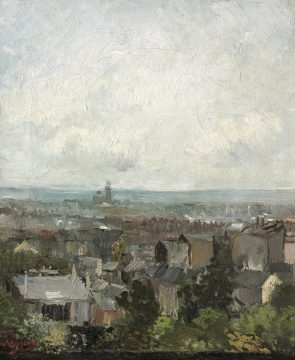 Under the supervision of the director of The Hague Museum of the Netherlands, which holds an important collection of Van Gogh and The Hague, this exhibition enables borrowing from 25 countries, including 10 countries and regions such as Israel, Switzerland and the Principality of Monaco. You can admire valuable works such as “Roof of Paris” that have not been widely introduced in Japan until now.

What is The Hague? What is Impressionism? 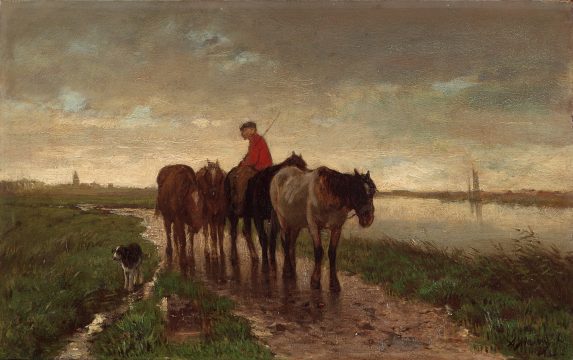 The Hague School is a collective term for painters who worked in the city of The Hague in the southwestern part of the Netherlands from 1870 to 1900. I drew the rural landscape and the life of a farmer based on the nature observation outdoors. It was called "grey" because it expressed the scenery unique to the Netherlands, such as windmills and canals, with soft light and dull tones. 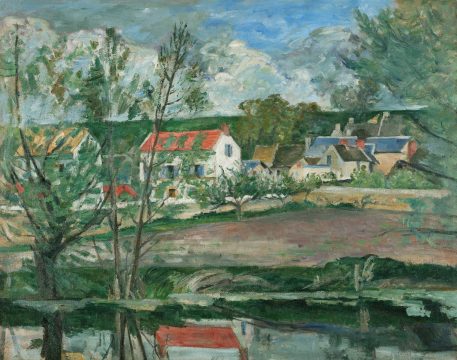 Impressionism is the painting movement that took place in France in the late 19th century. Intuitively expressed the impression received from everyday subjects, brought about a major change in painting. Produced mainly outdoors, they draw with a quick brush stroke to capture a momentary scene that will move with sunlight, and create techniques such as juxtaposition on the screen as primary colors without mixing paint to reproduce bright colors. The 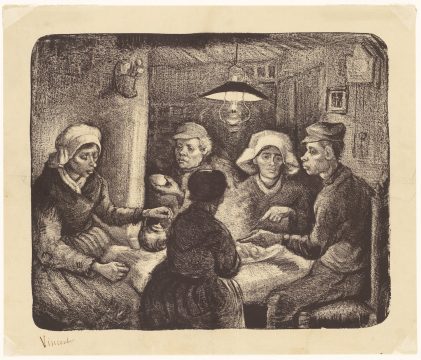 Van Gogh's work. But the reputation around me is too …

Gogh, who has been practicing drawing for a long time, is the first oil painting that prides itself on being "for sale". In order to depict the modest meal under a slight light, it seems to have finished over a winter including study. Van Gogh sent a copy of the original to his family and friends in order to inform the work more accurately, but the response he received was not very positive. 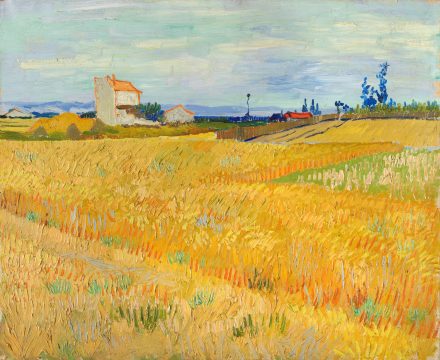 When Van Gogh decided on the subject, he changed the viewpoint and color combination and drew repeatedly, but in the early summer of 1888 he drew at least 10 oil paintings of the wheat field during harvest. The wheat field occupies about two thirds of the screen in this work, and it can be understood that it was trying to catch the intense yellow that the plants that have grown fruit emitted. The contrast between the light blue and the light purple of the sky is very beautiful, and the clear air of Provence seems to come. 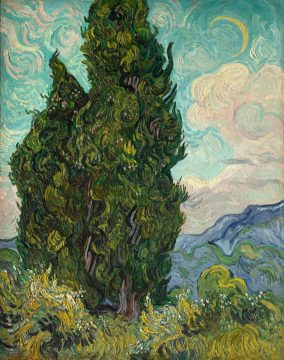 A beautiful Ishinosugi with a glimpse of the exhausted spirit.

Since it is planted in a graveyard, cypress is considered to be a symbol of death. However, Van Gogh was fascinated by its well-shaped shape and intriguing black tone, and worked on a total of three cypresses to make it a continuous work comparable to "Himawari." This work was drawn immediately after admission to the Saint-Remy Psychiatric Center. Van Gogh prepared a sketch and went to production, but the background was drawn at a stretch with a powerful brush stroke without hesitation. 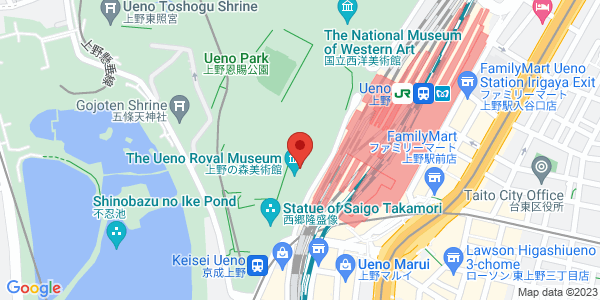