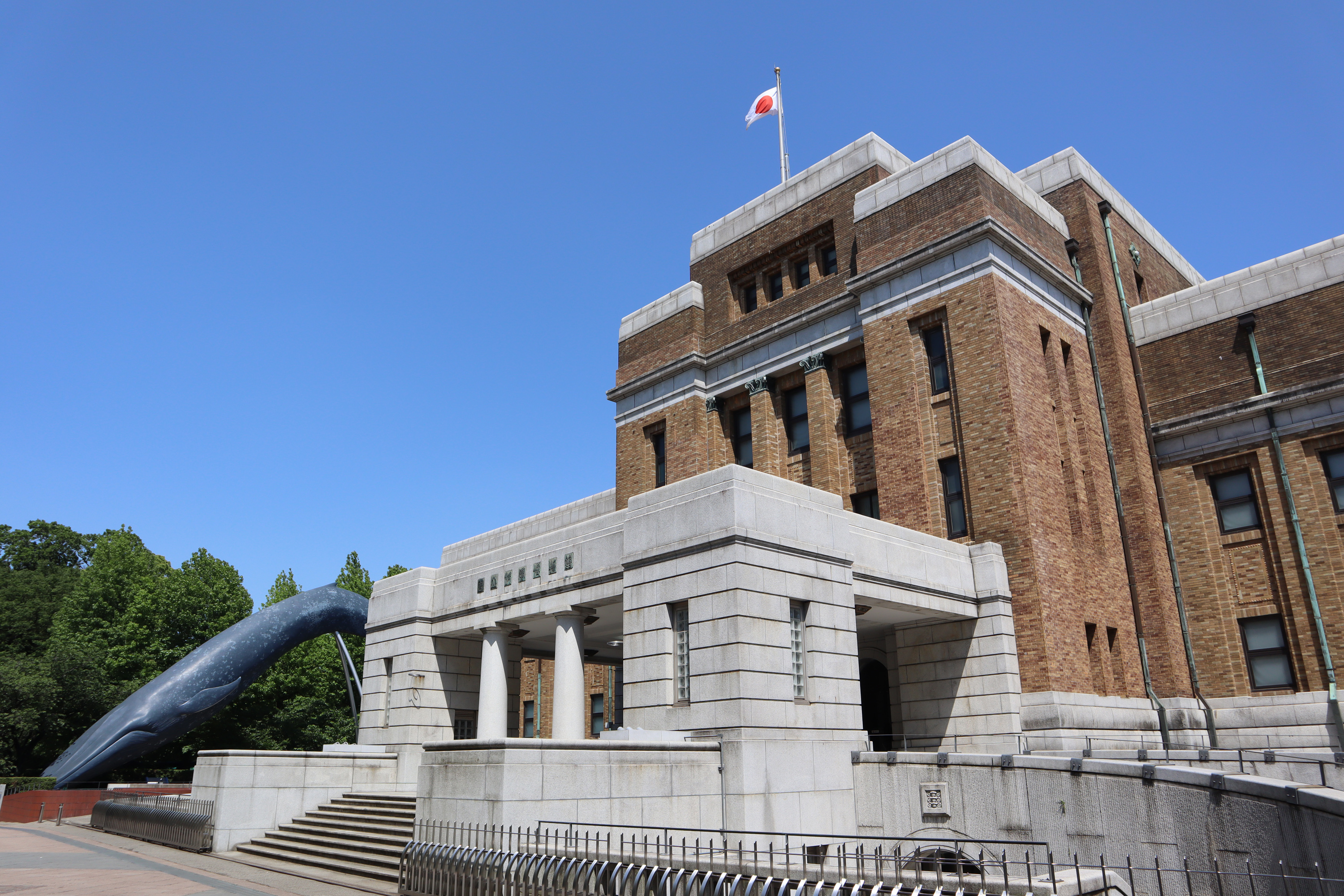 The National Museum of Nature and Science (Director: Yoshihiro Hayashi) will hold a new exhibition "A new fireball over the Kanto region" from November 10th (Tuesday) to December 13th (Sunday), 2020. We will hold a meteorite "Narashino Meteorite".

We analyzed the meteorites that fell around Narashino City, Chiba Prefecture on July 2, 2020, confirmed the classification, and applied for registration with the International Meteoritical Society under the name "Narashino". Related materials such as a part of the roof tile where the meteorite collided with the actual specimen of this new falling meteorite will be exhibited and introduced in the panel commentary. You can also observe the meteorite flakes on a monitor using a polarizing microscope.

Small pieces of Narashino meteorite No. 1 (left) and No. 2 (right)

■ Exhibition overview
There are 52 known meteorites that have fallen into Japan, including the Komaki meteorite that fell in September of last year, and about half of these, 25 meteorites, have been placed on the 3rd floor of the Japanese Pavilion in Japan. It is exhibited in the corner of the fallen meteorite. Narashino meteorite is a new meteorite that fell along with a large fireball passing over the Kanto region before dawn on July 2, 2020. The first meteorite fragment was found in an apartment in Narashino City, Chiba Prefecture, and an identification request was made to the museum through the Chiba Prefectural Central Museum. Gamma ray measurement was performed to detect cosmic ray-producing nuclides, and it was confirmed that the meteorite was recently dropped. confirmed. This is the 53rd meteorite confirmed in Japan for the first time in two years since the Komaki meteorite. After that, a second meteorite fragment was found in an apartment in Funabashi City, Chiba Prefecture, about 1 km away, and it was confirmed that one meteorite was a meteorite rain (meteorite shower) that caused many fragments to fall apart. It was. Then, with the cooperation of the National Institute of Polar Research and Kyushu University, we conducted a detailed analysis, confirmed the classification, and applied for registration to the Meteoritical Society of Japan under the name "Narashino Meteorite (Narashino)". Therefore, in this NEWS exhibition, the actual meteorite specimen was borrowed from the owner (a part was donated), and a part of the roof tile that the meteorite collided with was also exhibited, and the meteorite fell. I will introduce the situation. In addition, you will observe the meteorite flakes on a monitor using a polarizing microscope, and explain the analysis results and classification of these meteorite flakes on the explanation panel. At the same time as the Chiba Prefectural Central Museum, another small piece will be exhibited in Chiba.

■ Exhibits
・ Narashino meteorite real specimen
Approximately 63 g of small piece "Narashino meteorite No. 1" (donated, partly cut for analysis) first discovered in Narashino city and approximately 73 g of small piece "Narashino meteorite No. 2" found in Funabashi city (deposit, deposit, (Cut some for analysis), and some of those small debris will be on display. (Another fragment will be exhibited at the Chiba Prefectural Central Museum.) Since No. 2 was outdoors for 20 days after the fall, the metal contained in the meteorite has rusted and turned brown. When all the fragments are combined, No. 1 weighs 156g and No. 2 weighs 194g, for a total of 350g. Larger meteorite fragments are believed to have fallen from fireball observations, but have not yet been discovered.

・ Narashino meteorite flakes
Meteorite flakes are made by cutting a meteorite, pasting it on a glass slide, and polishing it to make it thin enough to allow light to pass through, so that the meteorite structure can be observed with an optical microscope. A polarizing microscope is a type of optical microscope that has been devised so that the interference color of minerals can be seen by passing a polarizing plate above and below the flaky sample, making it easier to observe the structure. You can monitor the flakes of Narashino meteorite using a polarizing microscope. 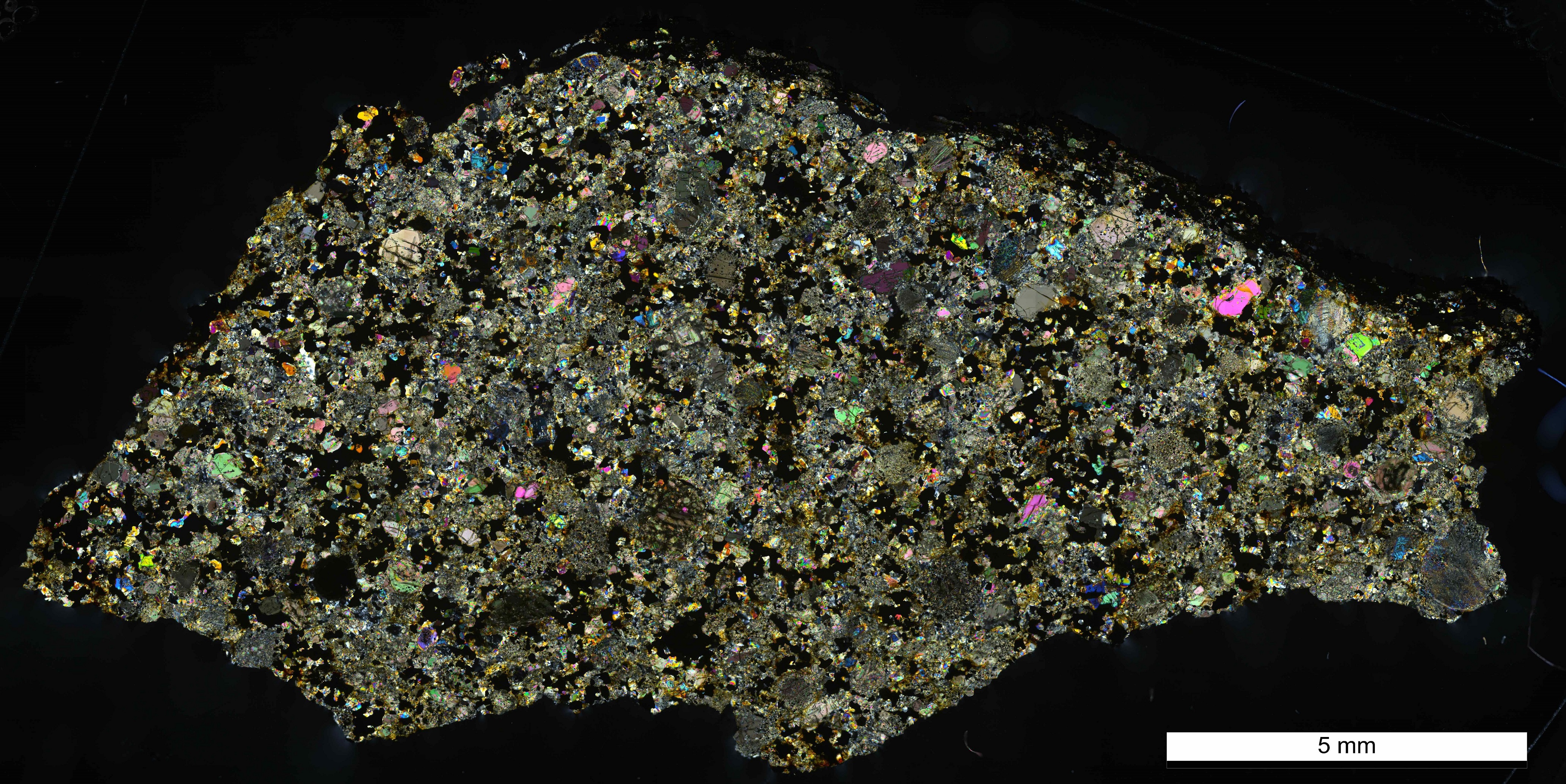 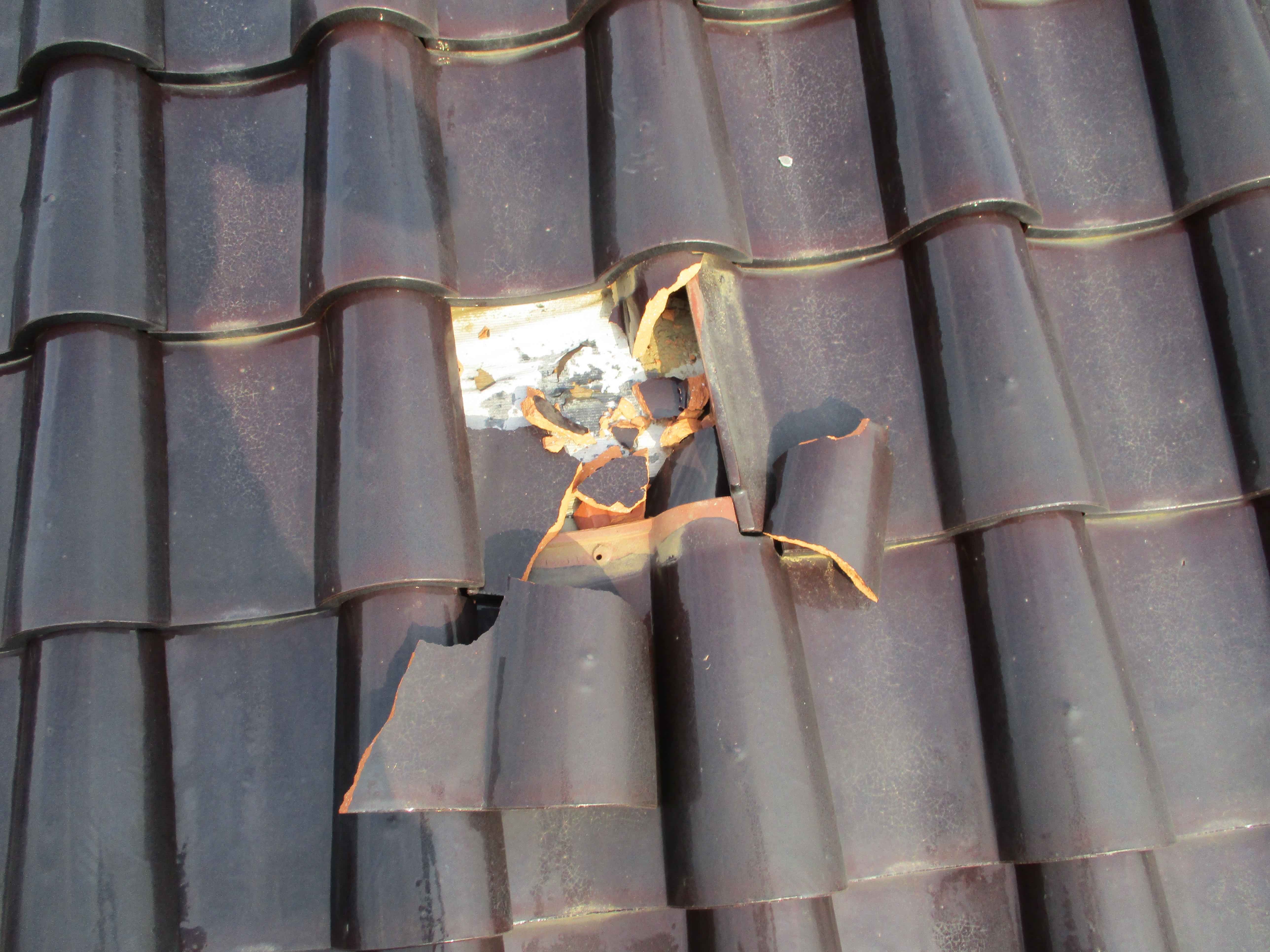 Roof tile that was broken by hitting Narashino meteorite No. 2 (Photo: Discoverer)