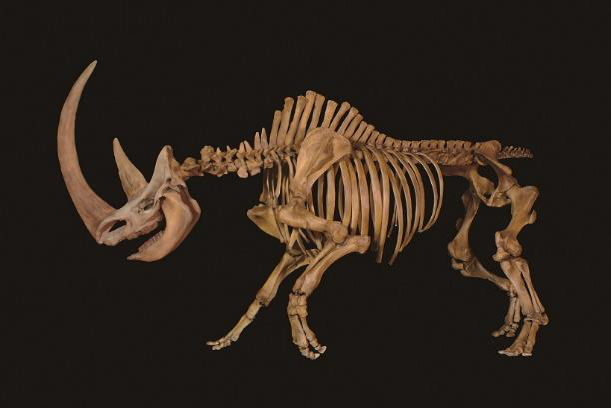 At the National Museum of Nature and Science (Director: Kenichi Shinoda), from Saturday, July 16th to Monday, October 10th, 2022, to commemorate the 100th anniversary of Roy Chapman Andrews' expedition to Central Asia. We will hold a special exhibition "Fossil Hunter Exhibition-Dinosaurs in the Gobi Desert and Super-Large Beasts of Himalayan".

A "fossil hunter" is a challenger who is inquisitive and has outstanding ability to discover and research precious fossils. This exhibition focuses on fossil hunters such as Roy Chapman Andrews, and examines the latest research results discovered in "Central Asia" during the last 100 years, including specimens of dinosaurs and the largest mammals in history. I will introduce it through valuable materials including. In addition, we will explain the "out of Tibetan" theory, which shows the emission and evolution of large mammals during the ice age, along with the exhibition of the whole-body skeletal reconstruction specimen and biological restoration model of the Tibetan Woolly Rhinoceros, which will be released for the first time in the world. The supervisor of this exhibition will send a message to children who are aiming to become the next generation fossil hunters. A science exhibition that invites you to a new intellectual adventure journey with the theme of fossil hunters.

* All specimen images not listed in this release are in the collection of the National Museum of Nature and Science.

Highlight ① You are also an adventurer! Follow Andrews' expedition in the Gobi Desert! 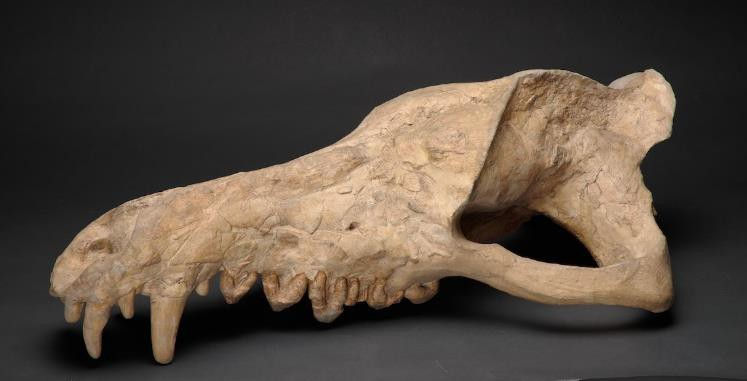 Approaching the "out of Tibet" theory of the evolution and dissipation of mammals!

The whole body skeleton restoration specimen and biological restoration model of the large beast "Tibetan Woolly Rhinoceros", which was released for the first time in the world, are exhibited. After the evolution of mammals originating from the Tibetan Plateau, such as Tibetan Kesai, Tibetan Yuki leopard, and Proto-Orbis, to adapt to the cold climate of the high-altitude Tibetan Plateau, which became a cold environment before the Arctic, the ice age Introducing the "Out of Tibet" theory that it was scattered all over the low altitude Eurasian continent.

Highlight ③ For the next generation of fossil hunters!

Introducing the daily activities of the supervisor of this exhibition and "the motivation for becoming a researcher", we will send a message to children who are aiming to become the next generation fossil hunters.

Chapter 1 “The Birth of the Legendary Fossil Hunter”

Introducing Roy Chapman Andrews on his way to a large-scale archaeological excavation in the Gobi Desert. Andrews got a job as a taxidermy assistant at the American Museum of Natural History and eventually began his career as a cetacean research expert. I also stayed in Japan for several months in a cetacean survey in East Asia. On the other hand, through the encounter with his teacher Osborn, he began to think about discovering fossils that prove the theory that "the origin of mammals including human beings is in Asia". He noticed the Gobi Desert, where only one fossil rhino has been found so far.
In this chapter, we will introduce the footprints of Andrews in his youth, the exhibition of whales that were the subject of research, and the interaction with his teacher Osborne.

The "Central Asia Expedition" led by Andrews was composed of a mobile car corps and a camel caravan supply corps, and made great achievements in fossil excavation. Especially in the excavation site called "Flame Cliff", we found fossils of various dinosaurs such as "hornless" ceratopsian protoceratops, dinosaur egg fossils, and theropods Berokiraptor and Oviraptor. The expedition took place five times from 1922 to 1930, all with excellent results, making Andrews a legendary fossil hunter in history.
This chapter introduces the results of a total of five expeditions conducted by "fossil hunter" Andrews from 1922 to 1930. We will also introduce ideas for expedition formation and various episodes during the expedition. 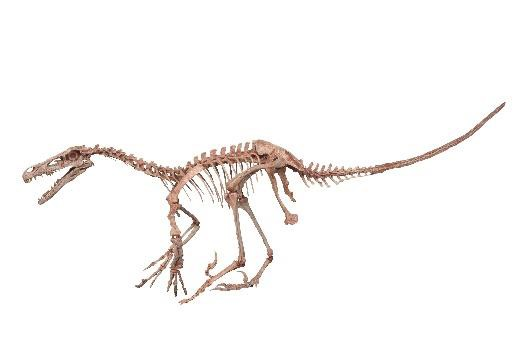 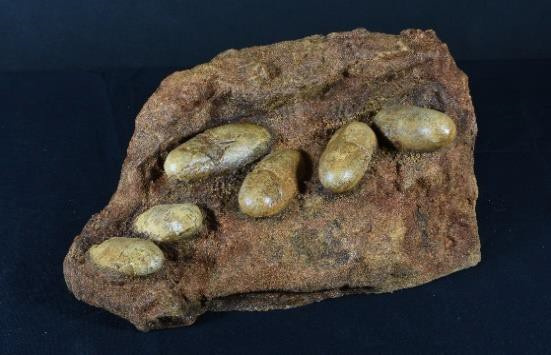 Shortly after Andrews' expedition, national expeditions headed to the Gobi Desert to follow him, unearthing numerous new species of fossils. To this day, many fossil hunters have been fascinated by the Gobi Desert and continue to research and excavate.
This chapter introduces fossils and research results discovered by fossil hunters in each country. We will exhibit fossils representing the Gobi Desert such as Tarbosaurus and Talarurus, Prenocephale, Sinornithomimus, and Citipati found in an incubating posture. In addition, Gobi Benator and Nemegtomaia discovered by the Japanese and Mongolian corps will also be exhibited. 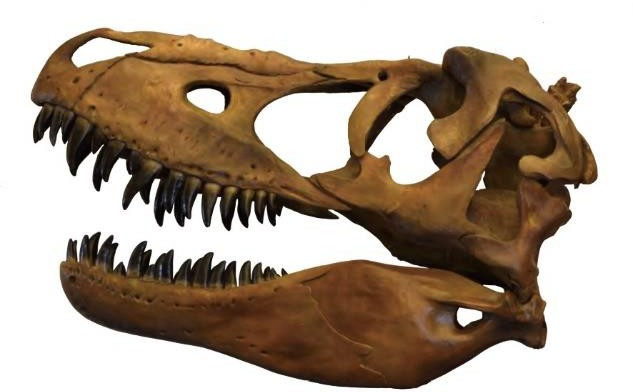 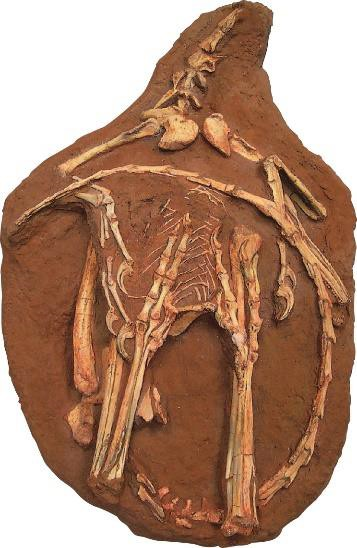 Chapter 4 "The Origin of Mammals Pursued by Andrews" 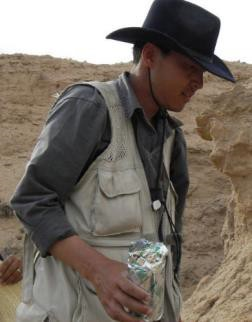 Andrews became famous for discovering various types of dinosaur fossils, but his original purpose was to discover mammalian fossils that led to the origin of humankind. In order to prove the theory that "Asia was a cradle for the evolution of mammals" advocated by his teacher Osborne, we excavated fossils of mammals of various sizes.
This chapter introduces a number of mammals discovered by the Central Asian Expedition, such as the largest terrestrial mammal in history, the parakeraterium, the largest terrestrial carnivorous mammal in history, Andrewsarchus, and the mammal with a large lower jaw, Platybelodon. increase. In addition, we will introduce the research results of Dr. Wang Xiaomin, a paleontologist who rediscovered the excavation sites "Platybelodon Quarry" and "Wolf Camp" whose exact location was unknown after the "Central Asia Expedition". To do. 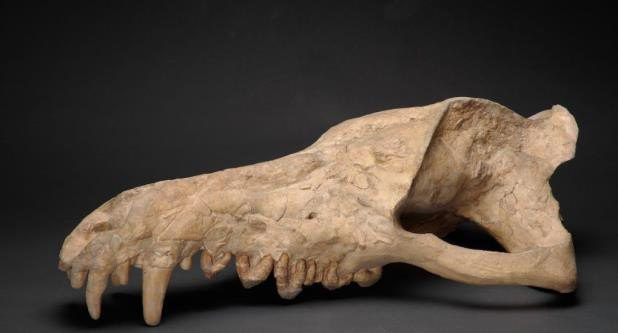 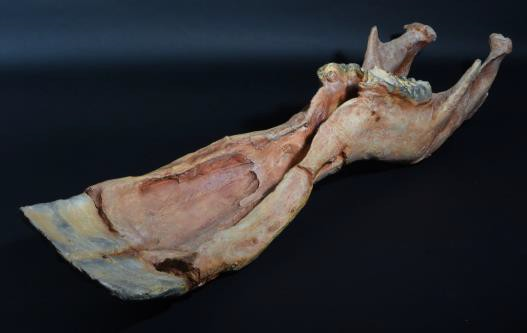 Chapter 5 "To the Tibetan Plateau, the Land of Challenge"

Uplift of the Tibetan Plateau and plate movement in Southeast Asia and East Asia due to the collision of the Indian subcontinent with the Eurasian continent * Simplified the figure of Royden et al.

In this chapter, we will explain the environmental changes in "Central Asia" from 50 million years ago to 10 million years ago. The climate of Asia changed drastically when the Himalayas emerged due to the great migration of the Indian subcontinent and the collision and uplift to the Eurasian continent. In "Central Asia", the Himalayas became a barrier and the dryness progressed, and East Asia, where the moist monsoon winds flowed in, became a warm and humid climate. Due to these environmental changes, the fauna and flora of Asia (animals or flora that live in specific places) will undergo major changes. In this chapter, we will explain the formation of the Himalayas and the Tibetan Plateau, which are the setting of the "Out of Tibet" theory, and the changes in the environment, the formation of the monsoon climate, and the accompanying changes in biota. 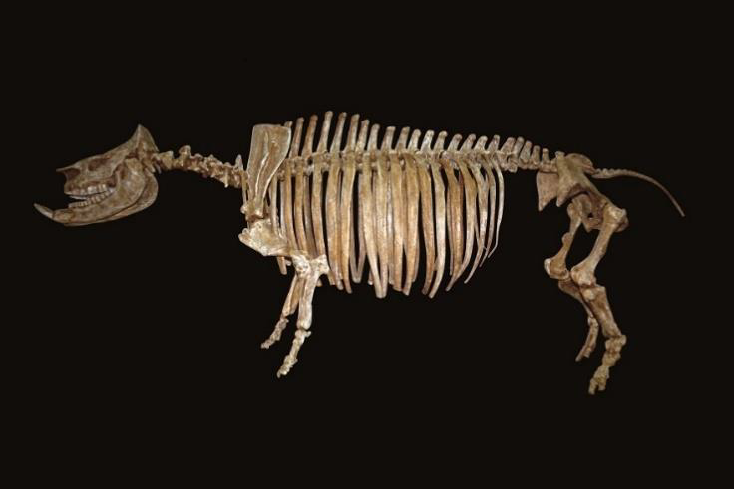 <Tibetan Woolly Rhinoceros whole body skeleton restoration specimen> * The skeleton in this photo is in the production stage and its shape is different from the completed version.

When the uplifted Himalayas and the Tibetan Plateau became frigid, only animals that adapted to the harsh environment evolved. As global cooling eventually progresses, animals that have adapted to the cooling will move from the Tibetan Plateau to lower altitudes in Europe and other parts of Asia. This is the "out of Tibet" theory that shows the dissipation and evolution of mammals . It was the discovery of fossils of the large mammal Tibetan Woolly Rhinoceros that gave birth to this theory.

In this chapter, we will exhibit the whole body skeleton restoration specimen and the biological restoration model of "Tibetan Woolly Rhinoceros" which will be released for the first time in the world. We will also introduce the origins of large animals during the Ice Age, fossil mammals that are said to have been released from the Tibetan Plateau, and research results. In addition, stuffed specimens of animals living in the Himalayan mountains will be exhibited to explore the evolutionary mechanism adapted to the harsh environment.
* The Himalayas are considered to be the third polar region after the Arctic and Antarctica because thick snow piled up in part forms glaciers even in midsummer, and are called the Third Polar Region including the Tibetan Plateau that extends to the base. ..

Chapter 7 "To you who will be the next fossil hunter"

We would like to convey a message from the supervisor of this exhibition to the children who will bear the future of the earth. Introducing the motivation for becoming a fossil hunter and the current state of research activities. In addition, we will introduce the work of people involved in specimen production from the restoration work video of the whole body skeleton and biological model of Tibetan Woolly Rhinoceros.

* Opening hours and closed days are subject to change due to future circumstances. Check the official website for the latest information
Please acknowledge.
* Please contact the Public Relations Office if you would like to see the public relations images and interviews featured in this release.