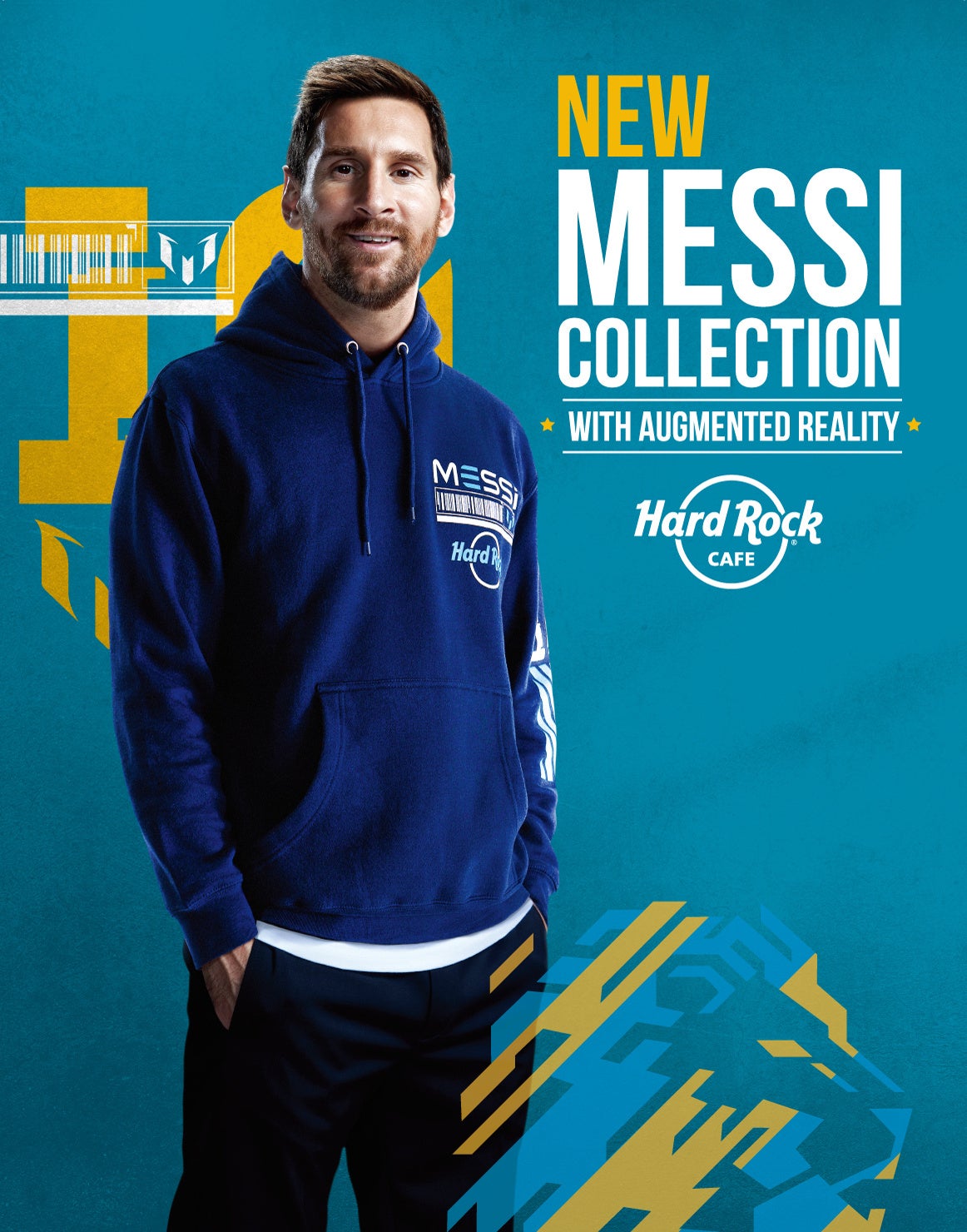 At the American restaurant "Hard Rock Cafe", the sales period for the special version "MESSI BURGER CHAMPIONS EDITION" of the original special burger devised by soccer player Lionel Messi will be extended until the end of February.

At the American restaurant "Hard Rock Cafe" where you can enjoy cooking while listening to various music, "MESSI BURGER CHAMPIONS EDITION" which is a special version of the original special burger "MESSI BURGER" devised by soccer player Lionel Messi. Burger Champions Edition)" is on sale in conjunction with the soccer season, but due to Messi's success and the popularity of the menu, the sales period will be extended from the end of December to the end of February.

In commemoration of the 50th anniversary of its founding in 2021, "Hard Rock Cafe" appointed Lionel Messi as an ambassador and held a campaign entitled "Live Greatness" for five years until 2026. . "MESSI BURGER" is a special hamburger that he himself developed as "Messi's ideal burger" and bears his own name. As part of this campaign, it was sold at Hard Rock Cafes around the world this spring. .

This "MESSI BURGER" has been updated with 3 kinds of sauces on the conventional burger sandwiched with grade brioche buns to match the soccer season. A double hat-trick burger with not only 3 kinds of sauce, but also quality, taste, and volume.
Don't miss this once-in-a-lifetime chance to taste Messi's special burger, the star of football in 2022! Please enjoy the latest burger that can be said to be the Ballon d'Or of Hard Rock Cafe hamburger items.

Two premium 100% beef patties grilled to perfection on a charcoal grill, served with mozzarella, chorizo, caramelized red onions, romaine lettuce, tomato and Hard Rock's signature spicy smoky sauce on toasted brioche buns. I sandwiched it.
As a special version, it is served with chimichurri sauce originating in Argentina based on parsley, aioli sauce with garlic added to mayonnaise, and Latin chili sauce with a fresh spiciness like salsa. You can enjoy a richer taste. 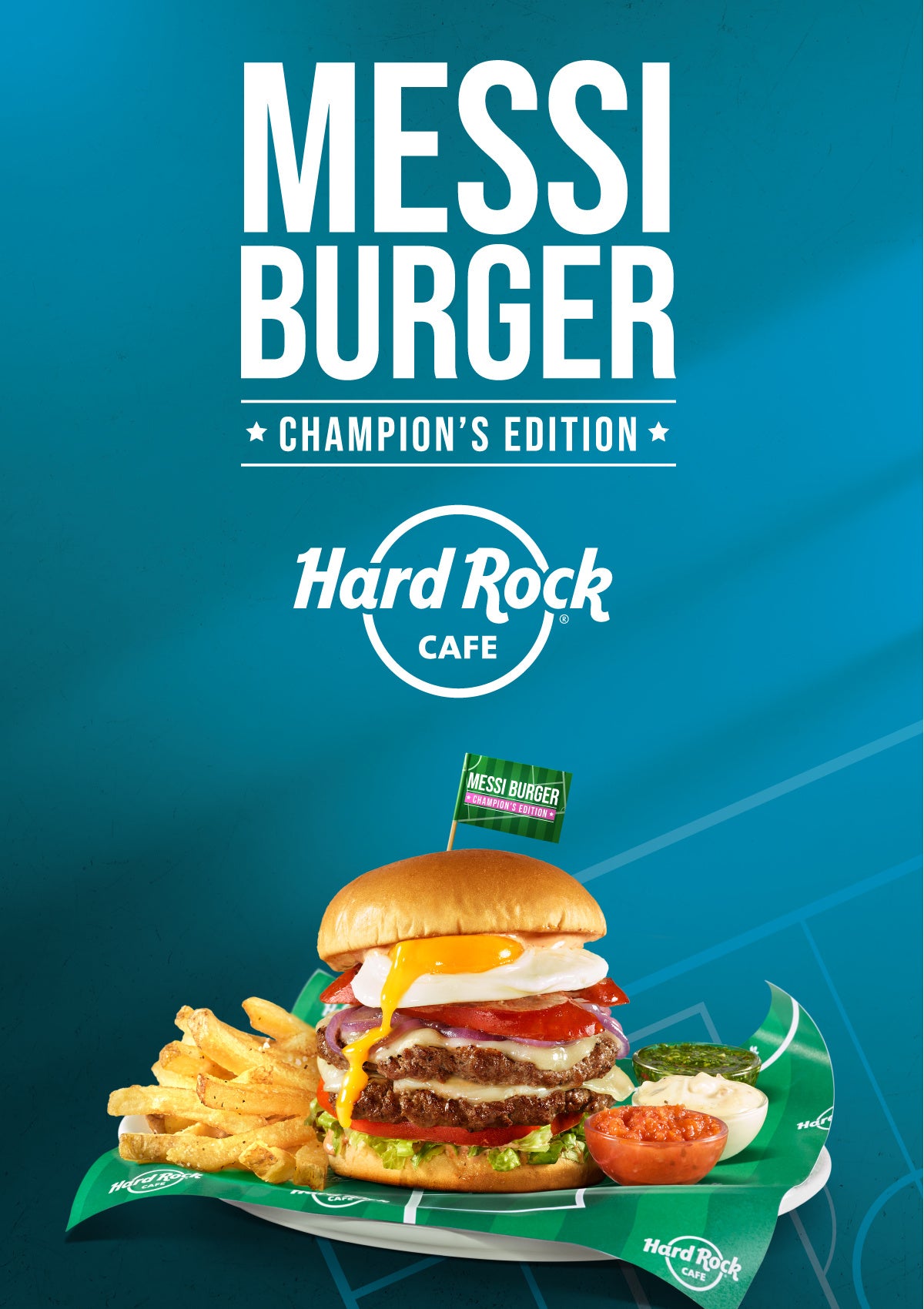 With hotels, casinos, rock shops, concert venues and cafes in 265 cities in 70 countries, Hard Rock International is one of the world's most recognized companies. In 2020, as a joint venture, we launched Hard Rock Digital and entered the internet gaming industry as a platformer.
Hard Rock's collection of over 86,000 priceless memorabilia (clothes and instruments of famous musicians), starting with Eric Clapton's guitars, are displayed in stores around the world.
In 2021, Hard Rock International will be named “Best Employer” in the Travel Leisure, Gaming and Entertainment industry by Forbes, and “Best Managed Company” in America by Deloitte Private and The Wall Street Journal. According to the research firm JDPOWER, as a luxury hotel chain, it has been awarded "No.1 Customer Satisfaction" in North America for three consecutive years. In 2020, we were also recognized by Forbes magazine as “the most diverse company in the workforce.” Each Hard Rock facility is represented by two of the most successful flagship stores in Florida and the world's first guitar hotel (guitar-shaped hotel) opened in South Florida, where the headquarters is located. with locations in famous international cities. The Hard Rock brand is operated by its parent company, The Seminole Tribe of Florida.
For more information visit www.hardrock.com or shop.hardrock.com