Tokyo National Museum Heiseikan will hold a special exhibition “Horyuji Kondo Mural and Baekje Kannon” from March 13th (Friday) to May 10th (Sunday), 2020.
The press conference for this exhibition was held, and this time we will deliver it. 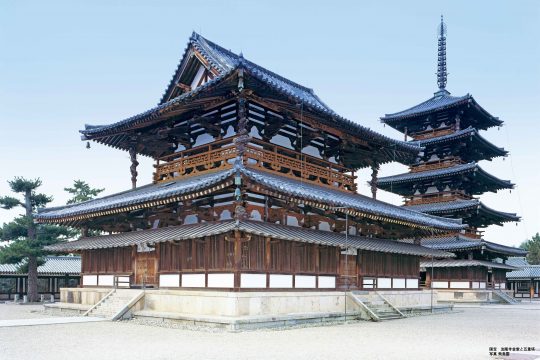 World heritage, Horyuji Temple. The main hall of the Saiin temple and the world's oldest wooden building, Kondo, had a mural painted in the Asuka period about 1300 years ago. 2020 is the milestone of 70 years since the enactment of the Cultural Property Protection Law in 1950, triggered by the fire at Horyuji Kondo.
In this exhibition, we will exhibit excellent Buddhist statues of Horyuji Kondo , current murals that were reproduced after burnout, and various Buddhas related to Kondo, such as the national treasure, Baekje Kannon , one of the greatest masterpieces of ancient Japanese sculpture.

★ The imminence of the old days approaching by copying

“Horyuji Kondo Mural” is a huge group of 12 paintings, 4 large walls depicting Buddha statues such as Shakyaku Jodo Map and Amida Jodo Map, and 8 small walls depicting Zhuge alone. Along with the Ajanta Caves in India, it is considered a world-class masterpiece, but it was burned down by a fire in 1949 during the repair of the dismantling of the temple.
In this exhibition, you will get a closer look at the day of the past by exhibiting particularly excellent reproductions from before the burnout and the reproduction of the current murals. 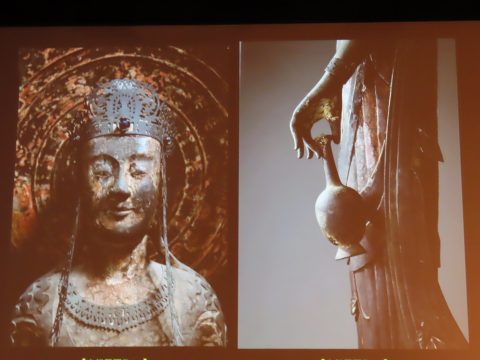 The national treasure “Kannon Tatsumi”, known as “Baekje Kannon”, has captivated many people with its unparalleled beauty created by its sleek body and gentle face. Since it was released at the Louvre Museum in 1997, it never went out of Horyu-ji Temple, but it will be released in Tokyo for the first time in 23 years.
In addition, the Bishamon Tenten statue, which is placed on the left and right of the main hall of the temple, and the national treasure Kichijo Tenten statue, are also on display. Introducing a selection of treasures related to Kindo. 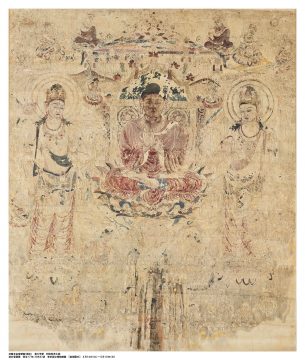 The 6th wall of the Southwest Great Wall, depicting Amida Sanson and Zhuji, the so-called Western paradise Jodo. This copy is by the hand of Osaka painter Kaun Sakurai, and it contains records of Kasei and Kasei Doji, which can hardly be confirmed in later copy. 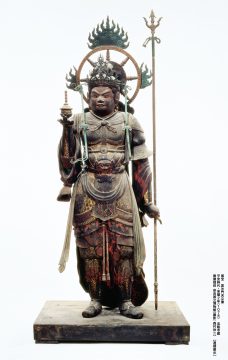 Kazunobu Uesugi is also a god of battle.

A Buddha statue enshrined inside the Horyuji Temple Hall as the main lord of the Kondo Hall for the national security. With the left hand on the opposite hand and the handle of the eagle, the figure with a treasure tower on the right hand is well preserved. 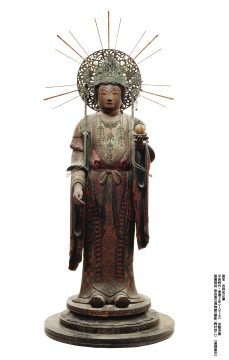 A statue of Kichijoten, his wife, enshrined with Bishamonten. The gentle and rich meat-sculpting conveys the splendid beauty of the late Heian period, along with stunning colored patterns.