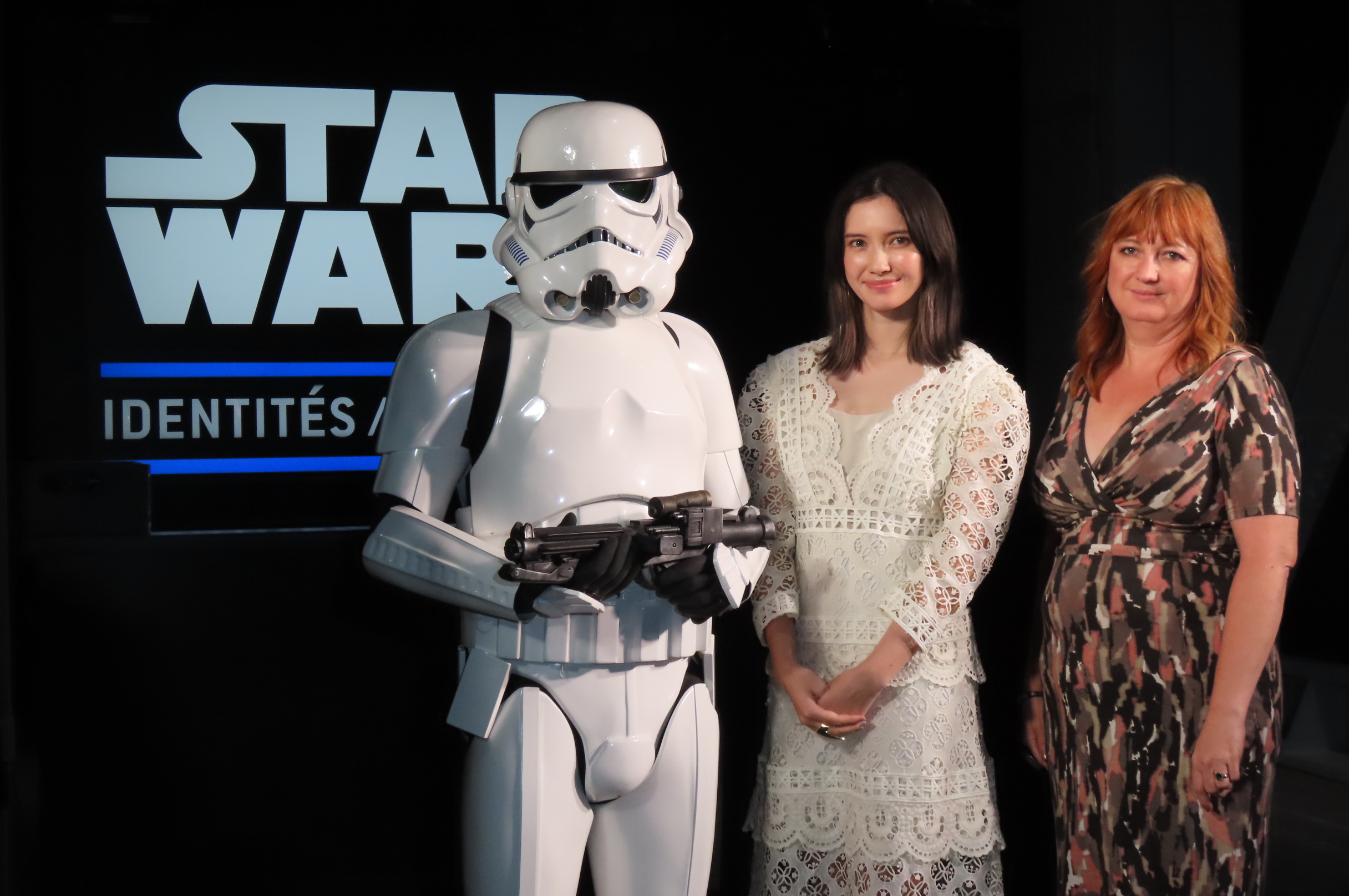 In the latest work “Star Wars / Dawn of Skywalker” released in December this year, the SF movie’s monument “Star Wars” series greets a big break.
In front of its historic timing, the major exhibition “STAR WARS ™ Identities: The Exhibition” will be held from August 8, 2019 (Thursday) to January 13, 2020 (Monday, National Holiday). In Shinagawa-ku, Tokyo).

Probably the first and last time in Japan you can see such a large-scale exhibit at a time. This is the largest exhibition of “Star Wars” in history.
Prior to the exhibition, a press preview of this exhibition was held on August 7th (Wednesday).

A must-see for fans! Follow the production process with about 200 exhibits 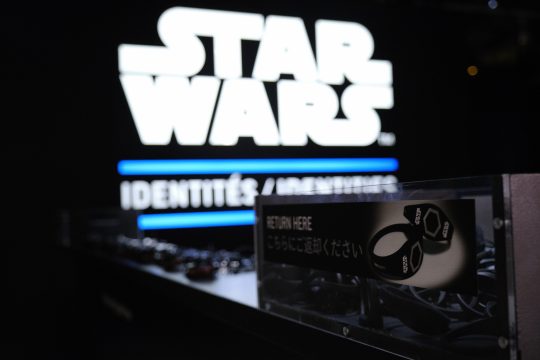 Exhibition hall entrance. Receive a bracelet and audio guide to use for the quest here 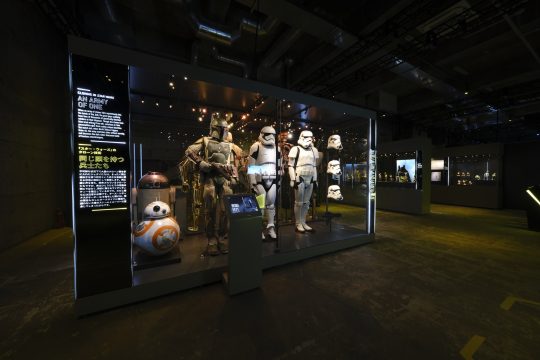 This exhibition is an “experience-based museum” planned and produced in collaboration with Lucasfilm by X Productions (Montreal, Canada), an interactive blockbuster exhibition.
An exhibition that allows visitors to immerse themselves in the world of “Star Wars”, and that the Lucas Museum of Narrative Art holds valuable exhibits such as props, models, concepts, and art used in the works. Will be displayed in a volume of about 200 items. 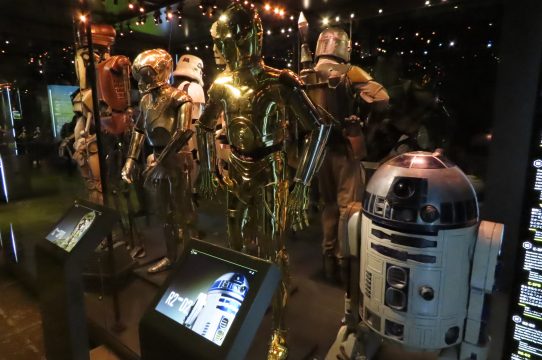 Familiar as “Star Wars face”, the appearance of R2-D2 and C3-PO 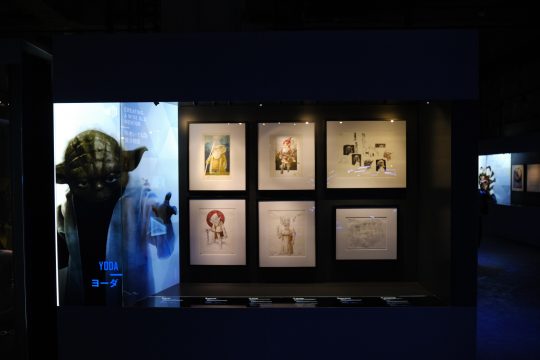 Introducing a lot of concept art to know the production process

Popular Darth Vader, R2-D2, Chewbacca, Boba Fett, Yoda … There are a lot of characters in the venue that crush the chest over the screen. All models, costumes and props were just used in the works and were released in original Trilogy (1977-1983), Prequel Trilogy (1999-2005), anime series, 2015 From “Star Wars / Awakening of the Force”, it covers a wide range of works. 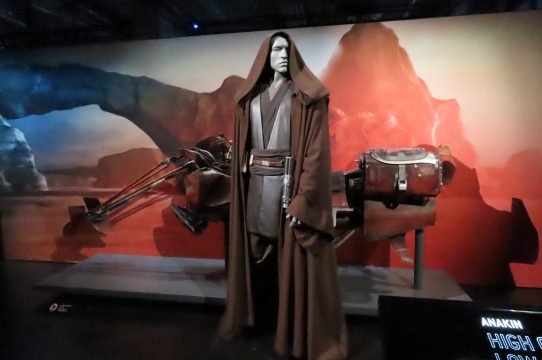 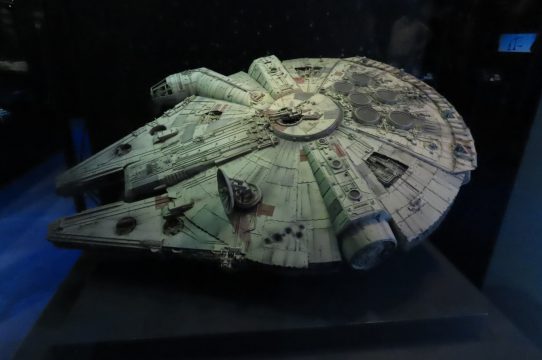 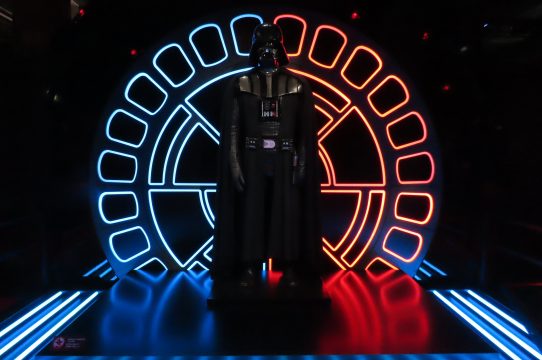 Also, the audio guide distributed at the entrance of the venue explains a secret episode about “Star Wars”. When you stand in the sign area on the floor, you will hear secret stories about the exhibits and episodes you may not even know.
“STAR WARS ™ Identities: The Exhibition” is an experiential museum that stimulates the five senses in all directions.

Meet your own “Star Wars” hero! 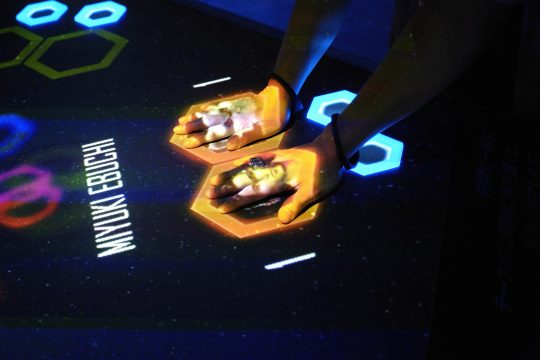 At the venue, wear a bracelet with ID and use it for quests. 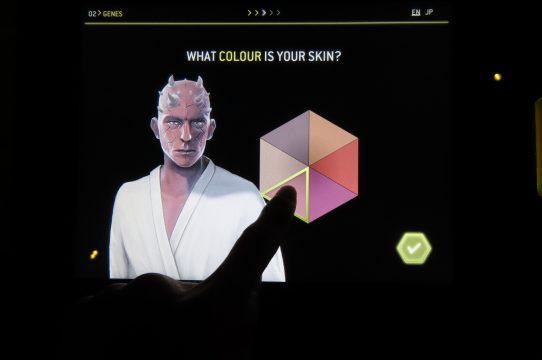 Choose a race, appearance, and growth environment to create a character

There is also a quest “Choose someone you respect”. Is your teacher Yoda? Han-Solo?

The biggest feature of this exhibition is a hands-on quest that uses 10 interactive spaces. By touching the ID bracelet while answering the questions, you can create an original character that reflects the identity of the visitors such as personality and values.

This interactive space was developed in cooperation with the Montreal Science Center and scientific advisors, so the questions are very precise and authentic. Lastly, the visual of the completed character was shown on the display, and the story and personality analysis can be read.

If you are born in the world of Star Wars, please check the outcome at the venue! 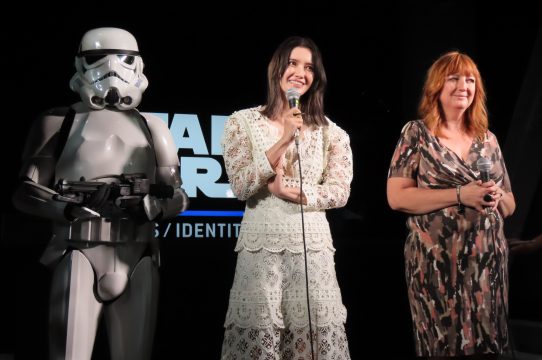 At the preview, Satoshi Ichikawa (center) of the official ambassador and Leila French (right) of the Lucas Museum appeared with the Stormtrooper 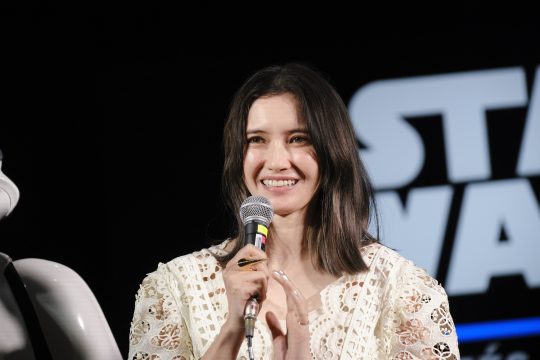 Mr. Ichikawa, known as “Star Wars” mania. Also has a wide range of hobbies such as Gundam and railway

At the press preview, Rei Ichikawa, model ambassador for the Japan exhibition, and Leila French, the archive director of The Lucas Museum of Narrative Art, appeared.

Ichikawa-san said, “It was awesome!” In response to his impression of experiencing this exhibition as soon as possible. Moreover,
“This time, the interactive quest is what I want to pay attention to. This is a request from me or a recommended point, but please try to answer questions as seriously as possible. Based on proper psychology. I am sure that the result will be a surprise! ” , Praised the interactive quest of this exhibition. Especially when I challenged with a close person, it was interesting to see the unexpected side of the person, and it was recommended for a date. 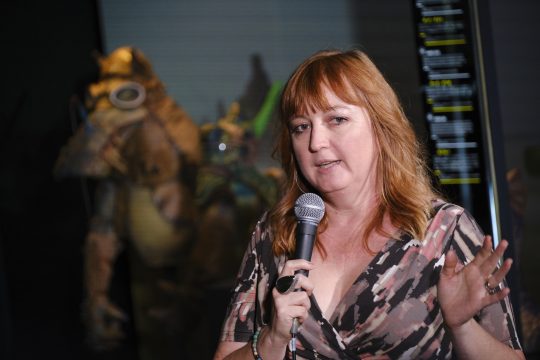 Leila French who explains the exhibition at the venue

Leila said, “Star Wars has been greatly influenced by Japanese culture, and there are many Star Wars fans in Japan. For Star Wars, Japan is like a“ hometown ”.
In addition, this year’s Japan exhibition has many artworks such as illustrations and original drawings, making it our favorite exhibition. I would like to take this opportunity for everyone in Japan to experience it. ”
He talked about his expectation for the exhibition in Japan.

“ STAR WARS ™ Identities: The Exhibition” is a quest experience-type museum with the theme of “Question of Identity ”.
Please enjoy your unique “Star Wars Experience” at the venue, exciting and exciting new discovery and rediscovery! 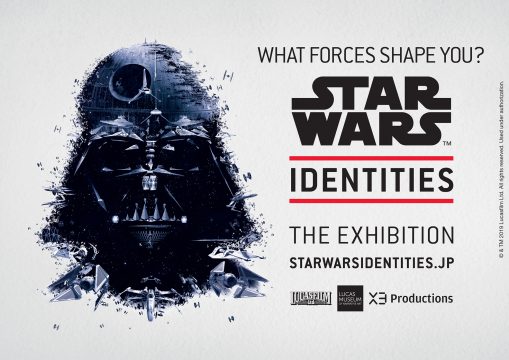