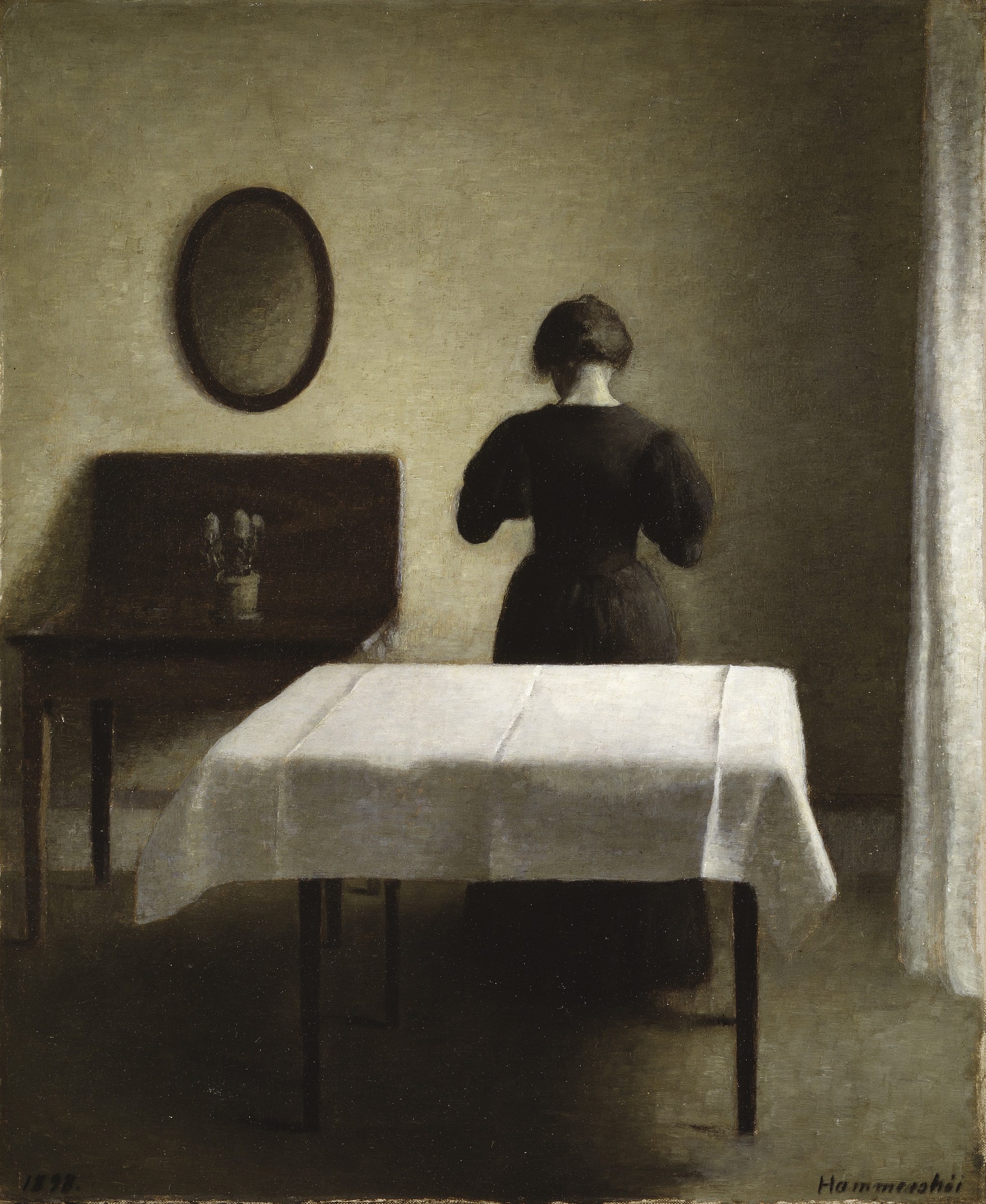 Next year, from January 21 (Tuesday) to March 26 (Thursday) 2020, "Hamashoi and Danish Painting Exhibition" will be held at the Tokyo Metropolitan Art Museum.
This time, we will inform you that a press conference was held prior to the event. 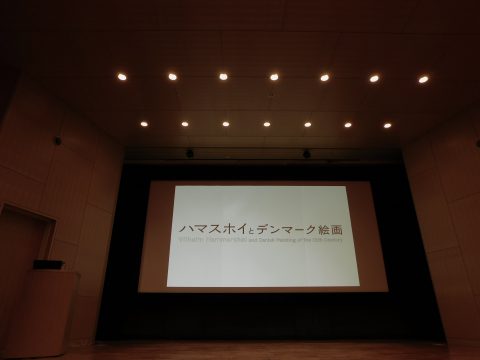 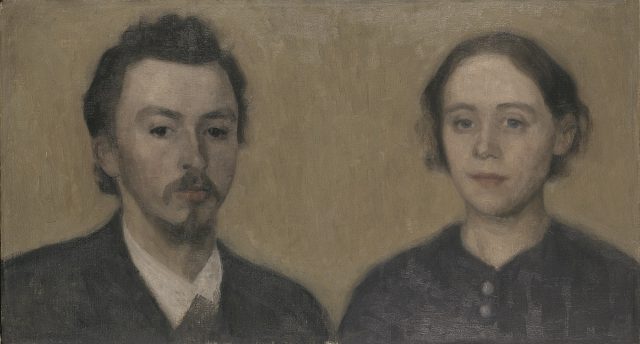 Wilhelm Hamashoy «Portrait of a painter and wife, Paris» 1892 The David Collection, Copenhagen

Wilhelm Hamashoy (1864-1916) is one of the leading painters of Danish painting at the end of the 19th century.
He started drawing at Sobu at the age of eight, studied painting at the Royal Academy of Fine Arts in Copenhagen, Denmark at the age of 15, and debuted in 1885 with "Sister Ana Portrait".
The early style was centered on landscapes and portraits, but after the 1890s, many indoor paintings began to be drawn.
At the 30th Strangerse (Copenhagen Old Town), where he moved in 1898, a series of tranquil works depicting the apartment gained high acclaim in Denmark and abroad, fascinated by Ballet Rus Diagirev and the German poet Rilke. , Came to be called Scandinavian Vermeer.

By the way, why Hamas Hoi drew a lot of room paintings, it can be said that there is a lot of grief and nostalgia for the destruction of old buildings due to the modernization of Denmark.
Hamas Hoy drew about 400 works in his lifetime.
This exhibition features a part of Hamas Hoy's work and the surrounding Scandinavian art works.

The exhibition is roughly divided into 4 chapters.

Introducing the beginning of Danish painting and 16 paintings that became the basis of Danish culture.

Introducing 15 Skaine works from the early days when Hamas Hoy debuted as a painter in the 1880s and became a professional painter.

Chapter 4 Wilhelm Hamashoei-In the silence of the capital

Introducing 37 works by Hamas Hoi that cover genres of each era, such as portraits, landscapes, and architectural paintings.

About 40 Hamas Hoi works, including Japan's first public works, gathered together to introduce its charm, also called “Nordic Vermeer”.
One of the unique talents of Hamas Hoi will be revived after over 10 years since the 2008 exhibition. 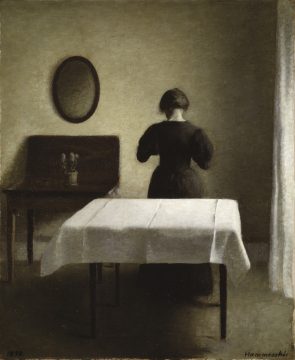 In the first half of the 19th century, Scandinavian art that sublimated into pure works from the pure and rustic paintings of the period known as the golden age of Danish painting, opened in Copenhagen, the center of Scandinavian art. Introducing the beautiful works and the characteristic indoor paintings of painters who were active in the capital at the end of the century. 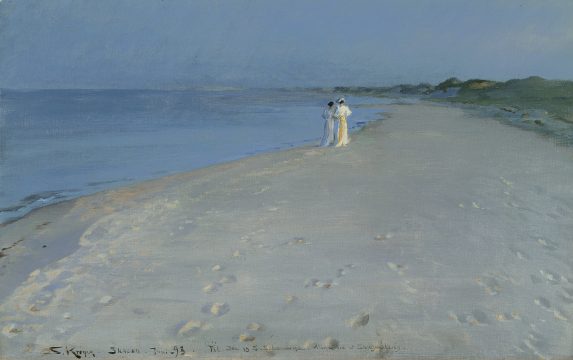 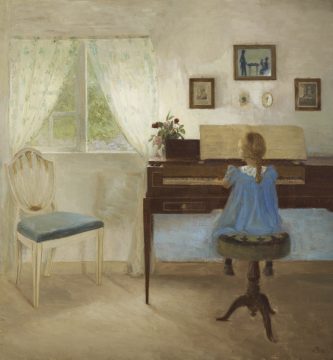 The highlight of the exhibition ③ Touch the Danish culture "Huge"

There are values that Danish cherishes.
It ’s a hygge.
The works drawn by Danish painters at the end of the 19th century feature the beautiful nature of Scandinavia, the people who live there, and the families who spend their private life in a calm space.
The highlights of the exhibition are the places where you can come into contact with this Huge. 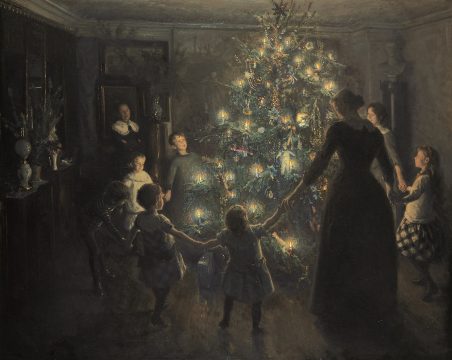 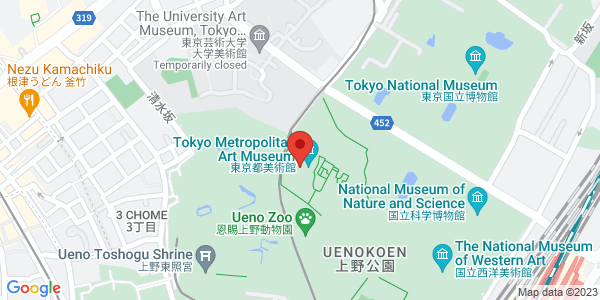