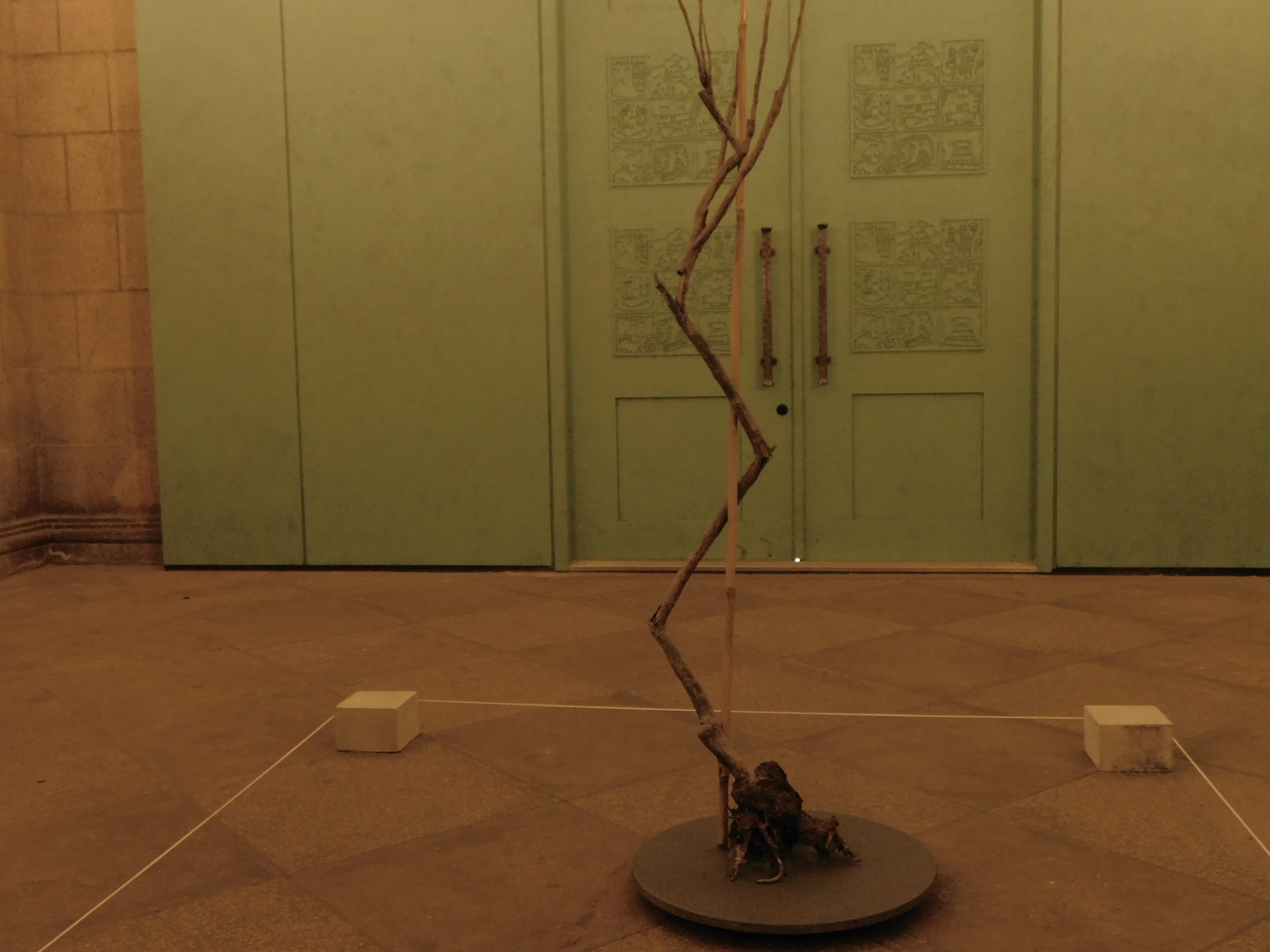 The Ueno Culture Renewal Planning Executive Committee and the Tokyo Metropolitan Foundation for History and Culture, Arts Council Tokyo are developing the cultural arts business “UENOYES”. An effort to disseminate information to the world, with the theme of social inclusion, helping people who are vulnerable to friction, exclusion, loneliness and isolation from each other, and supporting each other as a member of society.
As part of this effort, from October 18 (Friday) to November 17 (Sunday), 2019, at the Old Museum Zoo Station in Ueno, Tokyo, titled “The Future with Recollection: Metal Silence 2019” Exhibitions that invite foreign artists are held on Fridays, Saturdays, Sundays and holidays.
The other day, a press preview of this exhibition was held.

A six-hour feature film that traces the victims of civilians around the world from 1911, which is said to have been the first air strike in the world, to 2019, on a three-sided screen. Collected by big data in the hands of more than 100 women with the cooperation of, and researched and produced over 5 years.
Through this work, Lucas said, “ I put in a message that it is important to have a feeling not to repeat the war again by giving thoughts and feelings to the victims who were killed by the air strike .” It is. 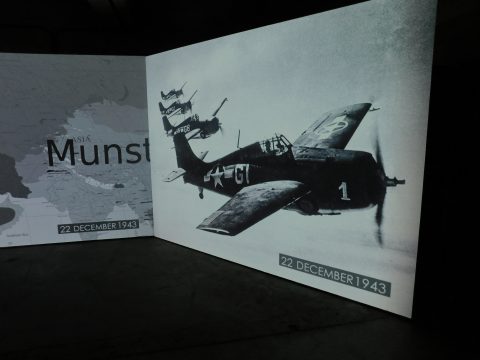 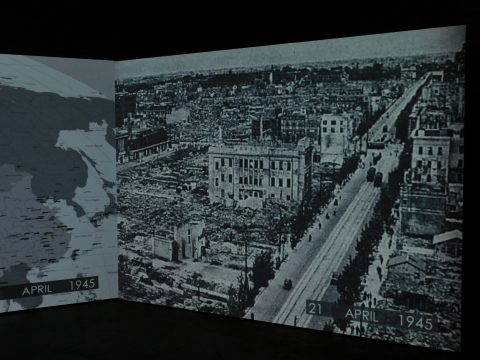 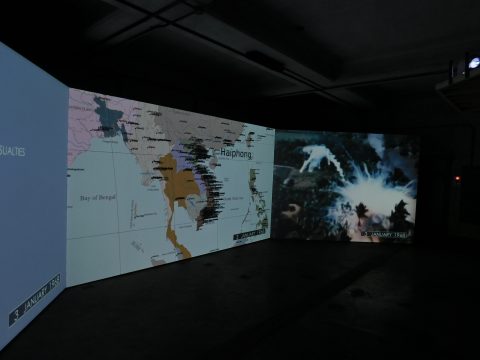 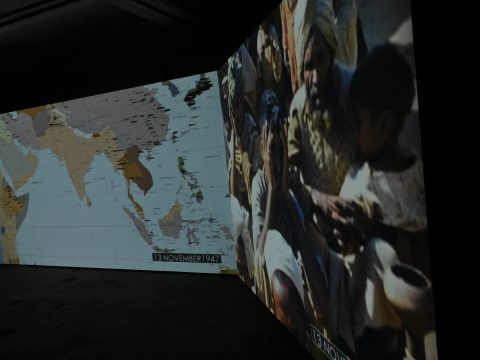 Born in Jaen, Spain in 1973.
Through a wide range of media expressions such as images, photographs, installations, drawings, performances, etc., we are exploring the possibility of bringing different interpretations to generalized myths and providing issues for better understanding of the current social situation. You

A new sculpture of zigzag shaped branches of a bronze tree, inspired by the rich nature of Ueno Forest, a treasure trove of diverse trees.
At first glance, it is a simple piece of work that is simply tangled with a living tree on bamboo, but it is a work that makes you feel the vitality of life even though it is simple. The interpretation is individual.
Mr. Castillo, through this work, "that the trees also human beings there is a diverse way of life, and it is as it is healthy? Is a common question a?, Was to work to think about the tolerant society" is that of the ¡ 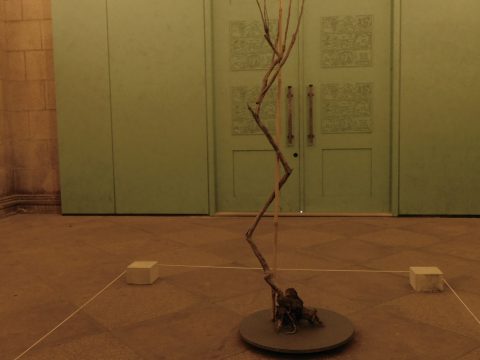 Born 1970 in Madrid, Spain.
Based on his childhood experience under the Franco administration, he has a strong interest in history and social events, analyzes factors related to power, and reviews them from various perspectives.
We express in various ways such as sculpture, painting, video.

I told you about the press preview of “The Future with Recollection: Metal Silence 2019”.
A historic station near the Ueno Park, the old Museum Zoo station.
The visual works and sculptures of Spanish artists who appreciate them were radiated with unique colors.
Through these works, we should be a chance to fundamentally review people who have been in a weak position and their own way of life.

Personally, when watching an aerial bomb scene in a video work, the sound of a nearby train echoes and I feel as if I am experiencing the horror of an aerial bomb. It was.
An overseas artist invitation project “The Future with the Power of Recollection: Metal Silence 2019” held as part of the cultural arts business “UENOYES”.
It is currently being held. Participation fees are free, so why not drop in when you come to Ueno Park?

* A photo session was held at the end of the press preview. 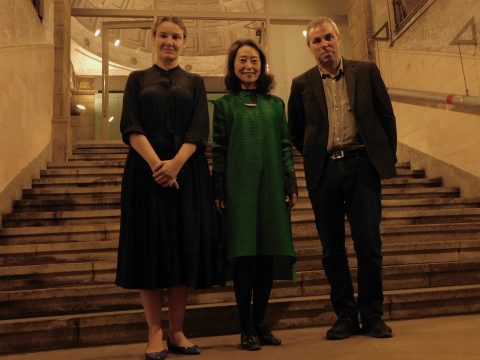 December 1933 Opened as a station of Keisei Electric Railway Co., Ltd.
At that time, because the planned construction site of the station building was a royal estate, it was constructed under the courtesy of Emperor Showa at the front conference, and if these circumstances were taken into account, the design inside and outside the station building was a Western-style majestic structure. It has become.
Since its opening, it has been used as the closest station to the Tokyo Imperial Museum (currently the Tokyo National Museum) and Onshi Ueno Zoo, but was closed in 1997 and discontinued in 2004 due to a decrease in users.
After that, on April 19, 2018, it was selected as the first “Tokyo Metropolitan Historic Building” as the first railway facility as a building with particularly important historical value on the landscape. In June 2017, Keisei Electric Railway Co., Ltd. And a national university corporation, Tokyo University of the Arts, a cooperation agreement was signed.
To renovate the inside of the station building and make it open to the public (not open except during the event), a new entrance door designed by Katsuhiko Hibino, UENOYES General Manager of Tokyo University of the Arts and General Producer, will be As part of this exhibition, art works were exhibited.