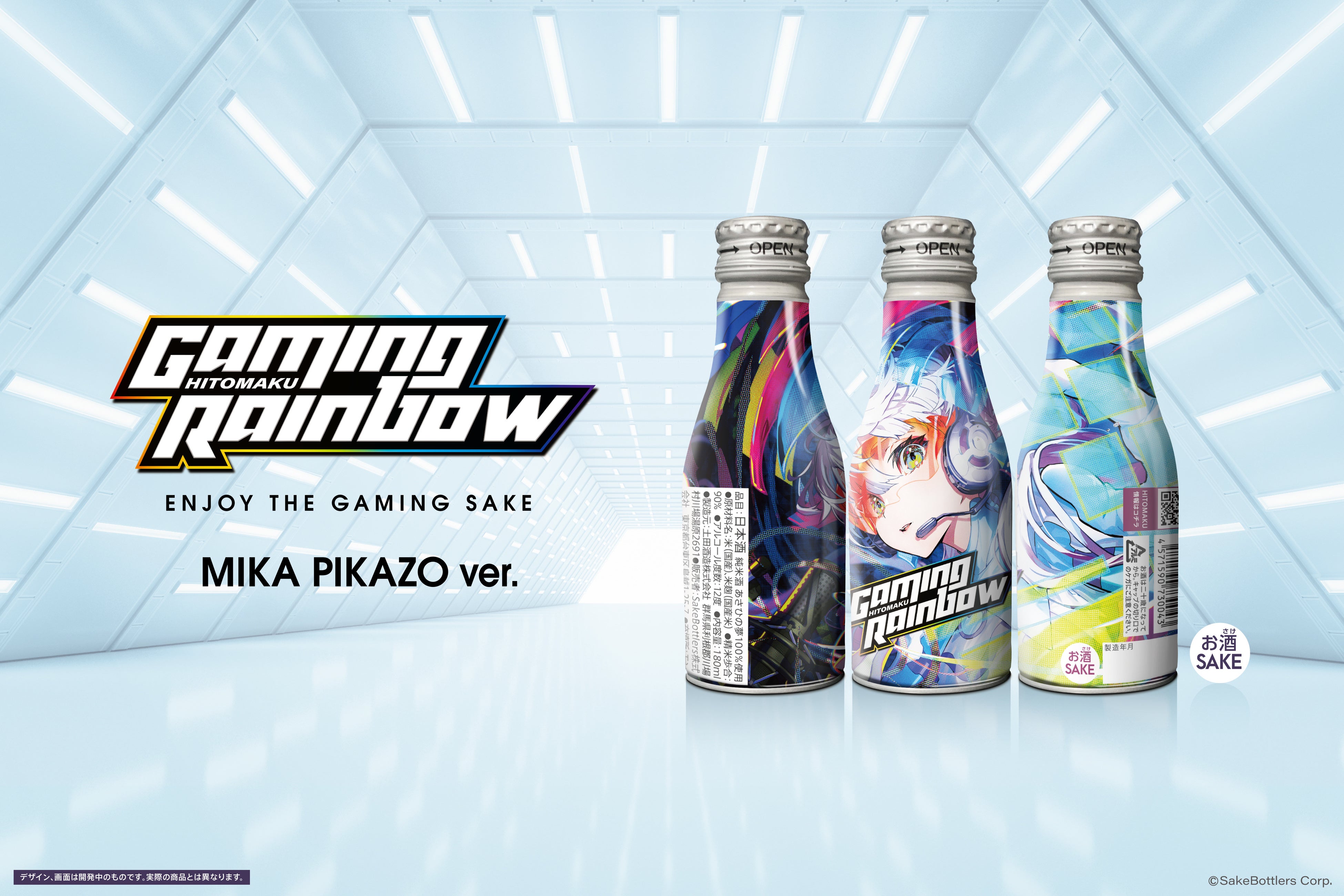 Crouching big punch and expressing taste. Many game fans are gathering support for sake cans, which are packed with the particulars of "gaming" sake.

SakeBottlers Co., Ltd. is the second in the HITOMAKU series of sake bottle cans, "GAMING RAINBOW" (180ml) for "drinking sake while playing games" by crowdfunding at CAMPFIRE until 6/3 (Friday). Pre-sale is underway ( https://camp-fire.jp/projects/view/562978 ). With the support of game fans, we achieved the target amount of 1 million yen in 3 hours and 2 million yen in 4 days, and are currently challenging the NEXT goal of 4 million yen.

In addition, a tasting and sales event for sake bottle cans HITOMAKU will be held at Takao "Takaone" on 5/21 (Sat) and at Kuramae "Maskramae" on 5/28 (Sat) 29 (Sun). You can experience sake that you drink in a can. 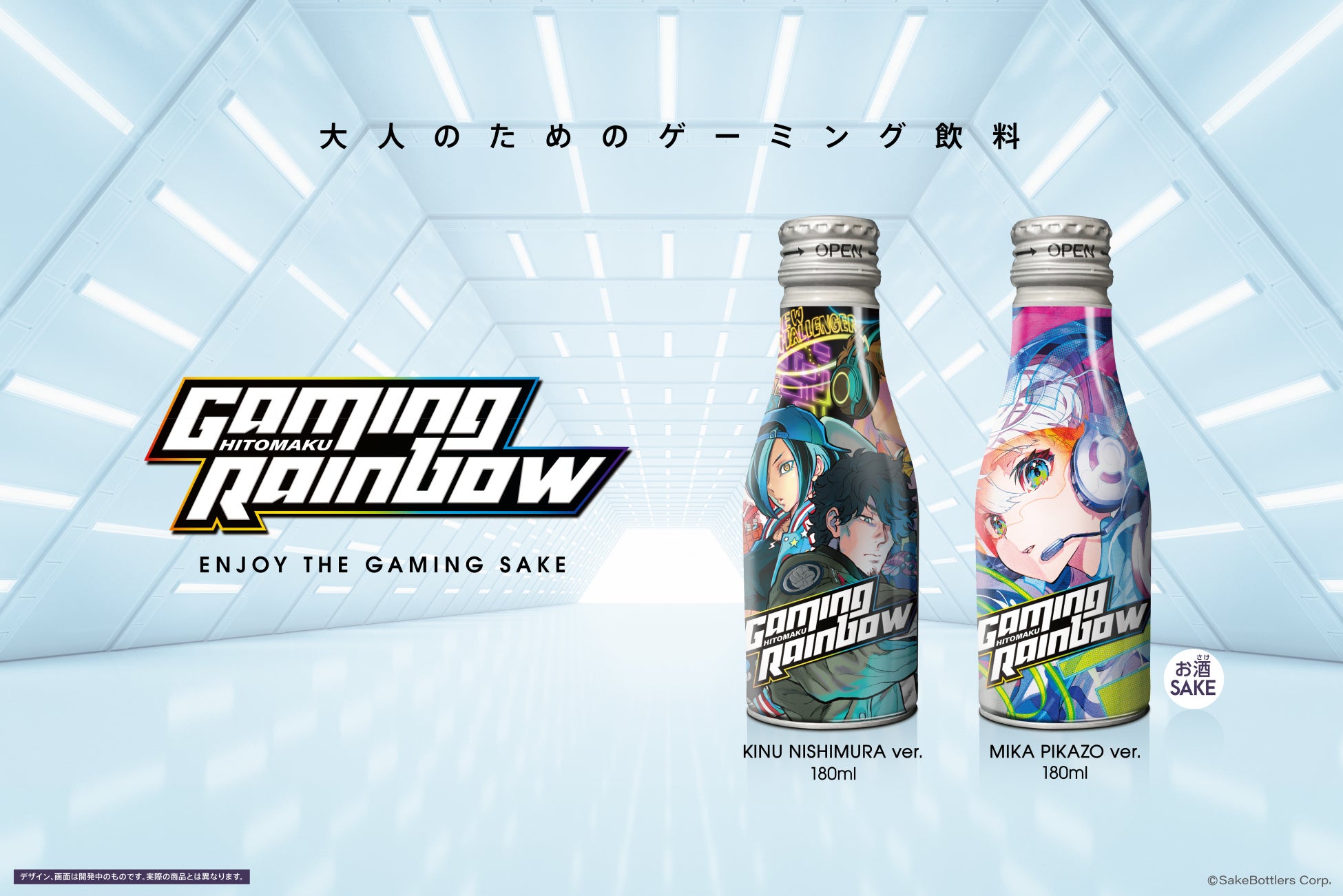 As the second in the HITOMAKU series of sake bottles, the gaming sake "GAMING RAINBOW" (180ml) for "drinking sake while playing games" is on sale at CAMPFIRE in advance. A planner who is a Gachi gamer and a representative of a sake company and a former representative of Capcom's Tsuchida Sake Brewery have seriously made sake that suits the gameplay.

Even on SNS, "It's an aggressive project, but the depth of creation is amazing", "I feel love for games", "It's too interesting to be in the former game industry up to the brewery", "I'm thinking of taking this opportunity to drink sake. "I like playing games while drinking alcohol, so I welcome you", "Sake for me!", "I'm worried because the range of returns is too wide", "Gaming sake is too power word" I have a voice.
By seriously facing and collaborating with the game, we have created an opportunity for people who have never been exposed to sake to drink sake.

The second in the HITOMAKU series is the game sake "GAMING RAINBOW"!
It is sake that you drink while playing games in general (videos, boards, cards, etc.), and it is a sake that creates (or reminds you of) the culture of "drinking sake while playing games".
Energy drinks are famous in the e-sports scene, but as a result of hearings (20s-30s, 27 men, 3 women), 60 respondents said that they sometimes drink canned beer or liquor high during games at home. %, Energy drink was 17%. Therefore, it seems that there is still a lot of room for sake to enter.

The theme is "getting better little by little".
It doesn't get better overnight, but you can grow step by step.

It is a drink that resets your mood, rejuvenates you, and enjoys you with your friends. As for the nature of sake, there is a "change after opening" (it becomes delicious).

I would like you to sympathize with the fact that gaming sake, which is used to spread the culture of "drinking sake during games," can be trusted by game fans if this illustrator is appointed.
We have created two types of label illustrations to sympathize with a wide range of game fans.
(1) Kinu Nishimura for users (35-45 years old) in the heyday of fighting games.
(2) Mika Pikazo for users (25-34 years old) who play games such as current social games and FPS. 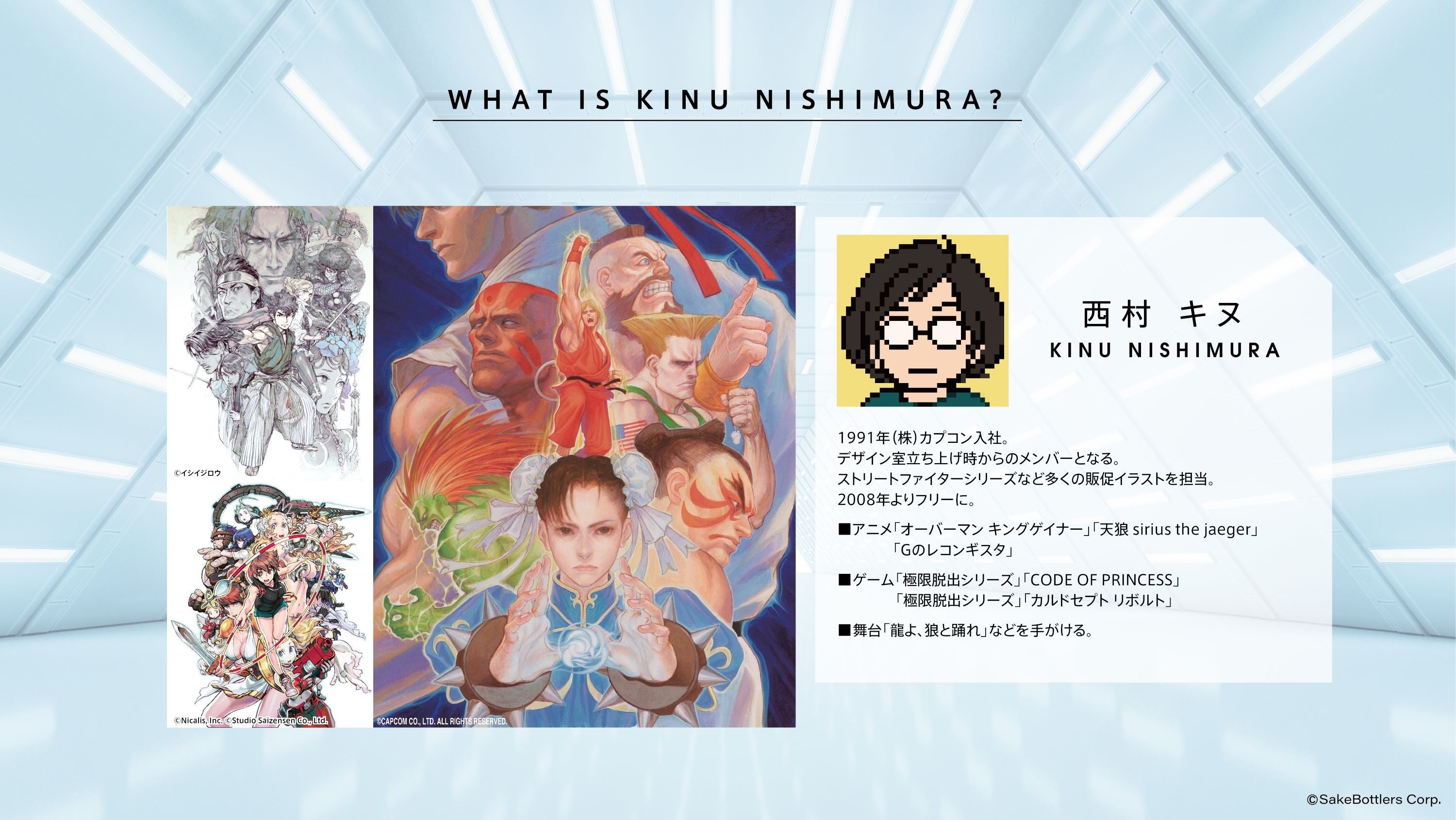 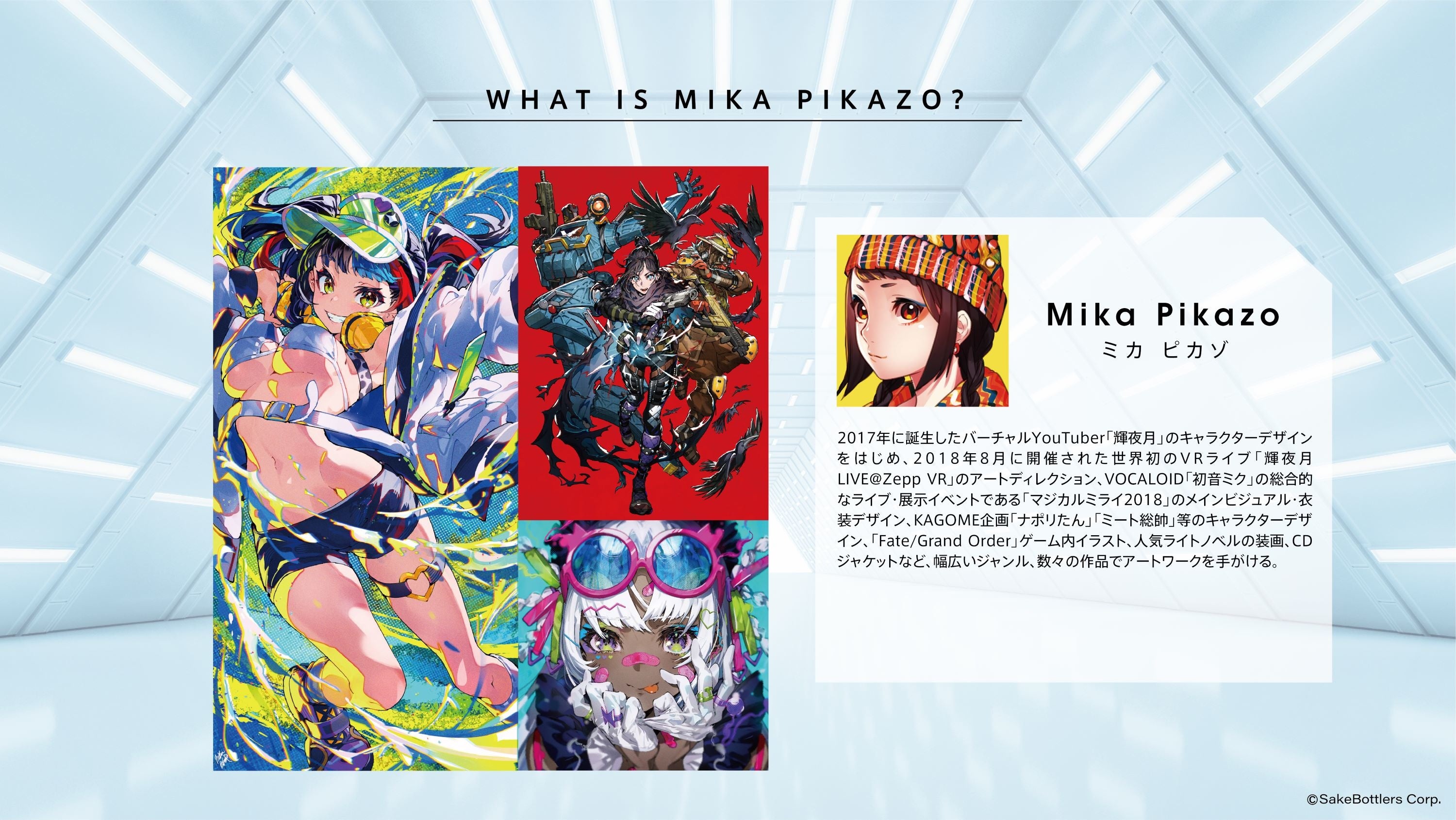 Illustration and can design of Kinu Nishimura Ver. 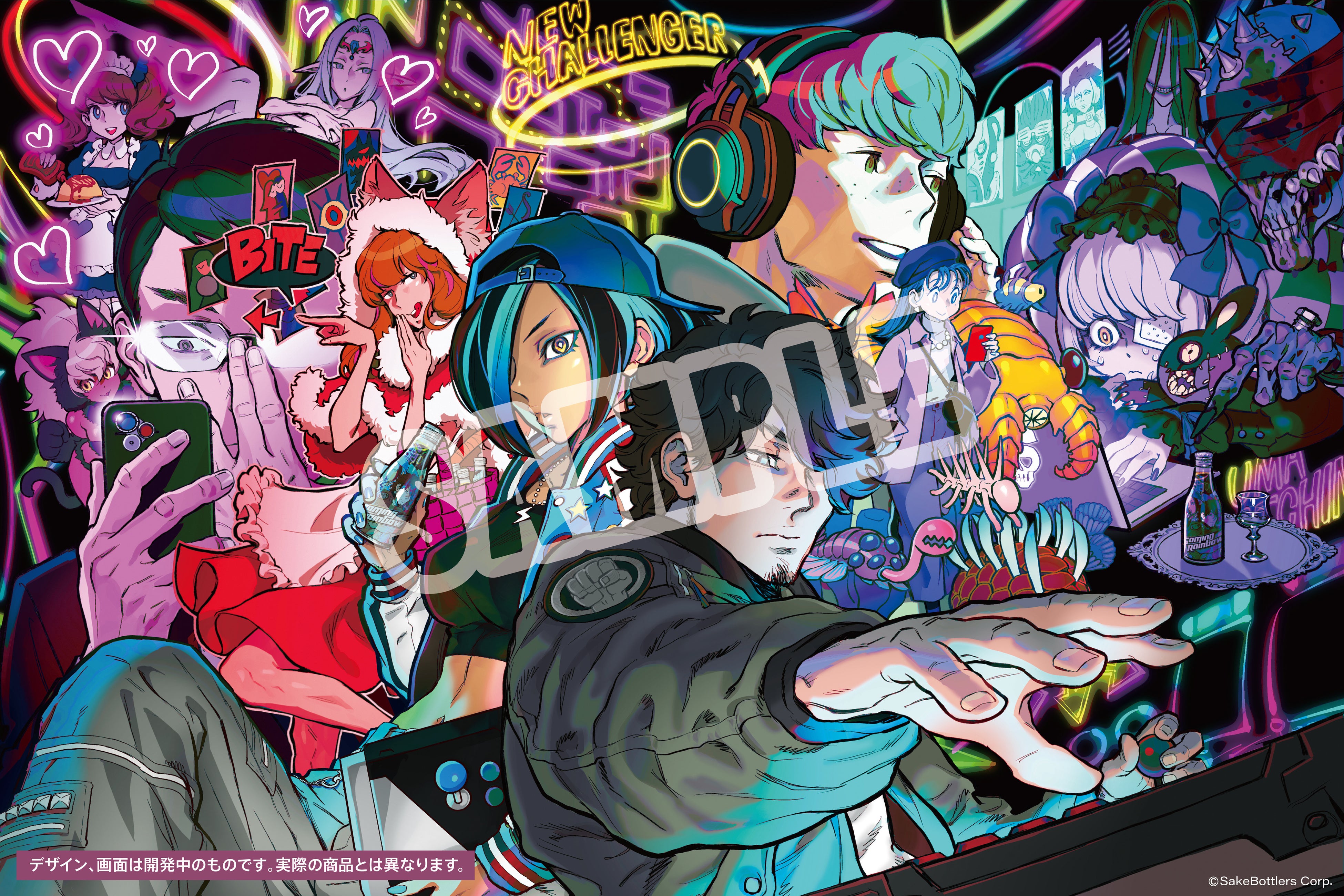 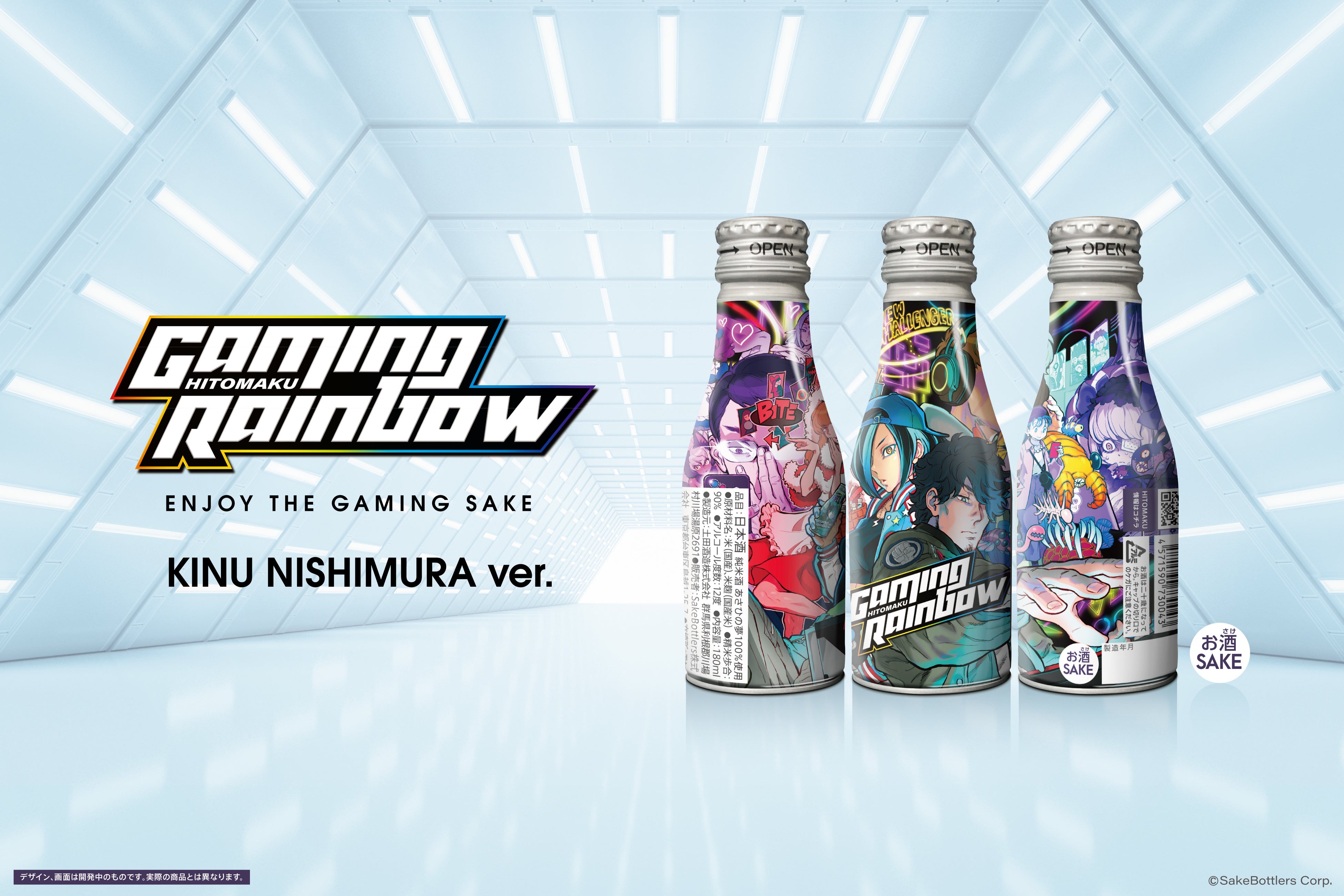 Illustration and can design of Mika Pikazo Ver. 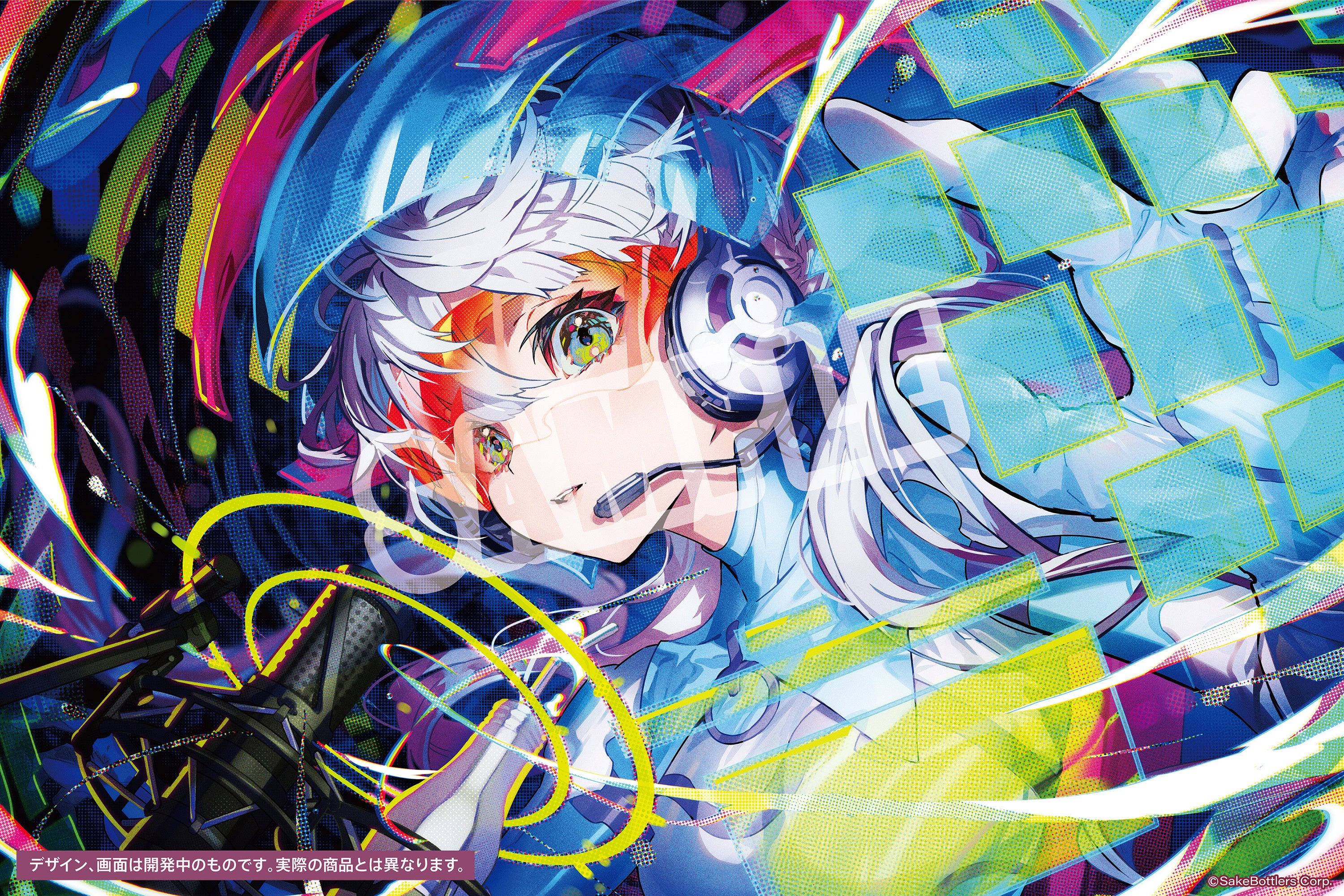 Tsuchida Sake Brewery is a representative brand of Tsuchida and Kunimitsu Homare, and with the theme of "getting the best out of the taste of rice" with "total amount of pure rice raw sardines", it is made by relying on the fungus of the brewery without adding any additives. .. With its distinctive taste and products, it is often featured in magazines and media, and is one of the most vigorous Japanese sake breweries in recent years. 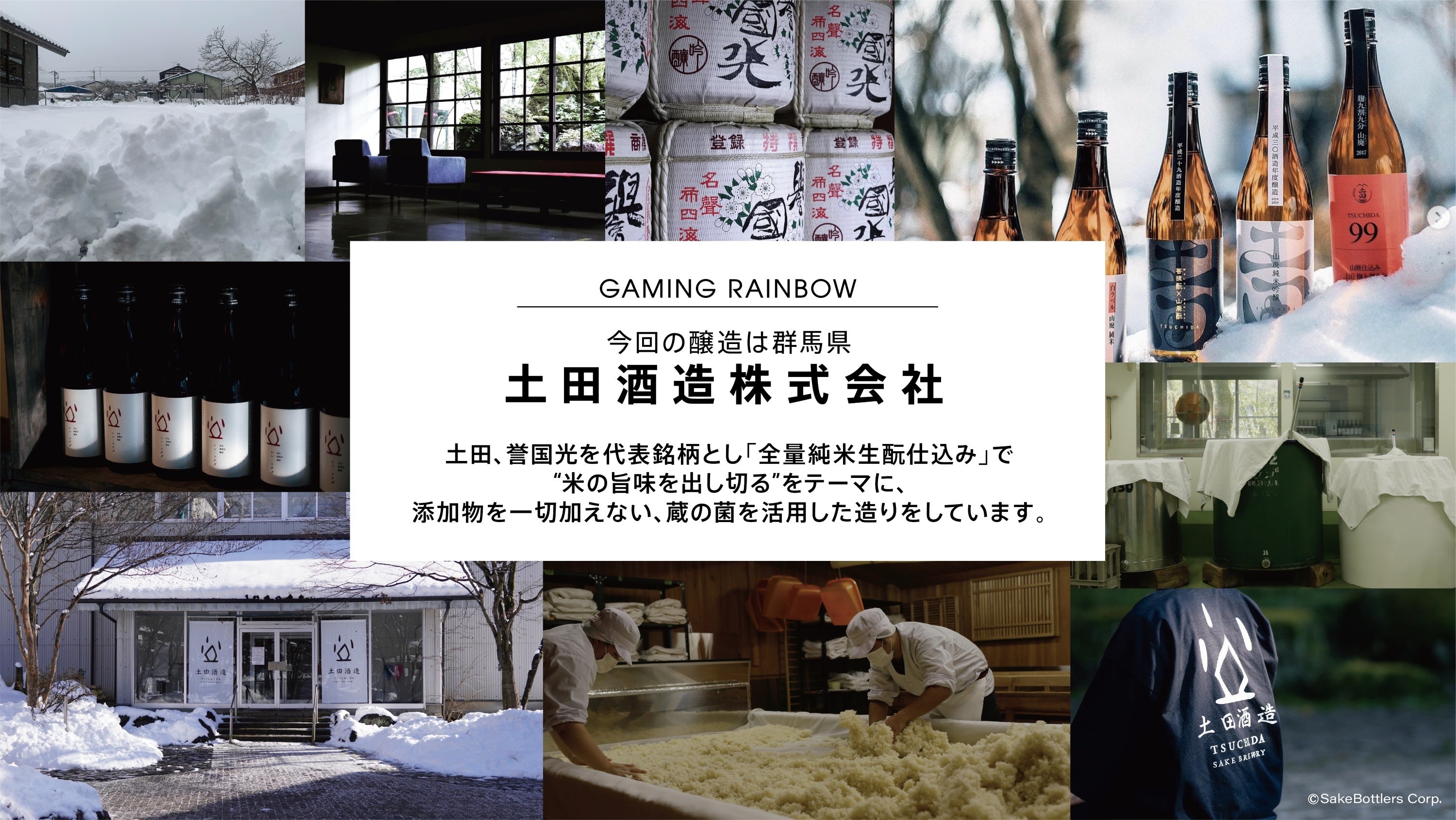 The desired taste
The taste of gaming sake was examined by converting scenes and emotions into the taste of sake.
・ Scene, emotion
I want to reset, I want to raise tension, I want to concentrate in a sense, I want to have interesting ideas, I want to enjoy the situation, I want to be fun even if I get drunk. Take a sip and return to the game. Place it on your PC desk or table. There isn't much pairing because it's in the game.

As a result of converting the above into a taste, the taste is sweet, strong and stretchy, yet sharp, and in a word, it is described as "a big crouching punch". Since the special move is too strong and I get tired of it, I decided that it is important to keep drinking as a normal move. In addition, it is an upper system. 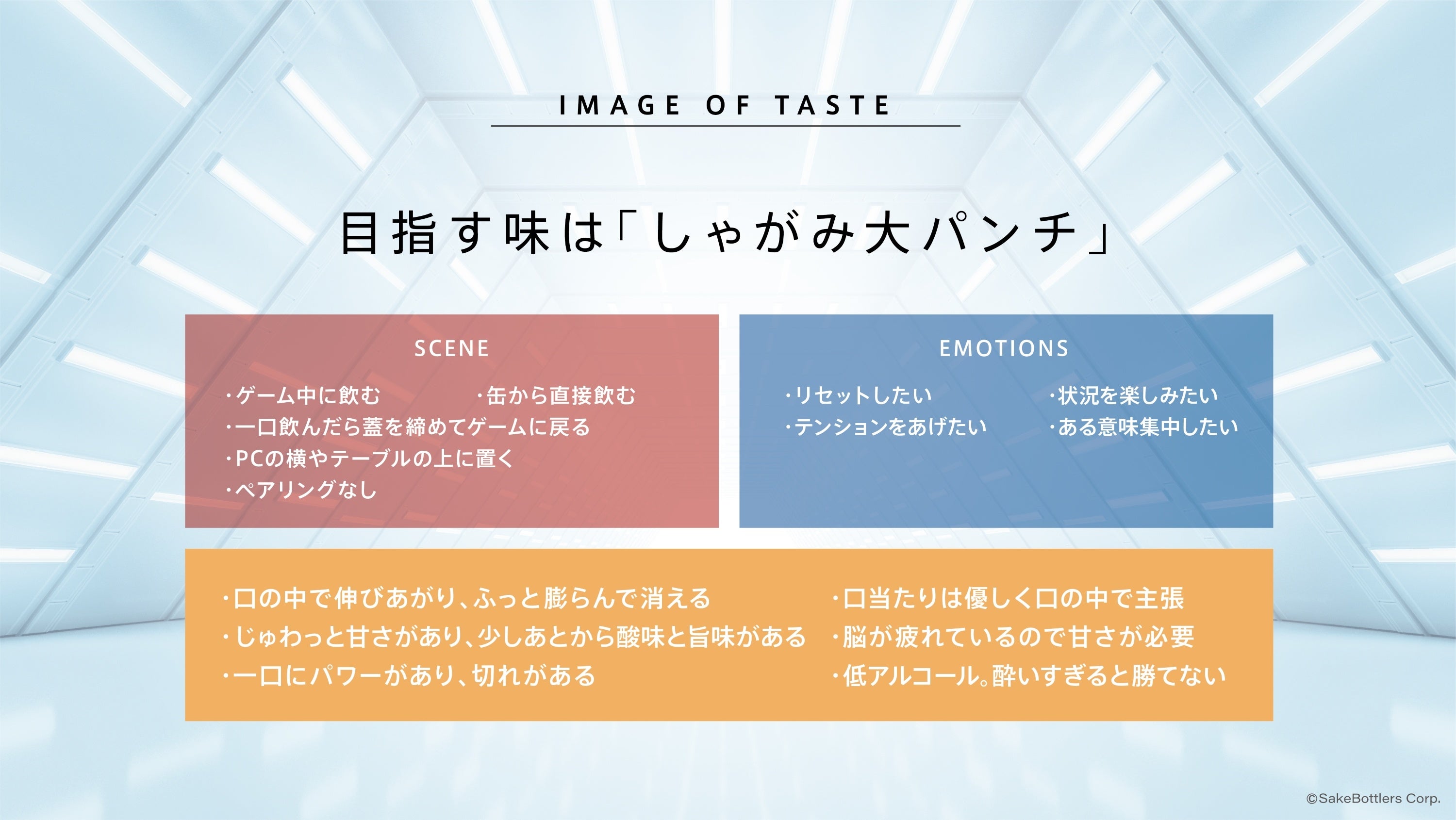 We outsourced to Tsuchida Sake Brewery and started brewing, but in fact, we are not satisfied with the first sake we made, so we are remaking sake.

We have prepared not only sake but also card games and puzzle returns so that you can drink it according to various games. In addition, we have prepared many types of sets with goods that utilize the illustrations of the two illustrators.
We offer a wide variety of goods for fans, such as autographed duplicate original drawings, jigsaw puzzles, tote bags, glasses and apron. 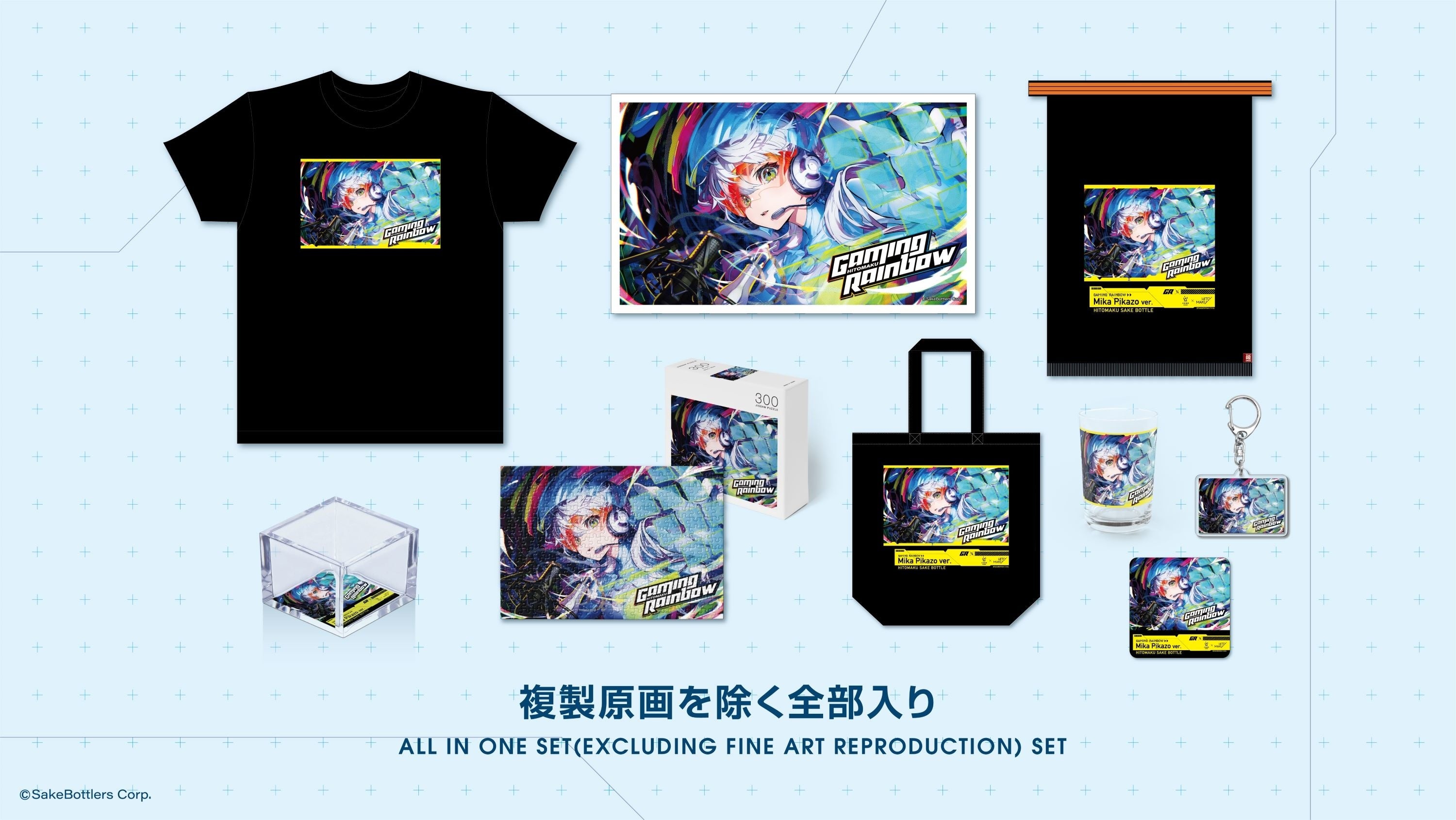 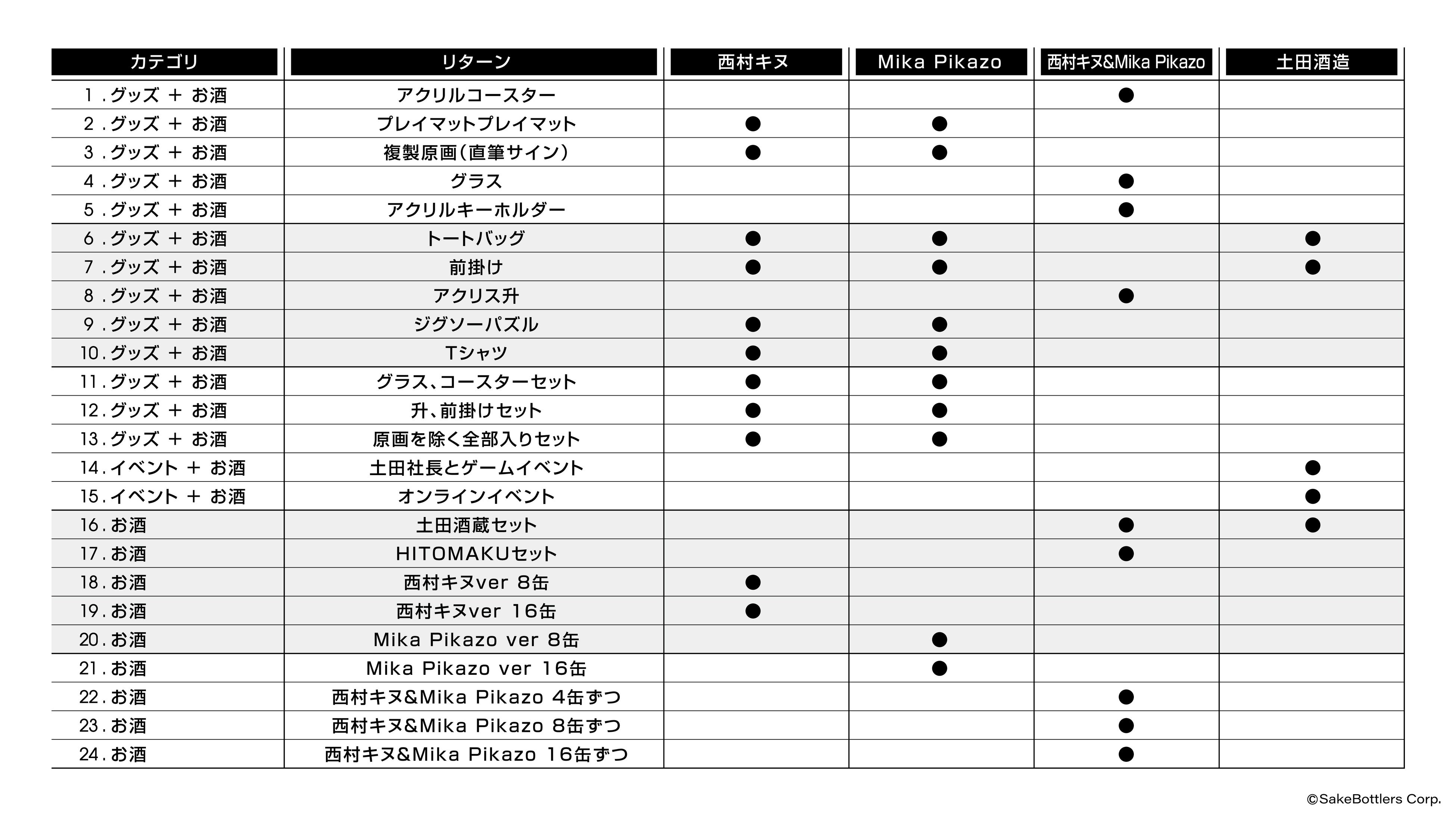 The first tasting and sales event of "HAVE FUN RED" and "CHALLENGE BLUE" in the "HITOMAKU" series will be held on May 21, 2022 (Sat) at Takao "Takaone" and on Saturday, May 28, 29 (Sun) in Kuramae. It will be held at "Maskramae". (* Depending on the spread of new coronavirus infections in the future, we may decide to cancel the event. Thank you for your understanding.)

Mt. Takao "Takaone" (Saturday, May 21, 2022)
"HITOMAKU" is perfect for camping and traveling in the coming season, where you can easily enjoy delicious hot sake for just one minute by putting the bottle in boiling water. At this event, two types of tasting, HITOMAKU HAVE FUNRED and CHALLENGE BLUE, will be served hot and cold. Enjoy delicious sake while surrounding the bonfire. 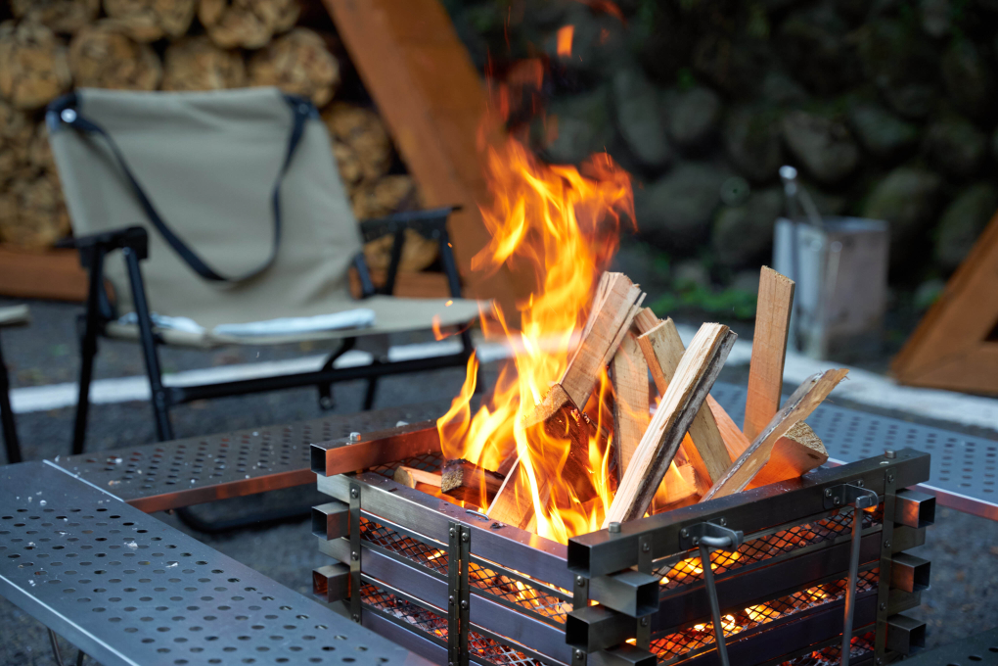 ■ Date and time
・ Saturday, May 21, 2022 16: 00-20: 00
■ Venue
・ Takao Yamaguchi station square experience-based hotel "Takaone" 1F "NAKA-NIWA" ( https://takaone.jp/hotel/ )
■ Participation fee
・ Free participation in the event
* If you want to enjoy the bonfire individually in a space other than the space prepared by the organizer, a bonfire usage fee of 800 yen is required. 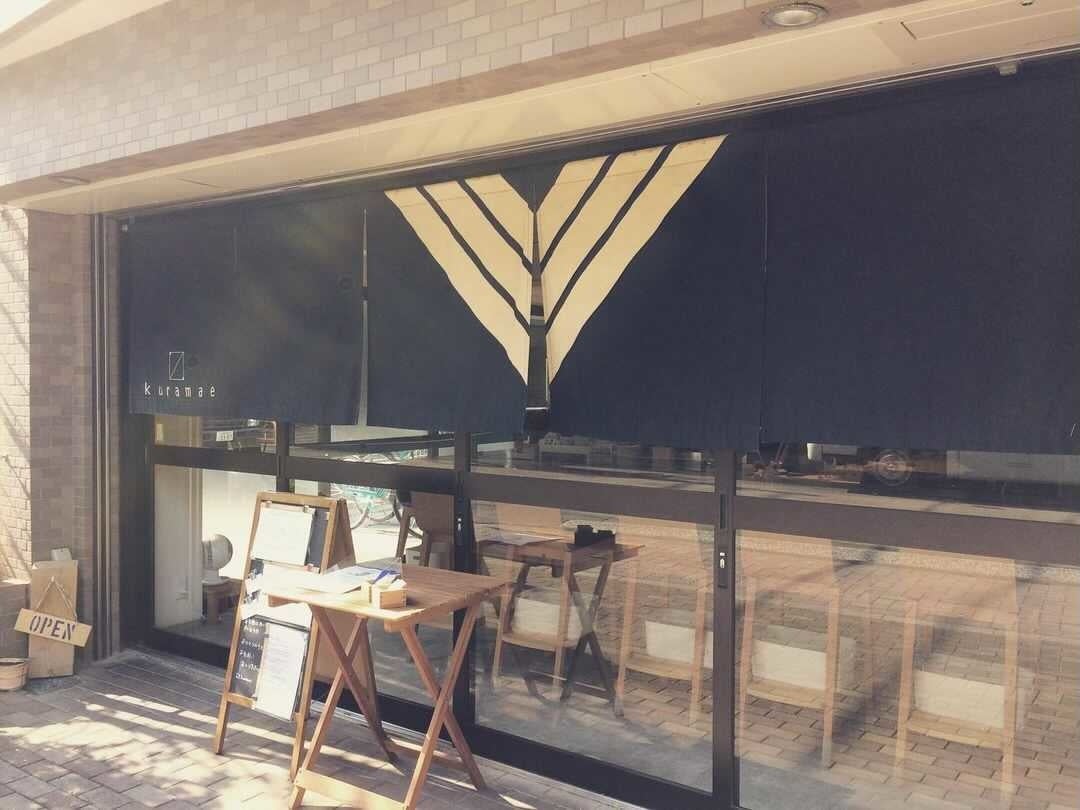 An event "Monomachi" will be held on 5/27 (Fri.)-29 (Sun.) at Okachimachi-Kuramae-Asakusabashi to experience the charm of "town" and "manufacturing" ( https://monomachi.com/ ). ..
For two days on May 28th and 29th, the tasting sale will be held while explaining HITOMAKU directly at the popular Japanese izakaya "Maskramae" ( https://tabelog.com/tokyo/A1311/A131103/13202238/ ) in Kuramae. I will carry it out. Please feel free to drop by as it will be a standing drink with a ticket system. In addition, dishes that match HITOMAKU will be provided.
In addition, a sample can of gaming sake "GAMING RAINBOW" will be exhibited on the day. 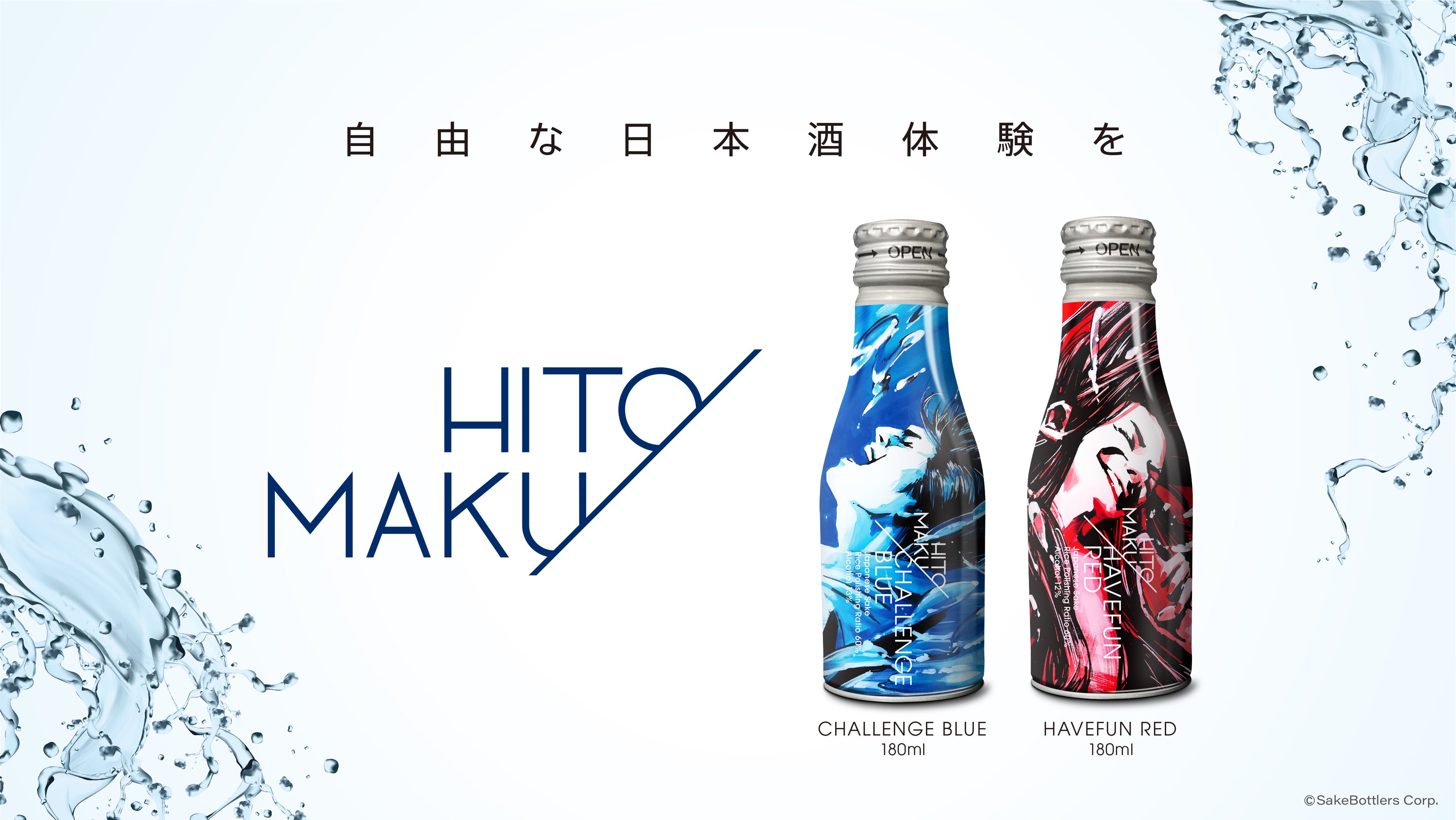 The first product was released by crowdfunding at the end of March 2021. Expanding the design, taste, and usage scenes of sake that has never been seen before. With the key message of "free experience of sake," we are producing sake so that you can easily drink sake in a scene where you have never had sake before.
In response to the voice that four gobos are too much, the small size matches the demand for home drinking and outdoor activities, and in 2021 crowdfunding, we achieved support of 2,440,500 yen.
Currently, we are expanding sales mainly on the official website ( https://www.sakebottlers.com ).
Not only media news related to sake, but also outdoor and lifestyle media are beginning to be featured.